What parts of the social world admit of explanation? 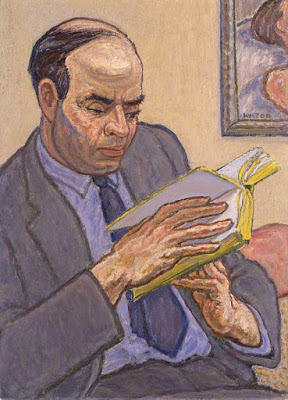 When Galileo, Newton, or Lavoisier confronted the natural world as “scientists,” they had in mind reasonably clear bodies of empirical phenomena that required explanation: the movements of material objects, the motions of the planets, the facts about combustion. They worked on the hope that nature conformed to a relatively small number of “fundamental” laws which could be discovered through careful observation and analysis. The success of classical physics and chemistry is the result. In a series of areas of research throughout the eighteenth and nineteenth centuries  it turned out that there were strong governing laws of nature — mechanics, gravitational attraction, conservation of matter and energy, electromagnetic propagation — which served to explain a vast range of empirically given natural phenomena. The “blooming, buzzing confusion” of the natural world could be reduced to the operation of a small number of forces and entities.

This finding was not metaphysically or logically inevitable. Nature might have been less regular and less unified than it turned out to be. Natural causes could have fluctuated in their effects and could have had more complex interactions with other causes than has turned out to be the case. Laws of nature might have varied over time and space in unpredictable ways. So the success of the project of the natural sciences is both contingent and breathtakingly powerful. There are virtually no bodies of empirical phenomena for which we lack even a good guess about the underlying structure and explanation of these phenomena; and these areas of ignorance seem to fall at the sub-atomic and the super-galactic levels.

The situation in the social world is radically different, much as positivistically minded social scientists have wanted to think otherwise. There are virtually no social processes that have the features of predictability and smoothness that are displayed by natural phenomena. Rather, we can observe social processes of unlimited granularity unfolding over time and space, intermingling with other processes; leading sometimes to crashes and exponential accelerations; and sometimes morphing into something completely different.

Imagine that we think of putting together a slow-motion data graphic representing the creation, growth, and articulation of a great city — Chicago, Mexico City, or Cairo, for example. We will need to represent many processes within this graphic: spatial configuration, population size, ethnic and racial composition, patterns of local cooperation and conflict, the emergence and evolution of political authority, the configuration of a transportation and logistics system, the effects of war and natural disaster, the induced transformation of the surrounding hinterland, and the changing nature of relationships with external political powers, to name a few. And within the population itself we will want to track various characteristics of interest: literacy levels, school attendance, nutrition and health, political and social affiliation, gender and racial attitudes and practices, cultural and religious practices, taste and entertainment, and processes of migration and movement. We might think of this effort as a massive empirical project, to provide a highly detailed observational history of the city over a very long period of time. (Cronon’s Nature's Metropolis: Chicago and the Great West is a treatment of the city of Chicago over the period of about a century with some of these aspirations.)

But now what? How can we treat this massive volume of data “scientifically”? And can we aspire to the ambition of showing how these various processes derive from a small number of more basic forces? Does the phenomenon of the particular city admit of a scientific treatment along the lines of Galileo, Newton, or Lavoisier?

The answer is resoundingly no. Such a goal displays a fundamental misunderstanding of the social world. Social things and processes at every level are the contingent and interactive result of the activities of individual actors. Individuals are influenced by the social environment in which they live; so there is no reductionist strategy available here, reducing social properties to purely individual properties. But the key words here are “contingent” and “interactive”. There is no God’s-eye answer to the question, why did Chicago become the metropolis of the central North American continent rather than St. Louis? Instead, there is history — the choices made by early railroad investors and route designers, the availability of timber in Michigan but not Missouri, a particularly effective group of early city politicians in Chicago compared to St. Louis, the comparative influence on the national scene of Illinois and Missouri. These are all contingent and path-dependent factors deriving from the situated choices of actors at various levels of decision making throughout the century. And when we push down into lower levels of the filigree of social activity, we find equally contingent processes. Why did Motown come to dominate musical culture for a few decades in Detroit and beyond? Why did professional football take off but professional soccer did not? Why are dating patterns different in Silicon Valley than Iowa City? None of these questions have law-driven answers. Instead, in every case the answer will be a matter of pathway-tracing, examining the contingent turning points that brought us to the situation in question.

What this argument is meant to make clear is that the social world is not like the natural world. It is fundamentally “historical” (meaning that the present is unavoidably influenced by the past); contingent (meaning that events could have turned out differently); and causally plural (meaning that there is no core set of “social forces” that jointly serve to drive all social change).

It also means that there is no “canonical” description of the social world. With classical physics we had the idea that nature could be described as a set of objects with mass and momentum; electromagnetic radiation with properties of frequency and velocity; atoms and molecules with fixed properties and forces; etc. But this is not the case with the social world. New kinds of processes come and go, and it is always open to a social researcher to identify a new trend or process and to attempt to make sense of this process in its context.

I don’t mean to suggest that social phenomena do not admit of explanation at all. We can provide mid-level explanations of a vast range of social patterns and events, from the denuding of Michigan forests in the 1900s to the incidence of first names over time. What we cannot do is to provide a general theory that suffices as an explanatory basis for identifying and explaining all social phenomena. The social sciences are at their best when they succeed in identifying mechanisms that underlie familiar social patterns. And these mechanisms are most credible when they are actor-centered, in the sense that they illuminate the ways that individual actors’ behavior is influenced or generated so as to produce the outcome in question.

In short: the social realm is radically different from the natural realm, and it is crucial for social scientists to have this in mind as they formulate their research and theoretical ideas.

(I used the portrait of Dos Passos above for this post because of the fragmented and plural way in which he seeks to represent a small slice of social reality in U.S.A. This works better than a single orderly narrative of events framed by the author's own view of the period.)

It seems to me one needs a theory of this. If there is no canonical explanation, why? Complexity? Otherwise it smacks of religious nonsense.

I would also add this:

The city system and the use of entropy in urban analysis

"... It emerges that the concept of entropy can be used in studies of urban spatial structure as an integrating concept provided that our terms are defined explicitly and unambiguously."

Thanks, Ryan and Jason -- Here's the thought I have in mind. I think of a "canonical description" as a privileged and most fundamental vocabulary in terms of which a given domain can be described. In classical physics this might be "position, mass, momentum, energy, electromagnetic radiation". The idea is that the descriptive vocabulary is both universal and complete: it applies to all physical situations, and there is no property of the physical situation that cannot be fully represented in some logical compound of these properties. My point in the post is that there is no single, universal and complete vocabulary that serves to describe and locate all social situations. Instead, social scientists invent new concepts to capture phenomena they observe. The ideas of "charisma" or "habitus" aren't logically inevitable in describing the social world, and there are other vocabularies in terms of which we could describe the social set-ups that we characterize in terms of these concepts. So there is no canonical social vocabulary. In particular, the concepts of rational choice theory and microeconomics cannot function as a complete and universal vocabulary: rational self interest, maximizing behavior, preference.

A very interesting piece! It made me think right away of Hermann Hesse's "Magister Ludi/The Glass Bead Game", where the players of the devote themselves to study and training for the Game, which involves the weaving together of myriad causal, aesthetic, historical and many other factors to yield an artful form of long-form protracted debate, of sorts.

I always thought it was interesting that Hesse never allows the reader to actually view a Game itself, which instead is extensively described and yet not specified — doubtless because he realized that the task would in practice prove a significantly formidable undertaking, much as you point out in your post.