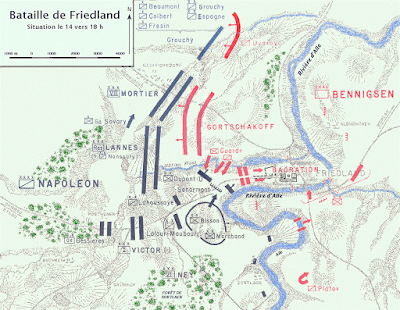 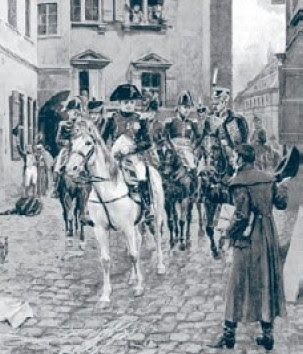 Recent posts have raised questions about formulating a rational plan of life. This way of putting the question highlights "rationality," which has the connotation of short-term, one-off decision making. And this implication plainly does not fit the problem of life planning very well -- as noted in the two prior posts on this topic. Living a life is more like the making of a great sculpture than it is planning a Napoleonic military campaign. But what if we shifted the terms of the question and asked instead, what is involved in being deliberative and reflective about the direction of one's life? Does this give more room for bringing the idea of rationality into the idea of a life plan?

Being deliberative invokes the idea of considering one's goals reflectively and in comparison, considering strategies and actions that might serve to bring about the realization of these goals, and an ongoing consideration of the continuing validity of one's goals and strategies. Instrumental rationality takes a set of goals as being fixed; deliberative rationality works on the assumption that it is possible to reason reflectively about one’s goals themselves. This is the thrust of Socrates’ “unexamined life” — the good life requires reflection and deliberation about the things one seeks to achieve in life. Here is how Aristotle describes deliberation in the Nicomachean Ethics, book 3:


We deliberate about things that are in our power and can be done; and these are in fact what is left. For nature, necessity, and chance are thought to be causes, and also reason and everything that depends on man. Now every class of men deliberates about the things that can be done by their own efforts. And in the case of exact and self-contained sciences there is no deliberation, e.g. about the letters of the alphabet (for we have no doubt how they should be written); but the things that are brought about by our own efforts, but not always in the same way, are the things about which we deliberate, e.g. questions of medical treatment or of money-making. And we do so more in the case of the art of navigation than in that of gymnastics, inasmuch as it has been less exactly worked out, and again about other things in the same ratio, and more also in the case of the arts than in that of the sciences; for we have more doubt about the former. Deliberation is concerned with things that happen in a certain way for the most part, but in which the event is obscure, and with things in which it is indeterminate. We call in others to aid us in deliberation on important questions, distrusting ourselves as not being equal to deciding. (Nicomachean Ethics, book 3)

What Aristotle focuses on here is choice under conditions of uncertainty and complexity. Deliberation is relevant when algorithms fail -- when there is no mechanical way of calculating the absolutely best way of doing something. And this seems to fit the circumstance of planning for a life or career.

How does “deliberation” come into the question of life plans? It is essential.

(1) The goals a person pursues in life cannot be specified exogenously; rather, the individual needs to consider and reflect on his or her goals in an ongoing way. Aristotle was one of the first to reveal that often the goals and goods we pursue are, upon reflection, derivative from some more fundamental good. But Kant too had a position here, favoring autonomy over heteronomy. Reflection allows us to gain clarity about those more fundamental goods that we value.

(2) The strategies and means that we choose may have only a superficial correspondence to our goods and values which is undercut by more rigorous examination. We may find that a given mode of action, a strategy, may indeed lead to good X, but may also defeat the achievement of Y, which we also value. So deliberative reflection about the strategies and actions we choose can allow us to more fully reconcile our short-term strategies with our long-term goals and goods.

Economists and philosophers have sometimes maintained that values and goals do not admit of rational consideration. But this is plainly untrue. At the very least it is possible to discover positive and negative interactions among our goals and desires — the desire to remain healthy and the desire to eat ice cream at every meal are plainly in conflict. Less trivially, the goal of living life in a way that is respectful of the dignity of others is inconsistent with the goal of rising to power within a patriarchal or racist organization. It is possible that there are values that are both fundamental and incommensurable — so that rational deliberation and reflection cannot choose between them. But it is hard to think of examples in which this kind of incommensurability arises as a practical problem.

Consider Bruce, Jorge, and Filippo. Bruce believes that being wealthy by the age of 60 is the most important thing in his life. Jorge believes that attaining a state of spiritual fulfillment by the age of 60 is most important. And Filippo believes that having circumstances of life by age 60 in which he is involved in satisfying work, has successful family relationships and friendships, and has enough income and wealth to support a decent middle-class life is most important. Are there reasonable considerations that any one of these individuals could bring to bear against another to suggest that the other’s goals are incomplete or defective?

Aristotle addresses Bruce directly by asking how wealth could possible be a fundamental good. What does Bruce want to gain by achieving great wealth? Aren’t these activities and goods more fundamental than the wealth itself? This line of argument perhaps succeeds in persuading Bruce to give more thought to what he wants out of life — not wealth, but the things that wealth permits him to do.

Jorge may seem to be just like Bruce except he values spiritual fulfillment rather than money. Indeed, they are similar in that there is only one dimension to their life goals. But Jorge can at least maintain against Bruce that his goal is good in itself, not because of its ability to bring about some other desirable thing.

Finally, Filippo. Filippo has a more complex set of life goals, none of which reduces to a combination of the others. It is true that these goals require tradeoffs in behavior and effort; strategies that enhance friendships may depress the attainment of wealth, for example. But I think it is Filippo that we think of when we imagine a person with a reflective and deliberative life plan: a person who has identified a small but plural set of longterm goals, and who recognizes that it is necessary in the moment to find ways of balancing the attainment of one with what it takes to attain more of the other.

We might think of life planning as being less like a blueprint for action and more like a navigational guide. We might think of the problem of making intermediate life choices as being guided by a compass rather than a detailed plan — the idea that we do good work on living if we guide our actions by a set of directional signals rather than a detailed map. Life outcomes result from following a compass, not moving towards a specific GPS point on a map.

There is an analogy with business planning here. Consider the actions and plans of a CEO of a company. His or her choices in concrete decision moments are guided by several important considerations: remain profitable; prepare the ground today for viable business activity tomorrow; create an environment of trust and respect among the employees of the company; make sure that company choices also take the wellbeing of the community into account; treat employees fairly; anticipate changes in the marketplace that might dictate change in process or product within the company. But there is no certainty, no fixed prescription for success, and no algorithm for balancing the goods that the firm's leadership pursues. The successful firm will have built its success over a long series of decisions oriented towards the fundamental values of the business.

(The reference to Napoleon in Jena in the graphics above is pertinent because of the implications that Hegel drew from his experience of Napoleon as a "world historical figure". Hegel was clear that, even with a brilliant commander and a great general staff, Napoleon's ambitions in Europe were based on an unavoidably incomplete knowledge of the terrain of history. "The Owl of Minerva spreads its wings only at the falling of the dusk.")