What is anchor individualism? 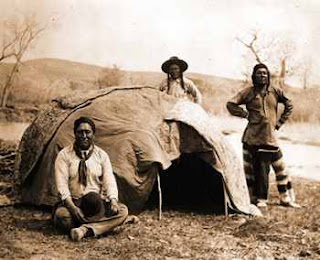 Brian Epstein has attempted to shake up some of our fundamental assumptions about the social world in the past several years by challenging the idea of "ontological individualism" -- the idea that social things consist of facts about individuals in action, thought, and interaction, and nothing else. Here is how he puts the idea in "Ontological Individualism Reconsidered": "Ontological individualism is the thesis that facts about individuals exhaustively determine social facts” (link). He believes this ontological concept is false; he disputes the idea that the social world supervenes upon facts about individuals; and he argues that there are some social facts or circumstances that cannot be parsed in terms of facts about combinations of individuals. His arguments are pulled together in a very coherent way in The Ant Trap: Rebuilding the Foundations of the Social Sciences, but he has made the case in earlier articles as well (link).

Epstein's primary reason for doubting ontological individualism is a notion he shares with John Searle: that social action often involves a setting of law, convention, interpretation, presupposition, implicature, or rule that cannot be "reduced" to facts interior to the individuals involved in an activity. Searle's concept of a "status fact" is an example (link): the fact that John is an Imam is not a purely individual-level fact about John. Instead, it presupposes a structure of religious institutions, rules, procedures, and beliefs, in light of which John's history of interactions with other individuals and settings qualifies him as "Imam".

Here is one of his efforts to explain the point:

Frames, evidently, are institutional contexts, or contexts of meaning, in the terms of which individual actions are situated. They constitute the difference between a bare set of behaviors and a full-blooded social action. Alfred lifts his right hand to his cap; this is a bodily motion. Alfred salutes his superior officer; this is an institutionally defined action that depends upon a frame of military authority and obligation, in the context of which the behavior constitutes a certain kind of social action. (This sounds rather similar, incidentally, to Ryle and Geertz on the "wink" and the distinction between thin and thick description; Geertz, "Thick Description" in The Interpretation Of Cultures.) A frame principle is a stipulation of how an action, performance, or symbolic artifact is constituted, what makes it the socially meaningful thing that it is -- a hundred dollar bill, a first-degree murder, or an Orthodox rabbi. Plainly a frame principle looks a lot like a rule or a constitutive declaration: "any person who received the degree of Bachelors of Science in Accounting, completed 150 credit hours of study, and passed the CPA exam is counted as a "certified public accountant".)

But a mere stipulation of status is not sufficient. If one person individually decides that a university president shall be henceforward be understood to have the authority to perform marriage ceremonies, this private declaration does not change the status definition of "university president." Rather, the stipulation must itself have some sort of social validity. It must be "anchored". We can say specifically what would be required to anchor the status definition of university president considered here; it would require a valid act of legislation that creates this power, and there would need to be widespread recognition of the political legitimacy and bindingness of the new legislation.

Epstein observes that Searle believes that anchoring of a frame principle always comes down to "collective acceptance" (103). But Epstein notes that other theorists have a broader conception of anchoring: attitudes, conforming behaviors, conventions, shared values about political legitimacy, acts of legislatures, and so on. What anchor individualism asserts is that each of these forms of anchoring can be related to the attitudes, beliefs, and performances of individuals and groups of individuals.

So on Epstein's view, there are two complementary versions of individualism. Ontological individualism is a thesis about what is required for grounding a social fact. Ontological individualism maintains that social facts are grounded in the behaviors and thoughts of individuals. But Epstein thinks there is still something else to represent in our picture of social ontology. We need to be able to specify what circumstances anchor the frame principles themselves. That is the circumstances that make an action or performance the kind of action that it is. To call a performance a "marriage" brings with it a long set of presuppositions about history, status, and validity. These presuppositions constitute a certain kind of frame principle. But we can then ask the question, what makes the frame principle binding in the circumstances? This is where anchoring comes in; anchoring is the set of facts that create or document the "bindingness" of the frame principles in question.

In my reading what makes this a distinctive view from traditional thinking about the relationship between individuals and social facts is the effort it represents to formalize the logical standing of circumstances that are intuitively crucial in social interactions: the significance, rule-abiding-ness, legitimacy, and conventionality of a given individual-level behavior. And these circumstances are necessarily distributed across a large group of people, involving the kinds of socially reflexive ideas that Searle thinks are constitutive of the social world: presuppositions, implicatures, rules, rituals, conventions, meanings, and practices. There is no private language, and there is no private practice. (There are things we do purely individually and privately; but then these do not constitute "practices" in the socially meaningful sense.) So the kinds of things that an anchor analysis calls out are social things.

But it also seems fair to observe that the facts that anchor a practice, convention, or rule are indeed facts that depend upon states of mind and action of individual actors. So anchor individualism remains a coherent kind of individualism. These anchoring facts have microfoundations in the thoughts, behavior, habits, and practices of socially situated individuals.