Complementarity of thick and thin theories of the actor 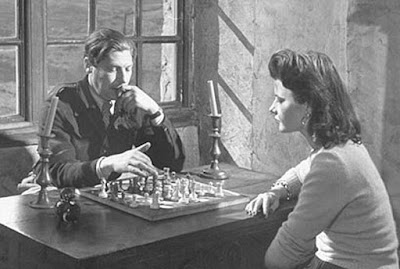 There is a range of approaches to the social sciences that fall under the umbrella of "actor-centered" theories (link). The chief fissure among these theories is that between "thin" and "thick" theories of the actor -- theories which provide less or more detail about the mental frameworks and beliefs of the actors being described. The extremes of the two types of theories range from pure rational choice theory to social psychology and ethnography. The two types of theories have complementary strengths and weaknesses. Thin theories, including especially rational choice theory and game theory, make use of a particularly sparse theory of the actor’s decision framework. This approach provides a basis for representing the motives and decisions of actors that can be readily incorporated into powerful techniques of simulation and calculation. Thick theories, including pragmatist and ethnomethodological theories, offer a basis for investigating particular social settings of action in detail, and they provide an in-depth basis for explaining and understanding the choices, judgments, and behavior of the individuals they study. But thick theories are not so readily incorporated into simulation models, precisely because they do not provide abstract, general characterizations of the individual’s action framework.

These comments make the contrast sound like a familiar set of oppositions: nomothetic explanation versus idiographic interpretation; causal explanation versus hermeneutic interpretation. And this in turn suggests that rational choice theory will be good at arriving at generalizations, whereas pragmatist and ethnographic theories will be good at providing satisfying interpretations of the actions of individuals in concrete social and historical circumstances, but not particularly good at providing a basis for general explanations.

The situation is not quite so binary as this suggests, however. A central tool for actor-centered research is set of simulation techniques falling under the rubric of agent-based models. To date ABMs have tended to use thin theories of the actor to represent the players in the simulation. However, it is entirely possible for agent-based models to incorporate substantially greater levels of specificity and granularity about the action frameworks of the individuals in specific circumstances. An ABM can introduce different kinds of agents into a simulation, each of which embodies a specific set of beliefs and modes of reasoning. And it can be argued that this increase in granularity provides a basis for a better simulation of complex social processes involving heterogeneous kinds of actors.

For example, a simulation of the political appeal of a nationalistic politician like Donald Trump may benefit by segmenting the electorate into different categories of voters: white nationalists, aging blue-collar workers, anti-globalization young people, .... And the model should represent the fact that actors in these various segments have substantially different ways of making political judgments and actions. So ABM simulations can indeed benefit from greater “thickness” of assumptions about agents. (This was illustrated in the discussion of the Epstein rebellion model earlier; link.)

On the other hand, it is possible to use RCT and DBO theories to illuminate historically particular instances of action -- for example, the analysis of historically situated collective action along the lines of Margaret Levi's review in "Reconsiderations of Rational Choice in Comparative and Political Analysis" (link). These theories can be applied to specific social circumstances and can provide convincing and satisfying interpretations of the reasoning and actions of the agents who are involved. So narrative explanations of social outcomes can be constructed using both thick and thin assumptions about the actors.

Moreover, the explanatory strength of thick theories is not limited to the degree to which they can be incorporated into formal simulations -- what can be referred to as "aggregation dynamics". It is clear that real explanations of important phenomena emerge from research by sociologists like Michele Lamont in Money, Morals, and Manners: The Culture of the French and the American Upper-Middle Class (link), Al Young in The Minds of Marginalized Black Men: Making Sense of Mobility, Opportunity, and Future Life Chances (link), and Erving Goffman in Behavior in Public Places: Notes on the Social Organization of Gatherings (link). We understand better the dynamics of the French professional classes, inner city neighborhoods, and asylums when we read the detailed and rigorous treatments that micro-sociologists provide of these social settings.

What this suggests is that analytical sociology would be well advised to embrace pluralism when it comes to theories of the actor and methods of application of actor-based research. Thick and thin are not logical contraries, but rather complementary ways of analyzing and explaining the social worlds we inhabit.