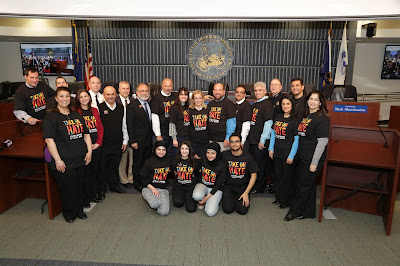 There are a few considerations that make it clear that reforms leading to large social change in a short time will be very difficult. The example of the War on Poverty discussed in the prior post is instructive (link). On the one hand this case demonstrates that determined political leadership can succeed in focusing large amounts of resources in deliberate policy packages aimed at solving big problems. On the other hand detailed review of the WoP shows that there are very hard questions about causation and policy effectiveness that are still hard to answer (Bailey and Danzinger, Legacies of the War on Poverty).

One reason for the difficulty of large interventions is that these social problems are "wicked problems" with densely interconnected sets of causes (link). John Kolko defines a wicked problem in these terms:


A wicked problem is a social or cultural problem that is difficult or impossible to solve for as many as four reasons: incomplete or contradictory knowledge, the number of people and opinions involved, the large economic burden, and the interconnected nature of these problems with other problems. Poverty is linked with education, nutrition with poverty, the economy with nutrition, and so on. These problems are typically offloaded to policy makers, or are written off as being too cumbersome to handle en masse. Yet these are the problems—poverty, sustainability, equality, and health and wellness—that plague our cities and our world and that touch each and every one of us. (link)

The interconnected nature of these difficult social problems means that attacking one component of causes may inadvertently worsen another source of causation, making the original problem worse. This is one of the discoveries that emerged from the effort to invoke systems engineering and the expertise of the aerospace industry to address urban problems in the 1960s (Hughes and Hughes, Systems, Experts, and Computers: The Systems Approach in Management and Engineering, World War II and After).

Another source of difficulty in addressing large system social problems is the question of scale of the resources that any actor can bring to bear on a large social problem. Private organizations have limited resources, and governments are increasingly constrained in their use of public resources by anti-tax activism. Cities are chronically caught in fiscal crises that make long-term investments difficult or impossible. And Federal funding since the Reagan revolution has been subject to intense opposition by the right. Finally, it is almost always true that a given strategy of change produces winners and losers, and groups that stand to lose something of value through the exercise of a strategy have many means of resisting change -- through lobbying, through strategic use of the legal system, or through exit. It is often difficult to build a sustainable consensus of political support for a large strategy of transformation or to overcome self-interested opposition.

That said, change sometimes occurs, and it sometimes occurs as a result of determined and intelligent strategic work by one or more agents of change. Recent examples in Michigan include the "Grand Bargain" that resolved the Detroit bankruptcy; the substantial progress achieved by a new Detroit mayor on delivering city services; substantial economic recovery in the state of Michigan since the 2007 recession; and the success of the Affordable Care Act in bringing health coverage to tens of millions of previously uninsured Americans (including about 600,000 in Michigan alone).

So it is possible for important social change to occur through deliberate political and policy action. But notice the limits of each of the examples cited here. Each involves taking a fairly simple policy step and maintaining political support for carrying out that policy. Too many uninsured people? Design a way of expanding an existing program to make health insurance more available to poor and middle-income individuals and families. The politics were horrendously difficult for President Obama, but the mechanics were clear. Need to save pensions and a world-class art collection from the  Detroit bankruptcy process? Do some fundraising on a very large scale to allow an acceptable resolution of the bankruptcy process that preserves these two core things. Again, the task of maintaining the coalition was enormously difficult, but the mechanics of the strategy were not very different from other kinds of fundraising efforts in support of collective goods.

Let's think about the problem from another angle. What needs to happen in order for large social change to occur? Here are a couple of categories of change: change of law and policy; change of widespread social values; change of widespread patterns of behavior and disposition (smoking, racism, education); change of distribution of outcomes across a diverse population (health, income, residence). These examples fall in a couple of large types: setting legal and bureaucratic structures (Civil Rights Act, Department of Housing and Urban Development), influencing behavior, and changing values and attitudes.

What are the levers of change for these different kinds of social reality? Consider first structures. Law, policy, and taxation are the result of political and legislative competition. So legislative agendas by politicians and advocacy by interest groups and lobbyists are the main variables in determining the success or failure of a given initiative. The War on Poverty is a good example; the Johnson administration sought to create a number of large funding programs affecting housing, education, and employment, and it succeeded in part in many of these initiatives because the Democrats controlled both houses of Congress. (Though recall the frustration expressed by President Johnson at Congressional underfunding of many of these initiatives, expressed in his message to Congress on cities; link.)

Governments can address problems like these from two broad avenues: anti-discrimination law and policy initiatives aimed at addressing the obstacles that stand in the way of economic opportunity. Civil rights legislation supporting voting rights and legislation aimed at eliminating discrimination represent the first lever. Using federal funds to improve urban transportation and housing illustrates the latter.

Using the power of the state to raise revenues for initiatives like these through taxation is crucial. The War on Poverty was not chiefly an effort at persuasion; it was a determined political effort to direct Federal resources at enormously important national problems.

Policy change is hard. But achieving behavioral, attitudinal, and cultural change is even harder, it would appear. There is a lot of uncertainty about the causal mechanisms that might drive culture and behavioral change on a large scale. Further, there is often deep conflict about the content of culture change: what is a favorable attitude change for one group is anathema for another. Both considerations point in the direction of privileging non-governmental organization and community-based organization strategies over governmental strategies. Government and law must pay attention to behavior, not attitudes. So the burden of striving to change attitudes and values seems to belong to private initiatives within civil society. So the non-profit Michigan-based social service organization ACCESS can create and promote the "Take on Hate" program for young people as a way of addressing anti/Muslim bigotry, whereas the Department of Education probably couldn't. The national movement aimed at changing the public's attitudes towards same-sex marriage is a good example of a broad coalition of non-governmental organizations and groups successfully bringing about substantial change in public attitudes over a relatively short time.

In order to achieve lasting solutions to major social problems, it seems that all the avenues mentioned here will be needed: legislative action providing for real equality of opportunity and access for poor people to society's positions and advantages; public investment in factors like improved transportation, education, internet access, and green spaces; and private and collaborative efforts at generating public support for change of policy and behavior on a short list of particularly important social problems.