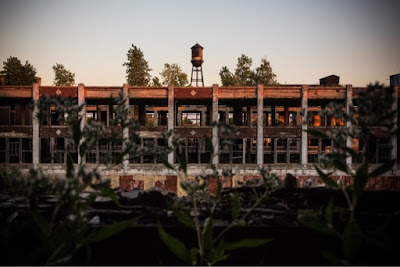 In the United States we have been in the desert for decades when it comes to big, transformative policy reforms aimed at addressing our most serious social issues. But the 1960s marked a decade of vigorous national effort to address some of our most serious and difficult social problems -- racial discrimination, war, poverty, education, and the quality of life of poor children and the elderly. It is worth thinking back to the large ambitions and strategies that were adopted between 1960 and 1968, the election of Richard Nixon.

A very interesting place to begin is Lyndon Johnson's War on Poverty, and especially his 1968 Special Message to the Congress on Urban Problems: "The Crisis of the Cities." (link). Martha Bailey and Sheldon Danziger's volume Legacies of the War on Poverty provides a rigorous specialist assessment of the achievements (and shortcomings) of the war on poverty. Johnson's message is powerful in each of its rhetorical components -- aspiration, diagnosis, and policy recommendations.


The document paints a high-level picture of the way in which cities had developed in the United States in the 19th century and the first half of the 20th century. And the narrative for the 20th century builds to a sense of deepening urban crisis.

We see the results dramatically in the great urban centers where millions live amid decaying buildingswith streets clogged with traffic; with air and water polluted by the soot and waste of industry which finds it much less expensive to move outside the city than to modernize within it; with crime rates rising so rapidly each year that more and more miles of city streets become unsafe after dark; with increasingly inadequate public services and a smaller and smaller tax base from which to raise the funds to improve them.

The document identifies a host of key problems in American cities: inner-city youth with limited education and opportunity; violent crime; deep penetration of prejudice and discrimination in the normal workings of social life; poor public health levels; and disaffection among inner city citizens, both young and old.


The city will not be transformed until the lives of the least among its dwellers are changed as well. Until men whose days are empty and despairing can see better days ahead, until they can stand proud and know their children's lives will be better than their own -- until that day comes, the city will not truly be rebuilt.

The document emphasizes both material and psychological factors -- poor housing and "empty and despairing" lives. Johnson links the crisis of cities with the goals and achievements of the fundamental Civil Rights legislation of the recent past.
Johnson's urban policy recommendations focus on several key city-centered crises: poor housing, inadequate public mass transit, extensive urban blight, high unemployment for young people, and institutions supporting lending and insurance for urban homeowners. The document also recommends increased support for urban-centered social-science research.
What is most noteworthy is the overall ambition of Johnson's agenda: the goal of devoting substantial organizational effort at the federal level (through the establishment of new agencies like HUD) and billions of dollars to implement effective solutions for these awesomely difficult and important social problems. It is striking that we have not had national leaders since LBJ with the courage and vision to set such an ambitious agenda for progressive social change. The persistent problems of poverty, race, and educational failure will be amenable to nothing less.
There is one other aspect of Johnson's message that is of interest here -- the sociology of knowledge implications of the document. This is a good example of a place where an STS approach would be helpful. There is probably an existing literature on the policy expertise that underlay Johnson's reasoning in this document, but I haven't been able to identify the person who drafted this message on Johnson's behalf. But there is obviously a high level of expertise and judgment implicit in this document -- and this certainly doesn't derive from the president himself. What is the paradigm of urban theory and policy that drives the reasoning of the document and the associated policy proposals? And what are the blindspots associated with that historically situated research framework? Causes, outcomes, and levers of change for urban decline are all identified. Are these still credible as empirical theories of urban realities?
Posted by Dan Little at 11:56 AM

By the way, how did America's cities actually do under LBJ's commitment to cities?

Have American cities ever done worse during a six year stretch of booming prosperity as 1963-1969?