Snippets from the Roman world 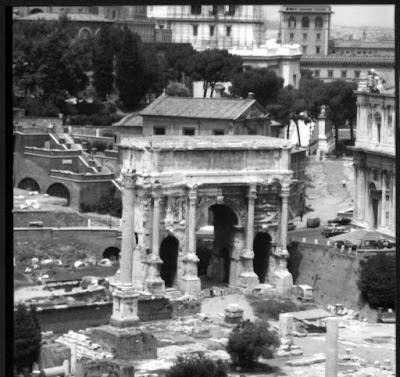 The history of Rome has a particular fascination for twenty-first century readers, especially in the West. Roman law, Roman philosophy, Roman legions, and Roman roads all have a powerful resonance for our imaginations today. Mary Beard's recent SPQR: A History of Ancient Rome is an interesting recent synthesis of the long sweep of Rome's history.

Beard affirms the continuing importance of Roman history in these terms:


Ancient Rome is important. To ignore the Romans is not just to turn a blind eye to the distant past. Rome still helps to define the way we understand our world and think about ourselves, from high theory to low comedy. After 2,000 years, it continues to underpin Western culture and politics, what we write and how we see the world, and our place in it.... The layout of the Roman imperial territory underlies the political geography of modern Europe and beyond. The main reason that London is the capital of the United Kingdom is that the Romans made it the capital of their province Britannia – a dangerous place lying, as they saw it, beyond the great Ocean that encircled the civilised world. Rome has bequeathed to us ideas of liberty and citizenship as much as of imperial exploitation, combined with a vocabulary of modern politics, from ‘senators’ to ‘dictators’. (15)

Much of Beard's treatment is deflationary: she demonstrates that Rome's reality in the first five hundred years was substantially more ordinary and less grand than Roman historians from the time of the Republic and Empire wanted to believe. The population of the city was in the tens of thousands; the armies were more often the retainers of local "big men" (and as often as not ran away when confronted with superior forces); and law and political institutions were very little developed. And yet by the end of the period of the Republic in the first century BCE, Rome had in fact become grand: grand in population (more than a million inhabitants), grand in military power, and grand in the scope of control it exercised over other parts of the known world.

One of the events that Beard deflates is the slave rebellion of Spartacus.


In 73 BCE, under the leadership of Spartacus, fifty or so slave gladiators, improvising weapons out of kitchen equipment, escaped from a gladiatorial training school at Capua in southern Italy and went on the run. They spent the next two years gathering support and withstanding several Roman armies until they were eventually crushed in 71 BCE, the survivors crucified in a grisly parade along the Appian Way.

It is hard now to see through the hype, both ancient and modern, to what was really going on. Roman writers, for whom slave uprisings were probably the most alarming sign of a world turned upside down, wildly exaggerate the number of supporters Spartacus attracted; estimates go as high as 120,000 insurgents. Modern accounts have often wanted to make Spartacus an ideological hero, even one who was fighting the very institution of slavery. That is next to impossible. Many slaves wanted freedom for themselves, but all the evidence from ancient Rome suggests that slavery as an institution was taken for granted, even by slaves. If they had a clearly formulated aim, the best guess is that Spartacus and his fellow escapees wanted to return to their various homes – in Spartacus’ case probably Thrace in northern Greece; for others, Gaul. One thing is certain, though: they managed to hold out against Roman forces for an embarrassingly long time.

What explains that success? It was not simply that the Roman armies sent out against them were ill trained. Nor was it just that the gladiators had discipline and fighting skills developed in the arena and were powered by the desire for freedom. Almost certainly the rebel forces were stiffened with the discontented and the dispossessed among the free, citizen population of Italy, including some of Sulla’s ex-soldiers, who may well have felt more at home on military campaign, even against the legions in which they had once served, than on the farm. Seen in these terms, Spartacus’ uprising was not only an ultimately tragic slave rebellion but also the final round in a series of civil wars that had started twenty years earlier with the massacre of Romans at Asculum that marked the beginning of the Social War. (pp. 248-249). 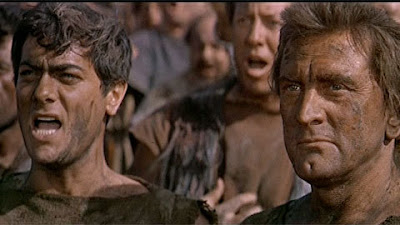 Her view is, apparently, that there was a great deal of hype surrounding the revolt of Spartacus even among the ancients -- embellishment of the size and ideological purposes of the revolt and the heroism of the gladiators. She wants us to understand the ordinary significance of the uprising. But in turn she gives the revolt a larger social significance -- it was a part of the "civil wars" that had wracked Rome for twenty years prior.

From the tragic to the comic -- Beard spends a few pages on the bar scene in the early Empire.


Elite Romans were often even more dismissive – and anxious – about what the rest of the population got up to when they were not working. Their keenness for shows and spectacles was one thing, but even worse were the bars and cheap cafés and restaurants where ordinary men tended to congregate. Lurid images were conjured up of the types of people you were likely to meet there. Juvenal, for example, pictures a seedy drinking den at the port of Ostia patronised, he claims, by cut-throats, sailors, thieves and runaway slaves, hangmen and coffin makers, plus the occasional eunuch priest (presumably off duty from the sanctuary of the Great Mother in the town). And writing later, in the fourth century CE, one Roman historian complained that the ‘lowest’ sort of person spent the whole night in bars, and he picked out as especially disgusting the snorting noise the dice players made as they concentrated on the board and drew in breath through their snotty noses.

There are also records of repeated attempts to impose legal restrictions or taxes on these establishments. Tiberius, for example, apparently banned the sale of pastries; Claudius is supposed to have abolished ‘taverns’ entirely and to have forbidden the serving of boiled meat and hot water (presumably to be mixed, in the standard Roman fashion, with wine – but then why not ban the wine?); and Vespasian is said to have ruled that bars and pubs should sell no form of food at all except peas and beans. Assuming that all this is not a fantasy of ancient biographers and historians, it can only have been fruitless posturing, legislation at its most symbolic, which the resources of the Roman state had no means to enforce.

Elites everywhere tend to worry about places where the lower orders congregate, and – though there was certainly a rough side and some rude talk – the reality of the normal bar was tamer than its reputation. For bars were not just drinking dens but an essential part of everyday life for those who had, at best, limited cooking facilities in their lodgings. As with the arrangement of apartment blocks, the Roman pattern is precisely the reverse of our own: the Roman rich, with their kitchens and multiple dining rooms, ate at home; the poor, if they wanted much more than the ancient equivalent of a sandwich, had to eat out. Roman towns were full of cheap bars and cafés, and it was here that a large number of ordinary Romans spent many hours of their non-working lives. (pp. 455-456)

There is much to enjoy and to reflect upon in Beard's narrative. It is a thought-provoking book. But it is worth asking -- what kind of history is SPQR? Essentially it is the product of a deeply learned historian, a distinguished classicist, who has set out to write an engaging narrative telescoping the history of a thousand years of Roman life into a single volume, necessarily providing a very selective set of stories and themes. It is not a detailed work of scholarship itself; rather, it is a selective narrative presenting description and commentary on some of the outlines of this world-historical tapestry. A large portion of the book takes the form of stories and snippets of ordinary life, intended to give the reader a more vivid engagement with the lives of these long-dead Romans. And the reader can bring a degree of confidence to the reading, knowing that Beard is a genuine expert bringing to bear the most recent historical and archeological evidence to the main questions of interpretation. Many of the powerful themes that have interested observers for a century are there -- the social conflicts, the emerging institutions of governance, the arrangements of military power -- but none are treated in the detail that would be expected of a monograph. Instead, the reader is offered a story with many strands, interesting and engaging, but an appetizer rather than the main course for a thorough study of Roman history.

I understood that Mary Beard was attempting to counter the variuos 'just so' stories that many historians have made up to cover both personal and systemic ignorance of actual details regarding Roman life and times.

Is this the understanding you had ? And if so, was she successful in her demythologisation campaign ?