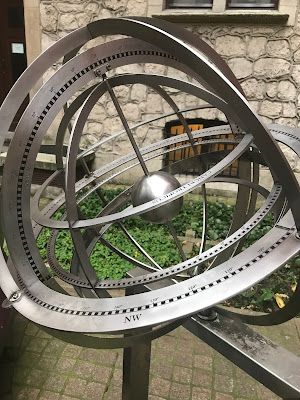 Robert Merton is one of the most sophisticated exponents of a qualified functionalism in sociology (Social Theory and Social Structure). He finds that earlier versions of sociological functionalism were conceptually flawed. Here is how he characterizes the classic theory of functionalism:


We should attend first to the list of terms ostensibly referring to the same concept: purpose, function, motive, designed, secondary consideration, primary concern, aim. Through inspection, it becomes clear that these terms group into quite distinct conceptual frames of reference. At times, some of these terms — move, design, aim and purpose — clearly refer to the explicit ends-in-view of the representatives of the state. Others motive, secondary consideration — refer to the ends -in-view of the victim of the crime. And both of these sets of terms are alike in referring to the subjective anticipations of the results of punishment. But the concept of function involves the standpoint of the observer, not necessarily that of the participant. Social function refers to observable objective consequences, not to subjective dispositions (aims, motives, purposes). And the failure to distinguish between the objective sociological consequences and the subjective dispositions inevitably leads to confusion of functional analysis. (78)

And here is a fairly clear statement of the logic of functional analysis as practiced by social anthropologists like Evans-Pritchard and Malinowski, according to Merton:


Substantially, these postulates hold first, that standardized social activities or cultural items are functional for the entire social or cultural system; second, that all such social and cultural items fulfill sociological functions; and third, that these items are consequently indispensable. Although these three articles of faith are ordinarily seen only in one another’s company, they had best be examined separately, since each gives rise to its own distinctive difficulties. (79)


In scrutinizing first, the postulate of functional unity, we found that one cannot assume full integration of all societies, but that this is an empirical question of fact in which we should be prepared to find a range of degrees of integration…

Review of the second postulate of universal functionalism, which holds that all persisting forms of culture are inevitably functional, resulted in other considerations which must be met by a codified approach to functional interpretation. It appeared not only that we must be prepared to find dysfunctional as well as functional consequences of these forms but that the theorist will ultimately be confronted with the difficult problem of developing an organon for assessing the net balance of consequences if his research is to have bearing on social technology….

Merton draws an important distinction between manifest and latent functions -- between the directly observable beneficial consequences of a given social arrangement and the indirect and unobservable consequences that the arrangement may have.


But armed with the concept of latent function, the sociologist extends his inquiry in those very directions which promise most for the theoretic development of the discipline. He examines the familiar (or planned) social practice to ascertain the latent, and hence generally unrecognized, functions (as well, of course, as the manifest functions). He considers, for example, the consequences of the new wage plan for, say, the trade union in which the workers are organized.... There is some evidence that it is precisely at the point where the research attention of sociologists has shifted from the plane of manifest to the plane of latent functions that they have made their distinctive and major contributions. (120)

In the “organon” that Merton sketches for sociological functionalism in this book, he emphasizes the crucial role played by the search for mechanisms. We need to understand how functional properties of a feature are conveyed to the social arrangements that they affect. (Note that this is not the same as searching for the mechanisms through which the functional properties are brought about. Merton addresses this latter question under the topic of structural dynamics and change.)


Concepts of the mechanisms through which functions are fulfilled.. Functional analysis in sociology, as in other disciplines like physiology and psychology, calls for a “concrete and detailed” account of the mechanisms which operate to perform a designated function. This refers, not to psychological, but to social, mechanisms (e.g., role-segmentation, insulation f institutional demands, hierarchic ordering of values, social division of labor, ritual and ceremonial enactments, etc.). (106)

These passages demonstrate that Merton’s relationship to functionalism is complex, and the functionalism that he endorses is not the a priori methodology advocated by earlier theorists. However, he accepts the basic idea that we can explain (some) social features based on the positive consequences they create for the social system or important parts of the social system.

The idea of sociological functionalism has been substantially discredited in sociology. Functionalism maintains that social features -- institutions, values, laws -- have the characteristics they possess because they serve important needs of the social order. Or to put the point the other way around, a social order comes to have features that are functionally well adapted to serving the needs of society (or powerful groups within society). Marx makes such a statement when he asserts that the state is the managing committee of the bourgeoisie, or that the superstructure of capitalist society exists to stabilize the property relations of the economic structure. Jon Elster offered compelling critiques of functionalism in his discussions of Gerry Cohen's Karl Marx's Theory of History and Marx's theory of historical materialism (link). These criticisms were formulated with respect to historical materialism, but they are equally compelling for other functionalist theories as well.

Fundamentally the critique of sociological functionalism depends on discrediting an analogy between biology and sociology. The language of functional adaptation of organs to system finds its origin in biology; the heart serves to sustain the organism by pumping blood. But, as Elster and others point out, there is a crucial disanalogy between biology and sociology. This is the fact of natural selection and evolution in the biological case, which has no close analog in the social case. We have a very good understanding of the mechanism that leads the physiology of a species to be well adapted to serving the reproductive and survival needs of the organism; this is the mechanism of natural selection. But social entities are not subject to analogous selection pressures.

So the functionalist view of society is suspect because it depends on a fundamental mystery: how can the effects of a social features be thought to explain its emergence and structure? How can the fact that XYZ system of norms about marriage has the effect of creating a docile workforce explain the existence of that set of norms in society? Doesn't this get the temporal order of causation backwards? It is not impossible to provide answers to this question; but we cannot take it as a dogmatic assumption that society will unavoidably be organized in such a way that its needs are satisfied by well tuned institutions.

There is one answer to this question that makes perfect sense: the mechanism of purposive design. There is no mystery in the fact that a rudder exists to steer the ship; it was designed by the ship builder to do exactly that. And perhaps it is no less straightforward to assert that the audit function in a corporation exists to prevent dishonest behavior within the organization. Intelligent managers, foreseeing the temptation to fiddle accounts, designed a system for detecting and punishing fiddling.

What is more difficult to interpret is a claim about the social function of a feature where the postulated consequences of the workings of the features are obscure (latent, in Merton's terms), and where the feature took shape as the result of the independent actions of numerous actors over time. The first point makes intelligent design difficult to carry out, and the second makes it implausible to assume the existence of the intelligent designer at all.

It is not impossible to imagine social mechanisms that might bring about a functional adaptation of a social arrangement to the needs of the system. Here is a mechanism that complements the intelligent design mechanism. Call it the "slow accumulation of interested adjustments" mechanism. Suppose that a social arrangement is introduced through legislation -- a policy governing regulation of private activities to protect health and safety. And suppose that the details of the policy are open to modification over time by a legislative process. At any given time there will be groups and individuals whose interests are affected by the policy. When modifications are considered, groups can advocate for improvements that favor their interests. And if there are groups within society that world disproportionate power and influence, we can expect that the modifications that are selected will more often than not be ones favored by this group. This mechanism implies that the policy will be "tuned" over time to work in such a way as to serve the interests of the influential group.

This mechanism is different from the intelligent design mechanism because it assumes only local modifications over time -- not a unitary optimal planning and design process. It looks more like an evolutionary process -- myopic but directional. But the mechanism of innovation and selection is different from the biological case. Innovations survive because they are preferred by influential stakeholders. And the medium- and long-term result is a drift in the direction of fit between the working characteristics of the policy and the needs and interests of the influential groups.

This gives us a different and more sociologically credible way of defending the idea that important social arrangements will be "functionally adapted" to satisfying the needs of the powerful groups in society -- not because those groups directly designed the arrangements, but because they had influence on the process of refinement and adjustment that led to the present configuration.

This suggests that sociological functionalism is not fundamentally impossible. Instead, it shows that a functional claim must be complemented with an account of how the postulated correspondence between the characteristics of the arrangement and the needs of the system came to be -- how the arrangement was developed in ways that led it towards a higher degree of fittedness to the needs of some important social-systemic characteristic.