There are a lot of opinions about China today in the United States -- authoritarian, farsighted, effective at economic progress, overly committed to Party authority, challenged by the environmental effects of rapid economic growth, burdened by a corrupt and aging party elite. Some believe China is on the path to becoming a dominant super power, while others think that the suppression of individual freedom and thought is a fatal weakness that will eventually spell serious problems for Chinese stability and progress.

Several specific impressions from a recent trip to China leave me with more nuanced versions of several of those thoughts. Here is one: whenever you drive into a parking garage in virtually any major city in China your license plate is immediately scanned and stored. This makes it very convenient for parking -- you don't need a ticket and the parking charge is automatically added to your form of payment when you leave. But it also means the state has the tools necessary to create a vast and up-to-the-moment database of the current locations of millions of citizens. This is part of a surveillance system on a truly massive scale. We know how important this kind of meta-data is in the case of phone and email records -- think how much more of a reduction of privacy it creates when your vehicle is tracked from highway to parking garage to surveillance camera on the street. And why does the parking lot scanning system exist? Surely for the purpose of social monitoring and control. Patterns of movement as well as current locations can be analyzed and inferences can be drawn about one's private life, social connections, or current plans. (Is there a concentration of vehicles around a certain address corresponding to membership in an environmental action organization? Is more intensive investigation needed to head off a possible demonstration or protest?) So this small detail -- ubiquitous license plate scanners -- points to a more basic feature of the vision China's leaders have for the relation between state and individual. It is the panopticon.

Here is a related observation. Take a look at these photos of classrooms at different universities. 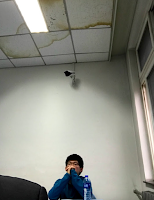 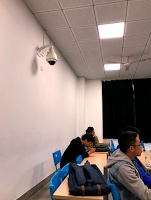 Notice the video surveillance system at the rear of the room in each photo. Why is it there? How does it affect the behavior and speech of students and professors? The answer is fairly obvious. The video device has a chilling effect on the content of a professor's lecture and the comments that students make, whether or not it is currently functioning. It permits direct monitoring of the content of classroom discussion. There are a handful of large subjects that cannot be discussed in the classroom. Everyone knows what those topics are, and where the sensitivities of the political officials lie. The seven forbidden subjects include universal values, freedom of speech, civil society, civil rights, historical errors of the CCP, crony capitalism, and judicial independence (link). And a recent program of disciplinary inspections of universities ordered by the Central Commission for Discipline Inspection (CCDI) demonstrate the seriousness of the central government's resolve on the points (link). So the mere fact of the presence of the video device is a reminder to students and faculty that their words and thoughts can have large consequences in their future careers. And we can predict that this fact will change the way students and faculty think and express themselves. Once again -- surveillance and control. This environment is bad for students and faculty; but more fundamentally, it is bad for China's longterm ability to foster creativity and independence of mind among its future leaders. 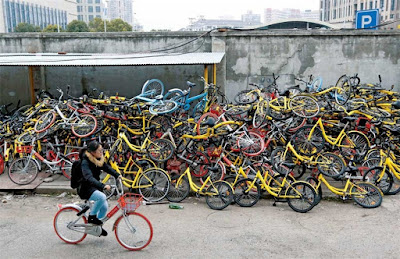 Here is a third observation, in an entirely different key. It is the sudden appearance of the yellow bicycle in many cities in China, almost overnight. This is a bike-sharing system that uses a phone app so the user can find a bike nearby, rent it for a short trip, and leave it wherever he or she wishes. Ofo and its similar competitor Mobike are funded by some of China's biggest and most innovative companies -- Tencent, Foxconn, and Alibaba. This is very convenient for the "last mile" problem of how to get a commuter from the bus or subway stop to the final destination. This innovation too has a major surveillance aspect -- as soon as I pick up a yellow bike I'm on the radar thanks to the connected GPS device on the bike. But mostly it's an interesting example of the kind of innovation and entrepreneurship that is underway in China today. Is it a viable business model? That isn't yet clear. Does it solve a persistent problem in cities with hundreds of thousands of commuters underway everyday? That too is uncertain, given the challenge of scaling such a system in a city the size of Shanghai. Does it have the potential for creating brand new problems of urban behavior? Certainly so, given the unmanageable piles of yellow bikes you now see in many locations in Chinese cities. Does it give a basis for optimism about local initiative in China as a solution to its problems? Yes, for sure. The very speed of this onslaught of the yellow bicycle gives amazing evidence of China ability to quickly try out novel systems and solutions. (The bikes have shown up in a big way in Seattle as well, along with their orange and lime cousins.)

It's hard to miss important signs of social change in ordinary consumer behavior as well. In 24 hours in Shanghai I saw several Porsches, two Maseratis and a Bentley -- more super-luxury cars than I've ever seen in Michigan. In a city of 40-50 million maybe that's not exceptional, but that's part of the point: the scale of China's population and economy means that there is a class of super-rich, affluent, and middle class people that may be larger than many European countries. This implies a rapid upward shift in the income distribution. It also demonstrates the increasing purchasing power that China brings to the world economy.

A final observation is familiar but important -- China's success in rapidly creating an extensive network of bullet trains. It is now possible to travel by train from Shanghai to Beijing in 4.5 hours -- compared to twelve hours just ten years ago. This is roughly the distance between New York and Chicago. This too has been an impressively rapid development, and it has the potential for changing the social and urban networks of China. This contrasts painfully with the inability of the United States to effectively address its infrastructure problems, let alone creating new transportation options. The Chinese state's consistency and perseverence on an infrastructure plan have paid off with major benefits to the economy and society.

These snippets seem to point to some very important facts about China today. One is the confidence and stability created by several decades of sustained, real economic growth and infrastructure improvement. The lives of vast numbers of Chinese people are substantially better off, in almost all sectors. Second, the weight of surveillance and control has visibly and disturbingly increased in the past ten years. The central government and party are very serious about maintaining ideological control, and they have increasingly effective tools for doing so. Moreover, this level of control seems to be largely accepted by young people and university leaders alike. And third, China is demonstrating its ability to compete at a global level in the areas of business innovation and scientific and technological research. University research centers are increasingly able to deliver on the promise of offering world-class research progress on a wide range of scientific and technological problems.

So in some ways the assumptions made in the United States about China's current realities seem to be a bit off. The speed and quality of China's economic growth is greater than most American commentators believe, and this record of success seems to have created a deeper reservoir of legitimacy and acceptance by the Chinese citizenry than is often believed. Second, the power and security of the central state seems greater than often imagined, and the determination of China's leaders to maintain power and ideological control seems more likely to succeed than many American commentators believe. President Xi and his political apparatus show every indication of an ability to carry out their agenda of continuing economic growth and strict ideological control.

So the current really looks something like this: an authoritarian state apparatus that succeeds in managing economic strategies and individual behavior surprisingly effectively. An authoritarian party state with continuing economic progress seems to be in the cards for China's future for at least the next few decades.

There is a better and more inspiring vision of the future for China. It is a future in which citizens and leaders alike have confidence in the capability of everyone to contribute to China's progress. It is a future in which discussion, criticism, and alternative ideas are expressed freely. It is a future where no one has the power to unilaterally decide China's future, no matter how well intentioned. It is a world in which the Chinese people decide their own priorities and plans, and one in which progress and harmony continue.

This is a pluralist and democratic vision of China's future. And most fundamentally, it is a vision that is hard for the CCP to embrace, because it seems inconsistent with single party rule. So it is hard to see how this future can emerge from the current configuration of power, authority, and ideology.

(Andrew Nathan's recent piece in the New York Review of Books provides useful insights into these topics; link. Nathan sheds more doubt on the "soothing scenario" -- the idea that China will soon evolve towards a more open-minded form of democratic society because of its involvement in the liberal framework of global trading relations. China is not "evolving" towards a more democratic form of socialism; and it is not showing signs of collapse under its own economic inadequacies either.)