The place for thick theories of the actor in philosophy 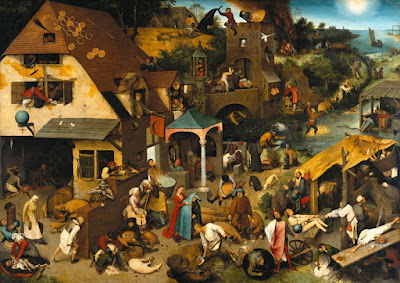 When philosophers of the social sciences take seriously the importance of individual action within the social realm, we often look in the direction of methodological individualism and the methods of "aggregation dynamics". That is, agent-centered theorists are usually interested in finding ways of climbing the upward strut of Coleman's boat through efforts at modeling the interactive dynamics of purposive individuals and the social outcomes they produce. This leads to an interest in applying microeconomics, game theory, or agent-based modeling as ways of discovering the aggregate consequences of a certain theory of the actor (purposive, calculating, strategic rationality). We then get a ready basis for accounting for causal relations in the social world; the medium of causal powers and effects is the collection of purposive actors who live in social relationships and institutions with a fairly homogeneous form of agency.

This is a perfectly valid way of thinking about social causation and explanation. But the thrust of the argument for thick descriptions of actors, coming from microsociologists, ethnomethodologists, and historical sociologists, is that the abstractions associated with thin theories of the actor (goal-directed behavior driven by rational-self-interest) are often inadequate for understanding real social settings. If we attach weight to sociologists like Goffman and Garfinkel, some of the most interesting stuff is happening along the bottom edge of Coleman's boat -- the interactions among socially situated individuals. So how should we think about the challenge of incorporating a richer theory of the actor into the project of supporting an adequate set of ideas about social inquiry and social explanation?

One approach is to simply acknowledge the scientific relevance and importance of research into the mentality of real social actors. This approach accepts the point that we cannot always make use of the very sparse assumptions of thin theories of the actor if we want to understand social phenomena like the politics of hate, the rise of liberal democracy, or the outbreak of ethnic violence. We can then attempt to address the theoretical and methodological problems associated with research into more nuanced understanding of historically and socially situated persons in specific circumstances involving the phenomena of interest. We can give attention to fields like cultural sociology and ethnography and attempt to offer support for those research efforts. This approach also permits the possibility of attempting to formulate a conception of social explanation that fits thick theories of the actor.

This approach seems to lead most naturally to a conception of explanation that is more interpretive than causal, and it suggests that the hard work of social research will go into the effort to find evidence permitting the researcher to form a theory of the attitudes, beliefs, and mental frameworks of the actors involved in the social setting of interest. The example of Robert Darnton's study of "The Great Cat Massacre" illustrates the value and difficulty of this kind of inquiry (link). And it highlights the crucial role that concrete historical and documentary evidence play in the effort (link). At the same time, the explanations offered are almost inevitably particular to the case, not generalizable.

Is there an approach to social explanation that makes use of a thick theory of the actor but nonetheless aspires to providing largescale social explanations? Can thick theories of the actor, and rich accounts of agency in specific circumstances, be incorporated into causal theories of specific kinds of social organization and change? Can we imagine a parallel masterpiece to Coleman's Foundations of Social Theory, which incorporates the nuances of thick sociology and points towards a generalizing sociology?

Yes and no. Yes, in that important and large-scale works of comparative historical sociology depend directly on analysis of the thick mentalities of the actors who made up great events -- e.g. Mann on fascism (demobilized soldiers), Steinmetz on German colonialism (professional administrators), Frank Dobbin on French technology planning (technocrats), or Charles Sabel on Italian mechanical culture (machinists versus engineers). And this kind of social research depends upon its own kind of generalization -- the claim to identify a cultural type that was current in a given population at a certain time. This is the project of discovering a historically concrete mentalité (link). But no, if we think the primary mode of social explanation takes the form of system models demonstrating the genealogy of this social characteristic or that.

This sounds a bit like the heart of the methodenstreit of the last century, between historicists and nomological theorists. Does the social world admit of generalizing explanations (nomothetic), or is social explanation best understood as particular and historically situated (idiographic)? Fortunately we are not forced to choose. Both kinds of explanation are possible in the social realm, and some problems are more amenable to one approach or the other. Only the view that insists on the unity of science find this dilemma unacceptable. But for a methodological pluralist, this is a perfectly agreeable state of affairs.

Very interesting stuff. I think one might wish to couple the approach suggested with an examination of the history of emotions -- in the vein of Ute Frevert. This approach overthrows, and complements, to an extent, traditional social science approaches to trust, honour, fidelity and loyalty, and so-on.