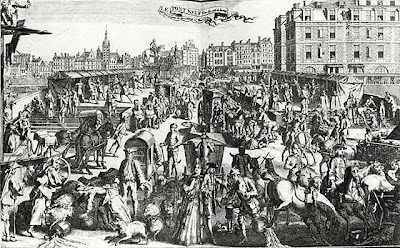 Twenty-five years ago, Robert Darnton offered a highly original perspective on historical understanding in his The Great Cat Massacre: And Other Episodes in French Cultural History

(1984), and the book still warrants close attention. He proposes to bring an ethnographic perspective to bear on historical research, attempting to arrive at nuanced interpretation of the mentalities and worldviews of ordinary folk in early modern France. (Significantly, Darnton collaborated with Clifford Geertz at Princeton, and the influences seem to have run in both directions.)

Darnton attempts to tease out some of the distinguishing elements of French rural and urban culture—through folklore, through documented collective behavior, or through obscure documents authored by police inspectors and bourgeois observers. He is “realist” about mentalités; and he recognizes as well the plasticity and variability of mentalités over time, space, and group. (“I do not believe there is such a thing as a typical peasant or a representative bourgeois” (Darnton 1984 : 6).) And he is more interested in the singular revealing incident than in the large structural narrative of change; he demonstrates that careful historical interpretation of a single puzzling event can result in greater illumination about a historical period than from more sweeping descriptions and narratives.

Darnton does not accept the notion that “good” social history must be quantitative or highly “objective”—that is, neutral with respect to perspective. Rather, he sees the task of a cultural social historian as one of uncovering the threads of voice and action that permit us to reconstruct some dimensions of “French peasant worldview” and to see how startlingly different that worldview is from the modern view. Our distance from the French peasant is great—conceptually as well as materially. So the challenges of uncovering these features of agency and mentality based on very limited historical data are great.

In the title essay of the volume Darnton goes into a single incident in detail: the autobiographical account of Nicolas Contat, a printer’s apprentice (later journeyman), in which Contat describes an episode of cat killing by the apprentices and journeymen in the shop. Darnton relates the incident to its cultural and social context—the symbolic role that cats had in festivals in the countryside, contemporary attitudes towards violence to animals, the sexual innuendo represented by killing the mistress’s cat, the changing material relations between master and worker in the 18th century trades. Darnton offers a “thick description” of this incident, allowing the reader to come to a relatively full interpretation of the significance of the various elements of the story. At the same time, he sheds light on the background mentalité and social practices of workers and masters. So the essay is a paradigm of interpretative cultural history. Darnton describes his work in these terms:

It might simply be called cultural history; for it treats our own civilization in the same way that anthropologists study alien cultures. It is history in the ethnographic grain. … This book investigates ways of thinking in eighteenth-century France. It attempts to show not merely what people thought but how they thought—how they construed the world, invested it with meaning, and infused it with emotion. (Darnton 1984 : 3)

Darnton implicitly considers whether this incident should be considered an instance of class resistance—that is, whether we can see the germs of class struggle in this complex moment. And his general perspective is that such a reading would be reductionist and anachronistic. There is resistance in this incident; there is sharp hostility between shop workers and the master and his family; but the resistance and the resentment are thematized around more specific grievances and patterns than the class struggle story would suggest. (It may be that we could better relate Darnton’s reading of the incident to Scott’s “everyday forms of peasant resistance,” emphasizing as it does the role of humor and undetectable violence; see an earlier post on this subject.) The workers’ conduct in this incident is not aimed at overthrowing the master, but at imposing an episode of pain and celebrating a moment of riot.

The notion of reading runs through all the chapters, for Darnton suggests that one can read a ritual or a city just as one can read a folktale or a philosophic text. "The modes of exegisis may vary, but in each case one reads for meaning—the meaning inscribed by contemporaries in whatever survives of their vision of the world" (Darnton 1984 : 5).

The analysis of folk tales is just as rewarding. Darnton offers a content analysis of the folk tales collected by several generations of folklorists. He disputes the psychological interpretations offered by Fromm, Bettelheim, and others—most convincingly on the grounds that they fail to pay close enough attention to the narrative content and known historical context of the stories. Instead, Darnton offers an interpretation of the world and worldview of the peasant storytellers who invented and repeated these tales: the omnipresence of hunger, the hazards of life on the road, the burden of children in poor households, … He shows that there is great consistency in the narratives of these stories over many generations—and also there are national differences across German, French, and English versions of the stories.

Darnton’s work in this book is valuable for the philosophy of history in several ways.
Finally, Darnton's work here provides some specific insights into questions about the historical study of “mentalités” (post). Darnton shows that it is possible to make significant headway in the project of figuring out how distant and illiterate people thought about the world around them, the social relations in which they found themselves, the natural world, and much else. The documents available to us in the archives have a richness that speaks to these ways of thinking the world; it is therefore a valuable task for the historian to engage in piecing together the details of daily life and experience that the documents reveal and conceal.

(See an earlier post for a different aspect of Darnton's historiography -- an analysis of the reviews he has written over twenty-five years in the New York Review of Books.)
Posted by Dan Little at 8:15 PM