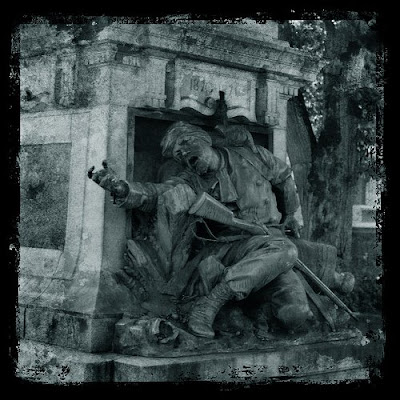 The rapid, bloody, and total defeat of the French army by the Prussian army in 1870-71 was an enormous and unexpected shock to France and to Europe. Since the Napoleonic Wars it was taken as given that France's armies were powerful, well-equipped, and well generaled. But the Prussian army quickly defeated French armies across eastern France, from Wissembourg to Sedan, with massive loss of life on the French side. And the collapse of the army was rapidly followed by the siege of Paris and the Paris uprising leading to the establishment of the Commune of Paris and eventually its bloody suppression. So this period of two years was a critical moment in France's history in the nineteenth century.

The collapse at Sedan, like that of the Prussians at Jena sixty-four years earlier, was the result not simply of faulty command but of a faulty military system; and the military system of a nation is not an independent section of the social system but an aspect of it in its totality. The French had good reason to look on their disasters as a judgment. The social and economic developments of the past fifty years had brought about a military as well as an industrial revolution. The Prussians had kept abreast of it and France had not. Therein lay the basic cause of her defeat. (1)

So Howard's judgment of the causes of this massive military failure is ultimately technological and systemic. The technical changes to which he refers are familiar: the role that railroads could play in the logistics of nineteenth-century warfare (opportunities that needed to be recognized and incorporated into military plans and the design of operational systems); the advent of new infantry weapons (breech-loading rifles of greater range and speed of loading); and new advances in artillery. The Prussian army incorporated breech-loading rifles (the needle gun) as early as 1843; whereas the French (as well as the British and Austrian armies) retained the muzzle-loader until the 1860s. And the Prussian generals led major advances in artillery in the decades leading up to the Franco-Prussian war, with greater precision and fire power in their Krup guns.

Railroads played a key role in Prussia's mobilization and logistics. The Prussians were able to maintain coordination and organization of their rail system; whereas the French rail system quickly fell into disorder. Howard describes the military potential of railroads in these terms:

Speed of concentration was only one of the advantages which railways provided. They carried troops rapidly to the theatre of war; and they enabled them to arrive in good physical condition, not wearied and decimated by weeks of marching. Armies needed no longer to consist of hardened regular troops; reservists from civil life could be embodied in the force as well.... Further, the problem of supplying large forces in the field was simplified. (3)

The systemic part of Howard's diagnosis is a failure of government: a failure to coordinate ministries and the bureaucracy of the military in pushing forward the reforms that would lead to effective incorporation of new technological possibilities into the order of battle and mobilization. The Prussian army made intelligent use of the General Staff as a learning organization; the French had no comparable organization.

Military failure is perhaps best viewed as a single species of organizational failure more generally. Elliot Cohen and John Gooch offer a different analytical basis for trying to understand the military disaster of the Franco-Prussian War in Military Misfortunes: The Anatomy of Failure in War

. Bad generals can cause military disasters; but Cohen and Gooch take the position that "human error" is an explanation we turn to too quickly when it comes to large failures. (Likewise, "pilot error" and "surgeon error" are too superficial in aviation and hospital failures.) Rather, it is important to look for the systemic and organizational causes of failure. They treat war as a complex organizational activity, and they attempt to discover the causes of military failures in a variety of kinds of organizational failure. They identify three basic kinds of failure: "failure to learn, failure to anticipate, and failure to adapt" (26). And when these kinds of failure compound in a single period, it is likely enough that the result will be catastrophic failure.

Cohen and Gooch offer a fascinating "matrix of failure", partitioning "command level" (from president down to operating units) and "critical task" (communication of warning, appropriate level of alert, coordination) (55); and they demonstrate how mistakes at various levels of command in the several critical tasks can cascade into "critical failures". The cases they analyze include the failure of American antisubmarine warfare, 1942; Israel Defense Forces on the Suez Front and the Golan Heights, 1973; the British at Gallipoli, 1915; the defeat of the American Eighth Army in Korea, 1950; and the French army and airforce, 1940.

, is not a piece of analytical history; instead, it is a brilliant novelist's best effort to capture the horror and hopelessness of the campaigning in the summer and fall of 1870 from the point of view of the peasant Jean Macquart. The confusion of endless marches in one direction and then the reverse; the misery of driving rain; the hunger of poorly provisioned campaigning; and the seemingly endless terror of artillery and rifle fire put the reader into the shoes of the foot soldier as he approaches his end. The novel presents a textured and grim picture of the confusion of the march and the terrors of the battlefield:

In Remilly there was a dreadful mix-up of men, horses, and vehicles jamming the street which zigzags down the hill to the Meuse. Half way down, in front of the church, some guns had got their wheels locked together and could not be moved in spite of much swearing and banging. At the bottom of the hill, where the Emmane roars down a fall, there was a huge queue of broken-down vans blocking the road, while an ever-growing wave of soldiers was struggling at the Croix de Malte inn (139-40)

And a description of fighting in Bazeilles:

Clearly the attack was going to be terrible. The fusillade from the meadows had died down. The Bavarians were masters of the little stream fringed with poplars and willows, and were now preparing for an assault on the houses defending the church square, and so their snipers had prudently drawn back. The sun shone in golden splendour on the great stretch of grassland, dotted with a few black patches, the bodies of killed soldiers. (190)

Lying on the ground, sheltering behind stones or taking advantage of the slightest projections, the men were firing all out, and along this wide, sunlit and empty street there was a hurricane of lead with streaks of smoke, like a hailstorm blown by a high wind. A young girl was seen running across the road in terror, but she was not hit. But then an old man, a yokel in a smock, was insisting on getting his horse into a stable, and he was struck in the forehead by a bullet with such force that it knocked him into the middle of the road. The roof of the church was blown in by a shell. (191)

And here, the fateful trap of Sedan, where the larger part of the French army was annihilated:

The hundred thousand men and five hundred cannon of the French army were there packed together and hounded into this triangle. And when the King of Prussia turned westwards he saw another plain, that of Donchery, empty fields extending to Briancourt, Marancourt and Vrigne-aux-Bois, a waste of grey earth, powdery-looking under the blue sky, and when he turned to the east there was yet again, opposite the huddled French lines, an immense vista, a crowd of villages..... In all directions the land belonged to him, he could move at will the two hundred and fifty thousand men and the eight hundred guns of his armies, he could take in with one sweeping look their invading march. (197)

It is an interesting question to ask: to what extent do the skills of the novelist complement the theories of the social scientist and the narratives and analysis of the historian, in helping us to come to a better understanding of the reality of the historical moment? Is Zola's novel a genuine addition to our ability to make sense of this period in France's history? Or is it simply -- fiction?
Posted by Dan Little at 7:38 PM