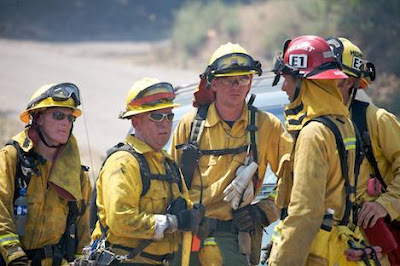 Earlier posts have addressed aspects of action -- particularly the features that align action with purposiveness and choice, deliberation, planning, and improvisation. Here I'd like to focus on the idea of action as a performance -- a series of behaviors meaningfully orchestrated by the actor out of consideration of an expected "script". Here we interpret actions as falling into scripts and roles, created by the culture's history and constituting the actor's behaviors as a performance. The agent is postulated to possess a stock of mini-scripts and role expectations that are then invoked into a "syntax" of performance in specific social settings.

The anthropologist Victor Turner makes central use of this framework in constructing his ethnographies (Dramas, Fields, and Metaphors: Symbolic Action in Human Society

). He refers to this approach as dramaturgical ethnography. The idea here is that social groups -- cultures -- have created for themselves a set of schemes of ways of behaving that individuals internalize and play out as social settings arise. There is the role of the doctor, the salesman, the librarian, the clown, and the general, and the individuals who assume those roles know the scripts. So when they interact in social settings relevant to their roles, their behaviors reflect the role and the script. The scripts become part of the furniture of "behavioral cognition" -- the routines the players string together in ordinary and extraordinary social settings. (Note the parallel with Erving Goffman's treatment of everyday behavior (post).) And, perhaps, the script governs the social actor so deeply that his/her behavior no longer has its own individual meaning or intention. (It is said that Gary Cooper never saw his role in High Noon as the anti-McCarthyism allegory that most people on the progressive side of the spectrum take it to be.)

What does this framework imply about the actor's state of mind in performing an action? How much agency do actors maintain under this theory? And to what extent is the actor's conduct his own, deriving from his or her own authentic self rather than from an externally created role? Consider as an example, a fire captain's behaviors and speeches during his management of the fire company's handling of a major fire. Let's amplify the story a bit. The captain and the members of the company have a well-rehearsed set of procedures for various scenarios encountered in fighting a fire -- "victim trapped in bedroom", "elderly person inside", "possible toxic materials on site", "roof collapse imminent". As these contingencies arise, captain and company play out the prescribed actions. Second, though, there is probably a prescribed style of command that influences the captain's manner and conduct: be calm, give sufficient attention to the company's safety, keep control of the press and crowd on-site, don't fall into a screaming, cursing rage when things go badly. (Think of Captain Sullenberger's methodical double sweep of the USAir passenger cabin after landing his disabled aircraft on the Hudson River, before exiting for his own chance of rescue.)

So there are fairly tangible ways in which the behaviors of the commander and the company are in fact governed by scripts and roles. The dramaturgical interpretation makes sense here. The actions of these participants are not invented de novo on the scene of the fire; rather, they derive from earlier practice of roles and, more intangibly, carrying out of a certain conception of behavior of a commander under stress. We don't get actions here that derive from unadorned actors, considering a range of choices and choosing the best in the circumstances.

But neither do we get the opposite extreme -- robots playing out their scripts without intelligence or adaptation to circumstance. Instead, each of the players in this story retains his/her own assessment of what is currently going on and what deviations of script may be demanded. The captain retains the ability and the responsibility to break with procedures when there is an imminent reason to do so; and this degree of autonomy extends down the line of command to the junior firefighter. So the routines and scripts guide rather than generate the behavior.

So the performative interpretation of social action is not inherently inconsistent with the idea of intelligent, purposive action. Instead, we can think of the actor in this case -- captain or junior firefighter -- as involving in a complicated series of behaviors that reflect both deliberation and internalized script. I think this interpretation is very analogous to Pierre Bourdieu's position on the subject of habitus in Outline of a Theory of Practice

. Conduct that is guided by norms (in this case, scripts and roles) can nonetheless also be intelligent and strategic. Seen in this light, the dramaturgical interpretation supplements the purposive theory of action rather than replaces it.

It is challenging to get the balance right, though, between the compulsion of a set of norms or scripts and the practical freedom the actor maintains at every point to act differently than the prescription. It seems unavoidable that the kinds of scripts, roles, and norms mentioned here have some binding power over the agent in actual social life. Much of the time the behavior simply plays out the script, with no homunculus reconsidering the action from the point of view of other possible choices. And often the role or norm is psychologically compelling to the extent that the actor can't realistically consider breaking it. Today's British newspapers break a mini-scandal in which an environmental activist is pressured by the Scottish police to serve as a paid secret informant (story). They offer a substantial amount of money and immunity from otherwise scary criminal charges for her cooperation. Rather than accepting their terms she bugs her meeting with them with her cellphone and exposes the police effort. Why? Presumably because her understanding of her role as a principled activist with the courage of her convictions made accepting this offer humiliating and impossible. (Think, though, how many people made a different choice in the GDR when confronted by the Ministry for State Security (Stasi).)
Posted by Dan Little at 5:35 PM