Composition of the social 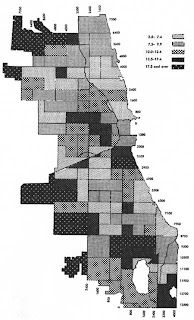 Our social ontology needs to reflect the insight that complex social happenings are almost invariably composed of multiple causal processes rather than existing as unitary systems. The phenomena of a great social whole -- a city over a fifty-year span, a period of sustained social upheaval or revolution (Iran in the 1970s-1980s), an international trading system -- should be conceptualized as the sum of a large number of separate processes with intertwining linkages and often highly dissimilar tempos. We can provide analysis and theory for some of the component processes, and we can attempt to model the results of aggregating these processes. And we can attempt to explain the patterns and exceptions that arise as the consequence of one or more of these processes. Some of the subordinate processes will be significantly amenable to theorizing and projection, and some will not. And the totality of behavior will be more than the "sum" of the relatively limited number of processes that are amenable to theoretical analysis. This means that the behavior of the whole will demonstrate contingency and unpredictability modulo the conditions and predictable workings of the known processes.

Consider the example of the development of a large city over time. The sorts of subordinate processes that I'm thinking of here might include --

Each of these processes can be investigated by specialists -- public policy experts, sociologists of race and segregation, urban politics experts. Each contributes to features of the evolving urban environment. And it is credible that there are consistent patterns of behavior and development within these various types of processes. This justifies a specialist's approach to specific types of causes of urban change, and rigorous social science can result.

But it must also be recognized that, there are system interdependencies among these groups of factors. More in-migration of extremely poor families may put more stress on the public schools. Enhancement of quality or accessibility of public schools may increase in-migration (the Kalamazoo promise, for example). Political incentives within the city council system may favor land-use policies that encourage the creation of racial or ethnic enclaves. So it isn't enough to understand the separate processes individually; we need to make an effort to discover these endogenous relations among them.

But over and above this complication of the causal interdependency of recognized factors, there is another and more pervasive complication as well. For any given complex social whole, it is almost always the case that there are likely to be additional causal processes that have not been separately analyzed or theorized. Some may be highly contingent and singular -- for example, the many effects that September 11 had on NYC. Others may be systemic and important, but novel and previously untheorized -- for example, the global information networks that Saskia Sassen emphasizes for the twenty-first century global city.

The upshot is that a complex social whole exceeds the particular theories we have created for this kind of phenomenon at any given point in time. The social whole is composed of lower-level processes; but it isn't exhausted by any specific list of underlying processes. Therefore we shouldn't imagine that the ideal result of investigation of urban phenomena is a comprehensive theory of the city -- the goal is chimerical. Social science is always "incomplete", in the sense that there are always social processes relevant to social outcomes that have not been theorized.

Is there any type of social phenomenon that is substantially more homogeneous than this description would suggest -- with the result that we might be able to arrive a neat, comprehensive theories of this kind of social entity? Consider these potential candidates: inner city elementary schools, labor unions, wars of national liberation, civil service bureaus, or multi-national corporations. One might make the case that these terms capture a group of phenomena that are fairly homogeneous and would support simple, unified theories. But I think that this would be mistaken. Rather, much the same kind of causal complexity that is presented by the city of Chicago or London is also presented by elementary schools and labor unions. There are multiple social, cultural, economic, interpersonal, and historical factors that converge on a particular school in a particular place, or a particular union involving specific individuals and issues; and the characteristics of the school or the union are influenced by this complex convergence of factors. (On the union example, consider Howard Kimeldorf's fascinating study, Battling for American Labor: Wobblies, Craft Workers, and the Making of the Union Movement

. Kimeldorf demonstrates the historical contingency and the plurality of social and business factors that led to the significant differences among dock workers' unions in the United States.)

What analytical frameworks available for capturing this understanding of the compositional nature of society? I have liked the framework of causal mechanisms, suggesting as it does the idea of there being separable causal processes underlying particular social facts that are diverse and amenable to investigation. The ontology of "assemblages" captures the idea as well, in its ontology of separable sub-processes. (Nick Srnicek provides an excellent introduction to assemblage theory in his master's thesis.) And the language of microfoundations, methodological localism, and the agent-structure nexus convey much the same idea as well. In each case, we have the idea that the social entity is composed of underlying processes that take us back in the direction of agents acting within the context of social and environmental constraints. And we have a premise of causal openness: the behavior of the whole is not fully determined by a particular set of subordinate mechanisms or assemblages.