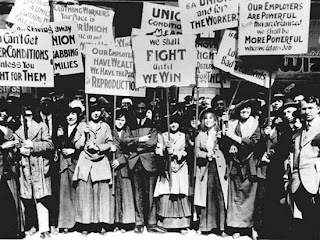 What does social class have to do with power? The two concepts represent theories about how a modern society works, and there are some fundamental relationships between them. But at bottom they are separate social factors that allow for independent forms of social causation. The first is fundamentally concerned with the economic structure of a society, the systems through which wealth is created and distributed, and the second is concerned with the expressions of politics within a society.

Both class and power can be placed into the dichotomies of structure and agency. The class system sets some of the parameters of "structure" within which individuals act, but it also creates some of the motivations and features of consciousness that constitute the agency of class actors. The forms of power present in a given society define some of the features of agency on the basis of which individuals and groups pursue their goals; but it is also fair to say that the institutions and social relations that define social power are also a part of the structured environment of action that is present in the social world. So both power and class are simultaneously features of structure and agency within a complex society; and the configurations created by class and power are causally inter-related without being isomorphic.

A class system can be defined as a system for producing social wealth in which productive resources and the results of production are unevenly divided across different groups. The producing class is "exploited" by the ascendant class: wealth is transferred from producers to owners. Serfs and lords, slaves and masters, workers and owners represent the primary classes of feudalism, ancient slavery, and nineteenth century capitalism. Within any society there are groups that fall outside the primary classes -- small traders, artisans, small farmers, intellectuals. But it is central to Marx's theory of class, that there is a primary cleavage between owners of the means of production and the direct producers, and that this cleavage embodies a fundamental conflict of interest between the two groups.

"Power" is a compound social characteristic in virtue of which an individual or group is able to compel the actions or inactions of other individuals or groups against their will or contrary to their interests, needs, and desires. Power derives from the ability to impose coercion -- truncheons, prisons, and punishment; and it derives from the ability of some agents within society to set the agenda for future action. Power is needed to get 1.5 million people to leave their homes in Beijing to make way for Olympics developments. Power is needed to prevent striking miners from shutting down La Paz. Power is needed to protect the glittering shop windows of Johannesburg from disaffected young people. Power is exercised by states -- through military and police, through agencies and bureaucracies, through legislation; it is exercised by corporations and other large private organizations; and it is exercised by social movements and other groups within society.

The two social factors are intertwined in at least three ways.

Second, a class system assigns resources and positions to different groups and individuals that greatly influence the nature and weight of the instruments and tactics of power available to them. Owners have economic assets, alliances, and the state in their column. Producers have their numbers and their key locations in the economic process. A strike of rail workers is a substantial exercise of power, given the centrality of transport in a complex economy. So the particulars of a class system provide key determinants of the distribution of power within society.

Third, a class system also creates a subjectivity of power, powerlessness, and resistance that may iterate into new forms of the exercise of power. It may be an effective instrument of social control to cultivate a subjectivity of powerlessness in subordinate groups. And likewise, it may be materially empowering to subordinate groups to cultivate a culture of resistance -- by making collective action and solidarity more attainable, for example.

These are several ways in which facts about class and power intertwine. But power is wielded for non-economic purposes as well -- effecting the will of the state, achieving ethnic domination, and influencing culture, for example. So it would be incorrect to imagine that power is simply the cutting edge of class conflict.

I am a little confused - in your terms, are power and class theories or things, that is, objects of social analysis?

Second, I think your definition of power leaves out, well, a lot of the interesting dynamics. So, you have, ""Power" is a compound social characteristic in virtue of which an individual or group is able to compel the actions or inactions of other individuals or groups against their will or contrary to their interests, needs, and desires." So, basically a modification of Weber's "probability of getting what you want in spite of resistance", with a few more words thrown in to make clear who the set of relevant actors are, yes?

But what then of Lukes' 3rd type of power - the power to set interests, to prevent conflicts by altering interests, etc.? I highly recommend Timothy Mitchell's critique of James Scott's "Weapons of the Weak", available here: "Everyday Metaphors of Power". It shows some of the problems of trying to understand power and hegemony without really thinking through what those terms mean. Mitchell argues that even though the peasants in Scott's story resist, they do so in ways that show that they have accepted the inevitability of the system even without acknowledging completely its legitimacy. That is sufficient to call it hegemonic for Mitchell. Anyway, it's a neat read.

Thanks, Dan. These are helpful comments.

There's another of Scott's ideas that I like on this topic -- his idea of "public transcripts" and "hidden transcripts" as a way of making sense of peasant consciousness. I think his general view is that peasants and other under-class agents are more clear-eyed than the "hegemonic" approach would suggest about the nature of the exploitation and domination that surrounds them.

All power comes from who basic concepts:
a) Emotions (thereby both ideas, beliefs and attitudes) are contagious.
b) Authorities within society are spreading more emotions than they receive because confidence creates immunity towards incoming emotions and allows causing stronger emotions on the other side.

Everyting else is causation of these two.

Why is power important in understanding how society works.

Why is power important in understanding how society works.

Why is power important in understanding how Society works.

Nice topic. i love it thanks for posting. keep posting..

how is power exercised in society?