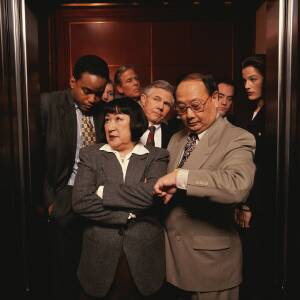 There are numerous extreme examples of anti-social behavior. But more prosaic examples are more interesting.
Most people are "polite". Most people treat others with consideration and respect. Most recognize the limits imposed on their behavior by the needs, wants and rights of others. But some do not -- they behave badly.

I'm mostly interested here in the minor forms of bad behavior -- disturbing or endangering others, confronting others with aggressively rude behavior, taking more than a reasonable amount of "space" in public settings. Behaving boorishly is what I'm talking about -- noisy, intrusive, rude, and self-centered actions that impose on others or that greatly privilege one's own immediate wants. This is the kind of behavior that once was attributed to American tourists, though today it seems to be the monopoly of no particular nationality. (I've just been on vacation, so I've been exposed to a lot of it.)

So now to hypotheses. Perhaps people behave badly because --

What these hypotheses amount to is either a failure to recognize the nature of one's behavior in the circumstances, a failure to have adequately internalized the relevant social norms of behavior, an inability to recognize the legitimate and normal wants of others, or combinations of all these.

This subject is relevant to "understandingsociety" because it fundamentally has to do with social behavior, norms, and the cognitive-practical frameworks through which people generate their actions. In order to understand this behavior we need to know how people understand their own presence within a social setting. We need to know how they construct an ongoing representation along these lines "What's going on here? What's my role in this social encounter? What's expected of me? How much entitlement do I have to shape the encounter, versus the others present?" And we need to know how important conformance to local norms is to them. The oilman talking too loudly in the dining room at the Paris Ritz-Carlton may not know that local standards call for more decorous conversation, he may be thinking he's in his own private club back in Houston -- or he may just not care about the standards and the peace and quiet of the other guests.

Seen properly, then, this is an occasion for verstehen -- interpretation of the puzzling actions of others in terms of an extended hypothesis about the states of mind and motive from which the action emanated and "makes sense". And there is a lot of social cognition -- or failures of cognition -- that goes into bad behavior.