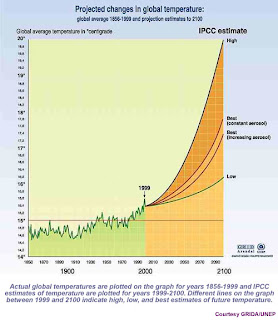 The word of the day is "change" -- the political conventions are blaring it out, and apparently the voting public is ready for it.

It's worth thinking about what "change" amounts to. Things change in many ways -- by accident, by the inevitable workings of natural processes, or as a result of the actions of people and groups. The eruption of Mt. Krakatoa in 1883 changed many things in the world, for better or worse. But this isn't what "change" means in this context.

So the relevant meaning of "change" has to do with actions, goals, and strategies. Calls for change in this sense generally mean one of three things: we need to change direction -- the things we're aiming at aren't quite the right mix. We need to change strategies -- our plans for intervening in the world on the basis of which we are pursuing our goals aren't working well enough. Or we need to change the way we operate -- to embody greater transparency, greater allegiance to human rights, greater honesty. Change is about agency in the world -- the things we aim at, the means we use, and the principles we adopt.

Government -- its policies, its strategies, its priorities -- is at the center of what people are concerned about when they call for change. This is true primarily because governments have the greatest ability to influence the outcomes that we care about the most; but it is also true because governments have badly disappointed us at various junctures in our history, by pursuing the wrong goals or bungling their efforts to achieve the right goals. So it's not a bit surprising that a debate about the need for change would crop up around the moment of this critical election in the United States.

People are calling for change today because they are dissatisfied with the outcomes, trends, strategies, and manner that current public actors are achieving. They see outcomes that are the result of deliberate policies -- but that are highly undesirable. They see policies that are intelligently related to the achievement of certain goals -- but the goals are the wrong ones. They see policies and initiatives that are ill-conceived and bungled. And, often enough, they see public actions that are morally defective in a variety of ways -- dishonest, devious, illegal, anti-democratic, self-interested, or hateful.

So when people call for change, it would appear that they're asking for one of several possible kinds of change: a change of goals, a change of strategies, a change in the manner in which a government or corporation behaves, and perhaps a change in the personnel carrying out these actions. They want to see public action to be aimed at goals that the majority in society can support when honestly conveyed. They want to see policies and strategies that are well suited to achieving these goals, and supported by facts and analysis. They want to see coordinated efforts by their governments that will lead to better outcomes and will put the trends onto a more acceptable course. And they want to see a manner of action that respects the law and the requirements of a civil democracy.

Let's hope that the next several months of political debate can really focus on these core questions: what problems do we most urgently need to solve in the next ten years in this society and this world? What strategies and initiatives do the candidates propose to address these problems? What evidence can we marshall to assess the likelihood that they will follow through with their stated intentions? These are exactly the right debates; and once we think clearly about the goals and priorities we have as a nation, perhaps the choice we make among candidates will be less about personality and more about confidence in the program and the team that will implement it.
Posted by Dan Little at 8:24 AM