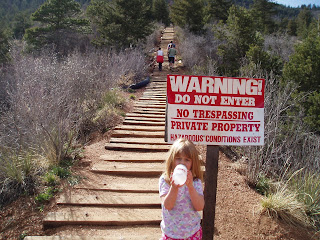 The most visible exercise of power involves the direct use of force or the threat of violence. Demonstrators are cleared from the streets by police with truncheons and water cannons. Storekeepers are compelled to pay protection money by the example of a few mysterious fires. But are there also instruments and tactics of power that do not ultimately depend on force?

Recall a familiar definition of power. A wields power over B if A can bring it about that B behaves in such-and-so a way against B's will, desire, or choice. There are several mechanisms we might consider that involve the imposition of another's will without recourse to the threat of violence.

Consider beach-front property owners who prefer that the public should not stroll on their bits of beach. If the property owners have the political clout needed to install "residents-only" gates on all the points of access, then they have succeeded in controlling the behavior of the strolling public -- without having to hire a private security company to threaten the public with violence if they trespass. They have used power and influence to block certain kinds of behavior. But of course the enforcement of law brings with it the threat of force -- so the private power identified here is actually effective only because it can leverage the coercive power of the state.

So here's another strategy the private group might consider: deception. They might suborn the publishers of the local maps, disguising the points of access to the beach. Public picnic-seekers set off for an afternoon at the beach, only to fall into confusion because of the misleading maps. The private property owners have used their power to alter behavior -- without the trouble of threat of force. (And it is in fact difficult to find some if the exclusive resort communities that have cropped up in the American west!)

And how about this: a well-financed program of disinformation designed to bring the public to believe that the beaches are unsafe, unhealthy, or uncool. The public loses its taste for beaches -- and the property owners once again get their way. No random strollers on the beach. They've exercised power non-violently, by shifting the beliefs and wants of the public. Here the media can be an instrument of power.

And we might imagine, finally, that the property owners exercise their will by "log-rolling" with the community groups who are interested in gaining access to the beachfront -- "our support for your issues X, Y, Z is contingent upon your dropping this issue. You may prevail on this issue, but then you'll lose on X, Y, and Z." The tradeoff is severe, and the property holders prevail.

Where does Marx's quip that "religion is the opiate of the people" come into this analysis? It's relevant in several ways. First, it has to do with preferences. If a religious system leads a group to favor its spiritual redemption over its material improvement, its behavior will change. But it is also relevant to something not yet mentioned: the strength of motivation an individual or groups have to bring about the changes they favor. Strategies that blunt the effective motivation of a group to carry out its purposes are themselves an important avenue of power. And this is suggested by the "opiate" part of the statement, suggesting as it does the image of torpor. So when religion functions as an opiate, it serves to reduce the motivation for action by the group; it is demobilizing.

These examples suggest that elites can effect their will through a variety of means that do not depend upon threat of violence, but that nonetheless work effectively to constrain the actions of other groups.

I'm surprised: no reference to the "three faces of power" literature within political science?