Why "philosophy of social science"? 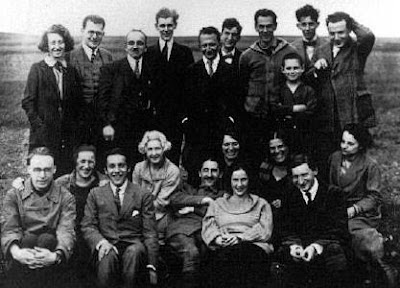 Source: The Frankfurt School
The subject of the philosophy of social science is important but poorly understood. The field considers the most foundational questions about the possibility of scientific knowledge about the social world. What are the scope and limits of scientific knowledge of society? What is involved in arriving at a scientific understanding of society? What are the most appropriate standards for judging proffered social explanations? A philosophy can guide us as we construct a field of knowledge, and it can serve as a set of regulative standards as we conduct and extend that field of knowledge. Philosophy has served both intellectual functions in the past century or two.

The importance of the philosophy of social science derives from two things: first, the urgency and complexity of the challenges posed by the poorly understood social processes that surround us in twenty-first century society, and second, the unsettled status of our understanding of the logic of social science knowledge and explanation. It is as if we were passengers on a technologically complex spacecraft whose propulsion and life support systems we do not fully understand; and further, we have only a limited understanding of the systems of science and engineering on the basis of which these technologies were designed and maintained. We would have a very lively interest in learning the science that explains the workings of the technologies, and in learning the limitations and areas of uncertainty that the relevant sciences include. Likewise, it is important for us to come to a better and more well-grounded understanding of the social, political, and behavioral phenomena that constitute the modern social world. And there are large and unresolved philosophical questions about the logic of social science knowledge and theory on the basis of which to arrive at that understanding.

Contemporary philosophies of social science have focused primarily on contemporary, “mature” social science research and theory. However, philosophies of social science were also relevant in the emergence of the social sciences in the nineteenth century, as idealized schemata for setting the scientific goals that the founders set for themselves. Philosophical ideas about the nature of knowledge and the nature of the social world guided or influenced the founding efforts by such early social researchers as Weber, Durkheim, or Spencer in the formulation of their highest-level assumptions about social processes and their most general assumptions about what a scientific treatment of society ought to look like. So there has been an important back-and-forth between philosophy and the social sciences from the start.

Philosophy, then, played an active role in the intellectual work done by the creators of sociology as they attempted to frame a "science of society" in the nineteenth and early twentieth century (Durkheim, Weber, Marx, the Chicago school of sociology, and the first generation of ethnographers). And I believe we can learn a great deal about how better to understand the contemporary world by attempting to identify the leading assumptions about social scientific knowledge held by the founders of the social sciences. What assumptions about social science knowledge were held by the philosophers who initiated the field, including Comte, Mill, Spencer, and others? How did the development of theories of the "human sciences" within the continental tradition of hermeneutics relate to positivist theories of the social sciences from the Vienna Circle through Popper, Hempel, and Nagel? How did the praxis philosophy of the Frankfurt School change some of the ways we think about the social sciences?

The leading philosophical ideas that have been applied to the social sciences emerged out of these early efforts to make sense of the social world: for example, positivism, naturalism, realism, hermeneutics, individualism, holism, reductionism, falsifiability, materialism, verstehen methodology, feminist epistemology, and causal explanation. Reflection on the leading ideas about the "what and how" of social scientific knowledge will also give us an idea of some of the rethinking that needs to occur in the way that we think about the social sciences in the modern world.

A better understanding of the nature and logic of the social sciences has great practical importance. Just think of the complexity and magnitude of the processes that have been underway in the past fifty years: rapid change in youth culture, ethnic hatred and conflict, full incorporation of most countries into the global economy, terrorism, the emergence of East Asia as a manufacturing super power, population movements, the re-emergence of significant social inequalities within and across countries, new social networks created by the internet, and so on. And these processes are not well understood. We do not have comprehensive theories for which these contemporary processes are a special case—whether “modernization theory,” “world systems theory,” “rational choice theory,” or “theory of exploitation.”

In fact, it is a radical misunderstanding of the nature of the social, to imagine that there might be such theories. Rather, social change is a contingent, multi-threaded social congeries of behavior, institutions, and contingent events, and no single set of comprehensive theories can be expected to explain all these phenomena. These changes are as deep, rapid, and perplexing as those associated with the process of industrialization in nineteenth-century England—and consider how profoundly the experience of Manchester and Birmingham stimulated new sociological thinking in the hands of Engels, Tocqueville, Marx, and the other founders of modern western sociology. So the complexity and opacity of the contemporary social world demands a better understanding of the logic and methods of the social sciences.
Posted by Dan Little at 3:17 PM