A cognitivist philosophy of history 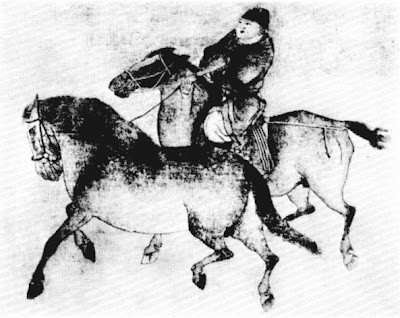 Many of the posts here have raised issues about the philosophy of history. Here is a bit of a synthesis of many of those prior observations.

Fundamentally, we have unfolded a conception of historical explanation that derives from the central idea of situated human action; the idea, as Marx put the point in 1850, that “men make their own history, but not in circumstances of their own choosing.” In other words, historical explanation fundamentally involves identifying the features of agency and structure in the presence of which the great and minor events of history have transpired. Fundamentally historians are faced with the challenge of making sense of the choices that actors have made in bringing about the historical processes that interest us, given their motives and the constraints created by social institutions and structures.

Formulating ideas about agency is therefore key for historians, and we have seen a wide variety of theories of agency in prior posts: Robert Darnton’s ethnographic study of the book-makers’ apprentices; interpretations of historically specific mentalités; attributions of rational or materialist motivations to participants in riots and rebellions; interpretations of religious commitments; and so forth, throughout the almost endless variety of forms that human agency takes. This is the aspect of historical imagination that corresponds roughly to the “hermeneutic” or interpretive strand of historical thinking: what did these historical actors want? How did they think about the world? The topic of mentalités is important; to explain historical outcomes, we must have a theory of the states of mind of the actors who make history and endure it.

Arriving at better understandings of the metaphysics of social structures is a second key focus of the philosophy of history being developed here. How do structures influence and constrain human action? How are structures embodied in the actions and thoughts of individuals? What are the microfoundations of social structures? It is crucial to avoid reifying social structures – attributing to “the state” or “the proletariat” a causal and ontological presence that transcends the individuals who constitute it. But it is also true that there are coherent and defensible ways of formulating conceptions of extended social structures that do not reify them, and that nonetheless provide them with an important and potent source of historical causal force. Once embedded in barracks, police stations, businesses, social networks, and command structures, the military structure of the Burmese junta creates a highly coercive set of social constraints within which Burmese citizens must act. So the fact that each structure is necessarily embodied in the actions, thoughts, and motives of a population of people does not imply that the structure lacks “autonomous” causal effectiveness to influence agents’ behavior.

This philosophy of history also emphasizes that it is very important for historians to arrive at deeper understandings of the metaphysics of social causation. This means, first, understanding the complete inadequacy of traditional positivist interpretations of causation: “causation is no more than regularity”. This Humean view does not serve the natural sciences well, and it certainly does not help us when it comes to social causation. So it is necessary to explore in a fair amount of detail a model of causation that fits with what we know about the actual workings of social processes. The model that I favor is “causal realism”; it holds that the task of arriving at a causal explanation comes down to discovering one or more causal mechanisms linking antecedent to outcome. This approach conforms well to the actual practice of historians constructing narratives. And it is supported by a careful analysis of the metaphysics of social causation as well. The microfoundational approach argued elsewhere holds that social causation proceeds through the behavior of individuals making choices within structures. But whether or not one accepts the microfoundational approach, it is necessary for historians to have a better idea of what they mean when they judge that “X caused Y.”

A fourth important idea that for this philosophy of history is the fact of historical contingency. Historical events are the result of the conjunction of separate strands of causation, each of which contains its own inherent contingency. And coincidence, accident, and unanticipated actions by participants and bystanders all lead to a deepening of the contingency of historical outcomes. However, the fact that social outcomes have a high degree of contingency is entirely consistent with the idea that the idea that a social order embodies a broad collection of causal processes and mechanisms. These causal mechanisms are a valid subject of study – even though they do not contribute to a deterministic causal order.

Further, we have observed repeatedly that social phenomena are heterogeneous and plastic. Institutions change over time in response to the actions and intentions of participants (plasticity); and generally similar institutions are nonetheless significantly different in their mid-level characteristics and dynamics (heterogeneity). Cities illustrate both characteristics. The institutional regimes through which a given city manages an important urban problem – handling the provisioning of clean water, let us say – change over time; this illustrates plasticity. And different cities have very different internal functional organizations, all serving to fulfill roughly the same set of urban functions but in very different ways (heterogeneity). It is important for historians and historical social scientists to keep these fundamental ontological facts about the social world in mind as they attempt to conceptualize the past. Otherwise we are likely to produce stylized and repetitive interpretations of the institutions and actions of the past, overlooking the important ways in which those institutions differed from each other and from contemporary equivalents.

The related ideas of meso-history and comparative history conform well to all these recommendations. By paying attention to the mid-level processes and institutions of a given time period, the historian is drawn into the distinguishing features as well as the common features of these institutions. (How did French absolutism really work, when it came to collecting taxes, raising armies, and managing a bureaucracy?) And by engaging in careful comparison across complex cases, the historian is brought to recognize the facts of institutional variation and, sometimes, commonality. (How did proto-industrial handicraft production work in Amsterdam and Suzhou; what were the similarities as well as differences of these pre-modern economic institutions?) Likewise, several discussions above have illustrated the explanatory value that derives from the study of meso-level social institutions and organizations – for example, the transportation system that exists in a given region. Further, meso-history and comparative history lead the historian to have a more practical recognition of the contingency and path dependency of mid-level economic, political, or social institutions. It is difficult to maintain that there is only one way of managing a fiscal system or growing a pre-modern industrial economy, when one’s research lays bare the similarities and differences that existed in different settings in France or Japan.

Turning to questions about evidence and objectivity, this philosophy of history offers support for the idea that historical inquiry is an empirically rigorous endeavor. Skeptics sometimes make easy statements such as “the past is unknowable,” “historical interpretations are inherently subjective,” and “all historical statements are the result of the historian’s bias.” But close examination of serious examples of historical research and debate demonstrate that historians engage in detailed historical research involving different kinds of historical evidence and theories from the social sciences, and arrive at well-grounded hypotheses about circumstances in the past. Questions like these turn out to have answers in which we can have a fair degree of confidence: “What was the typical annual food budget for an agricultural worker in England’s midlands in 1700?”, “Why did Parisian artisans support mobilization against the monarchy in 1848?”, “Did the Chinese Cultural Revolution involve deliberate strategies of mass killing?” It will sometimes turn out that there just is not enough historical evidence available to answer a given question, but this is surprisingly uncommon. Debates exist over the interpretation of the facts; but often enough, further research suffices to narrow the range of debate for the next generation. So we have found many reasons to be optimistic about the objectivity and truthfulness of historical knowledge.

This philosophy of history does not consider every problem that arises in the doing of history. I focus instead on the knowledge enterprise: what is involved in knowing (some of) the facts about the past? And what is involved in arriving at satisfactory explanations of these facts? There are other goals that historians have in doing their work, from illustrating a moral point, to entertaining a reading audience with surprising stories about those who came before. But many of the most interesting historical writings fall squarely within the “cognitivist” approach, and their examples support an interpretation of historical knowledge that is evidence-based, rigorous, and post-positivist. On this interpretation, history is a kind of social science, sharing commitments to evidence, rigorous reasoning, and critical use of theory in arriving at true statements about the world. And this is a lofty aspiration for historians and philosophers.
Posted by Dan Little at 10:06 PM

Great post (as usual). I'm working on a paper on the history of Enlightenment ideals in America, and in doing so I've been wondering over and over again how to really explain history. What you've presented in this post is exactly the direction I was looking to go in. Thanks so much.

It seems to me that most historians don't take social science theory nearly as seriously as you do. What is your take on this?

Also, in aiming toward doing history rich in explanatory theory, would you say that this would take considerably more time to complete? And if so, how do we get our advisers to understand this?