History of the present 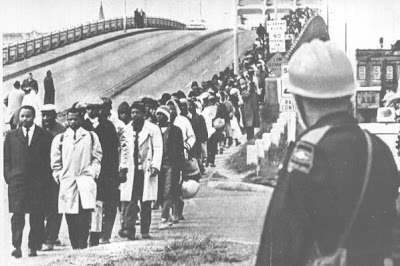 What is involved in writing a history of the present? It's not quite the oxymoron it may appear to be. It is often enough that we find ourselves in the middle of complicated, confusing, and interwoven events locally, regionally, or globally -- events that require much the same sort of conceptual and integrative work that the Manchu conquest of China or the Odessa mutiny requires for the traditional historian. For example, think of the Red Shirt protests in Thailand a few months ago, or the financial crisis in September 2008. And think of the intellectual challenge presented for the observer to try to arrive at a somewhat detailed interpretation of what was occurring. This is an act of "apperception" -- taking many separate pieces of evidence and experience and forging them together into a unified representation. And it seems to have a great deal in common with more traditional historical cognition.

There seems to be one specific way in which the task can't be done at all. When we are in the midst of something big, we may be able to recognize that it is momentous without really being able to say what "it" is. That is because we don't know how it is going to turn out. Is it a popular revolution of the have-nots against Thailand's elites, or a short period of unrest? Is it the beginning of another Great Depression, or just a serious episode of financial turbulence? We can't answer these questions until the events play out.

That point is fair enough, but it doesn't really close off the discussion. There is still the question, what can contemporary observers do to understand and document an important event as it unfolds? And here the answer is very similar to traditional historical research. Observers can collect and record documents in real time. They can interview participants. They can view and interpret the communications of the powerful and the insurgents. And, on the basis of these kinds of investigations, they can begin to arrive at interpretations of what is occurring, over what terrain, by what actors, in response to what forces and motives. In other words, they can attempt to arrive at an evidence-based integrative narrative of what the processes of the present amount to.

Think, for example, of western academics who found themselves in Shanghai in the late 1930s. They were in a position to talk with ordinary people, Communist activists, and Guomindang officials. They were able to collect the ephemera of the social struggle that was underway. They were able to observe at close range the Japanese assault on the city. And, perhaps, they were forced to join one of the great mass evacuations in history, with tens of thousands of ordinary Chinese people fleeing the city on foot. These observers lived a bit of China's history; but they were also in a position to write a part of its current history in 1938. One such academic was Professor Theodore Herman, who lived in China during the period and gathered an important collection of political posters and other ephemera (link).

And we can extend these examples indefinitely. Think of the young African-American activists who went south in 1963, who lived and made this piece of American history; and think of the perspective they were able to arrive at in conceptualizing America, 1963. And for some of these men and women, the discovery and writing of the history was itself an important part of the struggle. (Here is an excerpt of an interview with Professor Gloria House that gives a vivid sense of this aspect of historical experience and interpretation (link).)

So a couple of things seem true. One is that there is a form of "historical apperception" that is just as necessary for understanding the present as for understanding the past. A second point is that a given "history of the present" is doubly contestable: the contemporary's angle of view may be limited enough that future historians will conclude that the apperception was fundamentally flawed; and the processes underway may turn out so differently from what was expected, that the mid-stream apperception may be judged basically misleading when the process is complete.

But a few other things are true as well. The participant has an immediate access to documents, speeches, and events that later historians can only envy; so by recording these observations the participant can lay a good foundation for later interpretations. The participant has often had direct experiences that give him or her a specific understanding of some aspects of the events -- for example, the passions and motives associated with the period. And third, the participant's historical observations may in fact be remarkably acute, taking observations of current activities and constructing them into a historical representation that holds up well. So attempting to write a history of significant events in the present is a valid intellectual goal.

So far I've looked at the easy part of the question: historical apperception of specific events and processes. Much harder is the more general question: to what extent is it possible for an observer in 2000 to attempt an interpretation of "fin-de-siècle" America? That is, to what extent is it possible to encapsulate the broad sweep of the present from the perspective of the present? And here we can probably agree with Zhou Enlai in 1989 when asked, "what is the significance of the French Revolution?" -- "It is too early to tell."
Posted by Dan Little at 8:09 PM