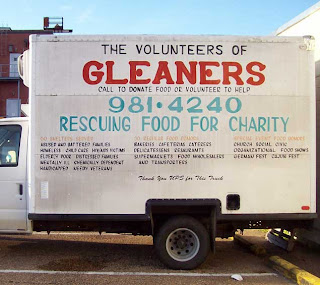 A disposition towards civic engagement and community service seems to be a very fundamental component of social psychology that differs significantly across cohorts and populations.  But the frequency of this motivation across the population is also surely a key component of the health of social order.  One would hypothesize that this is an aspect of individual motivation and identity that determines the level at which a community will succeed in accomplishing its most critical tasks such as poverty alleviation, remedies for poor schools, or addressing homelessness.  If a city has a significant level of high-poverty schools, with associated low levels of student academic success in the early grades, surely it is helpful when a significant number of adults and young people experience a desire to help address the problem through mentoring and tutoring programs.

But the question of how this component of social psychology works is a complex one.  What are the influences in daily life through which children and young people acquire this sensibility?  What are the value systems and institutional arrangements that encourage or discourage a disposition towards civic engagement?  What kinds of experiences increase (or reduce) an individual's motivation to be involved in community service?  (Here is an earlier posting on this question.)

Doug McAdam and Cynthia Brandt have addressed part of this question through a study of young people who have been involved with Teach for America (NYT story).  Their article, "Assessing the Effects of Voluntary Youth Service: The Case of Teach for America," appeared in Social Forces this month.  Here is how the authors describe their project:


We use survey data from all accepted applicants to Teach for America (TFA) between 1993-98 to assess the longer-term effect of youth service on participants’ current civic attitudes and behaviors.


Their survey includes individuals who were accepted into Teach for America in the relevant years.  They break the population into three groups: graduates, drop-outs, and non-matriculants.  Their central findings are these:
These are surprising findings.  The TFA population as a whole shows a higher level of civic engagement than the general population.  But within the TFA population, the graduates lag.  This seems to cast doubt on one of the central claims for community service: that the experience leads young people to develop characteristics that make them more engaged in the future.

McAdam and Brandt offer a few hypotheses about how we might explain these findings: burnout, delay in transition to career, a feeling of "having done my part," a sense of disillusionment with service; and the possibility that non-matriculants may have had other experiences that are even more conducive to lifetime civic engagement.

Here is their summary conclusion:


What, in the end, are we prepared to say about the significantly lower levels of current service on the part of matriculants relative to non-matriculants?  Temporary exhaustion on the part of recent graduates (and drop-outs) appears to be a part of the story.  But so too are negative reactions to TFA and, for many, the isolating nature of the teaching experience.  Whatever the mix of these (and unmeasured) explanatory factors, the stark fact remains: far from increasing subsequent civic involvement, the TFA experience appears, for some, to depress current service participation.


But here is another striking conclusion based on their data: the gap evidenced in the civic engagement of the graduates is entirely explained by the 15% of graduates whose experience with TFA left them dissatisfied.  The 85% who were satisfied with the program demonstrate the same levels of civic engagement as the drop-outs and non-matriculants.  "It is the 15 percent of the graduates who have a retrospectively negative view of their TFA experience who account for the service/civic “gap” between graduates and the other two subject groups."  This suggests that a program for community service needs to work hard to assure that the expectations of its volunteers are met.

McAdam and Brandt go out of their way to indicate that their research should not be understood as a foundation of criticism of TFA or of programs of civic engagement more broadly.  Rather, their goal is to find ways of assessing causal claims that are made on behalf of programs of youth engagement and community service.  In order to influence attitudes and behavior, we need to have evidence-based analysis of how a variety of relevant institutions actually work.  This kind of survey research is one such instrument of assessment.

The largest national service program in the US today is AmeriCorps (including CityYear).  Here is a link to an ongoing study of AmeriCorps members and their levels of civic engagement following their period of service.  McAdam and Brandt summarize the most recent findings of the AmeriCorps study:


The 2008 results are representative of the findings from the study as a whole.  While AmeriCorps members differ from those in the comparison group on some attitudinal items, behavioral effects are few and far between.  The two groups—AmeriCorps and comparison—were compared on fourteen measures of civic participation, including voting, charitable giving, and volunteer service.  They differed on only four, with one of the differences favoring members of the comparison groups.  In short, the modal behavioral effect appears negligible.


The survey research that McAdam-Brandt have done is one interesting and important way of trying to gauge the impact of a certain kind of institution on a feature of social psychology.  It is intriguing to wonder whether other tools might also shed light on the transformative and developmental processes that occur within the experience of intensive community service.  For example, how does the experience of working together in a racially and socially mixed group affect the social understandings and motivations of the young people who are involved?  How does the experience of spending a summer in a public health clinic in Chiapas influence the college students who participate?  Are there qualitative methodologies available that would shed more light on these concrete mechanisms of identity formation?  Would a study based on interviews and focus groups provide some insight into the processes of change that young people undergo in an AmeriCorps placement, a CityYear team, or an intense two months in a poor community in Mexico?

Suppose a researcher carried out a focus-group study on a group of CityYear corps members from September to April, and suppose the research provided evidence suggesting that Corps members had acquired specific competences of inter-community understanding.  Suppose interviews and focus group videos show that white corps members had demonstrated a growing ability to understand the situations and worldviews of their black or brown fellow corps members, and vice versa.  This would be evidence for judging that the CityYear environment leads to social-psychological development in the area of inter-cultural and inter-racial competence.  The young people who have undergone these experiences have become more attuned to racism, racial disadvantage, and the nuances of difference that exist in the perceptions of white, black, and brown young people.  They have increased their skill and confidence in interacting with a wider range of people.  And, presumably, they will live their adult lives with greater commitment to inter-group dialogue and struggle to reduce the inequalities associated with race in our country.  How might this set of facts relate to the framing of a longitudinal survey of CityYear alumni?

Essentially we would reason along these lines.  If the changes and developmental mechanisms that were documented in the qualitative study are real and durable, then there should also be differences in the attitudes and behaviors of CityYear alumni five, ten, and fifteen years later.  So a survey of alumni, along with an appropriately defined control group, should demonstrate significant differences in attitude and behavior.  And if there are no such differences, then we would be pushed towards concluding either that the developmental changes identified in the qualitative study were spurious, or they were indurable.  So there is a close logical relationship between the hypotheses suggested  by the qualitative study (about processes and effects of social development) and the longitudinal study (about the attitudes and behaviors of a population at later moments in time).

This is important work if we are interested in helping young people acquire the attitudes, values, and practices that will make them good citizens and caring members of communities.  And ultimately, it is a question that can be usefully investigated using a variety of tools of social and behavioral research.
Posted by Dan Little at 1:27 PM