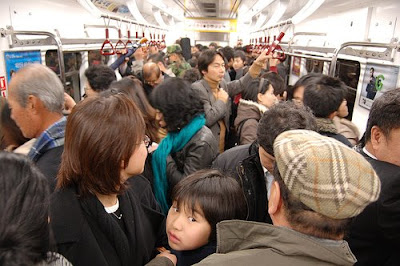 It is an interesting and important fact that most of us live our lives on orbits that seldom intersect with the orbits of some other categories of people in society.  The boundaries of our social worlds are often marked by major forms of social separation -- race, income, residence, work, region, or age.  And this creates the result that we have very little understanding of how people from other social segments think, reason, feel, and organize their experiences.  We think in terms of stereotypes about other people in other segments of society, rather than having a concrete experiential basis in common with them.

When geography is a large part of this separation it is easy to understand -- a suburban tax accountant in Massachusetts has very little daily experience that would permit him/her to gain knowledge of the thoughts, values, and experiences of rural Thai villagers.  But the striking fact is that there is often an equally deep separation between the phenomenal worlds of the suburban tax accountant and the homeless person in the nearby city or the blue collar woman who drives the local school bus.

This wouldn't matter too much if everyone's experiences and mental worlds were essentially similar. But they plainly are not.  Take poverty and affluence: the things that a poor person thinks about first when confronted with a small cash windfall are surely quite different from the affluent person.  Chronic deprivation probably gives the poor person a very clear recognition of his/her priorities for consumption that look very different from the affluent person.  Being offered a pair of basketball tickets to a Pistons game, for example: the poor person is likely enough to see the resale value of the tickets and the more pressing needs that he/she has for cash -- and therefore is more likely to come to the decision to sell the tickets rather than attend the game.  Or take ethnic differences -- a Yemeni immigrant in urban Michigan is likely to see the visit of a census worker in very different terms than does the middle-class suburbanite.

So the differences in worldview and values of people in different social segments are probably quite large.  And here is the important part of the story: it is valuable and interesting to find ways of reaching across these forms of separation and come to see how other people experience their worlds.  Each person's experiences and perspectives on the world are enriched by deep, extensive engagement with people very different from him/herself.  This is one of the chief values of a diverse but interconnected social community.  And it is one of the most regrettable costs of a highly divided society.

Social institutions that help to allow people to connect meaningfully across these social divides are particularly valuable.  This is how the social value of "diversity" gets actualized.  Sometimes religious organizations offer this possibility to their members, when different economic or national communities come together to worship.  Military service can also have this effect -- especially in countries with wide or universal military obligations such as Israel. Community service organizations like CityYear and AmeriCorps provide young people with an environment where they can have the opportunity of coming to know other people from very different social backgrounds.  And universities have this potential as well -- though colleges haven't been as successful as they should be at gaining this kind of cross-group understanding. Service-learning courses are one way that faculty in some universities have found to give their students meaningful exposure to the social realities that surround them -- and therefore to give them a broader avenue through which to encounter the experiences and worldviews of the segments of society that don't wind up in their middle-class orbits.

One of the reasons that Studs Terkel was such a fascinating writer and radio personality, was his ability to connect with people from widely different worlds.  His understanding of working America was dramatically different from that of most of us -- because he had great curiosity about other people, and he had the motivation to go out and talk to them.  Here is Studs talking about the experience of the Great Depression -- and the recession of 1997.