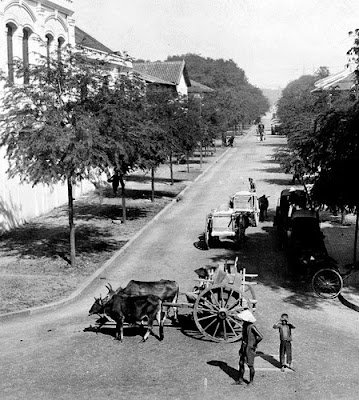 James Scott is one of the really exceptional social scientists of his generation.  His contributions to peasant studies have been transformative -- his ideas of the "moral economy of the peasant" and "weapons of the weak" are now part of the tool set that we all use in trying to make sense of agrarian societies (The Moral Economy of the Peasant: Rebellion and Subsistence in Southeast Asia

, Weapons of the Weak: Everyday Forms of Peasant Resistance

, Domination and the Arts of Resistance: Hidden Transcripts

).  And his historical and ethnographic accounts of peasant life and struggle have given us a strong basis for understanding these movements that were so important during the anti-colonial struggles of the mid-twentieth century.  (I've treated several of these contributions in earlier posts here, here, here, and here.)

What is particularly striking about Scott's work is the range of his sociological imagination.  He is a genuinely creative thinker when it comes to making sense of some of some very complex human phenomena -- peasant mobilization, agricultural modernization, and large-scale efforts to transform the world.  Each of his books introduces something new (for example, his treatment of Gramsci and hegemony in Weapons of the Weak, or his use of "hidden transcripts" in Domination and the Arts of Resistance).  He is a master at coming up with a concept, theory, or metaphor that can help to explain complex forms of social behavior, from the points of view of the actors.  And he does a great job of overcoming the dichotomy between "material circumstances" and "culture"; the peasant communities and movements that he treats are both materially situated and culturally specific.

A more recent book that makes a number of important new contributions is Seeing Like a State: How Certain Schemes to Improve the Human Condition Have Failed (1998).  Here Scott shifts focus in two ways.  His analysis here differs from his earlier books in that it is both more macro -- he examines the ways that states think; and more micro -- he also examines the nature of individually situated expert local knowledge.  Both parts of the analysis are interesting and novel.

The book explores what Scott calls "high modernism" -- essentially, the effort to use science and theory to order and regularize the social world, and to use theories of the future to remake the present.  Scott defines high modernism in these terms:


It is best conceived as a strong, one might even say muscle-bound, version of the beliefs in scientific and technical progress that were associated with industrialization in Western Europe and in North America from roughly 1830 until World War I. At its core was a supreme self-confidence about continued linear progress, the development of scientific and technical knowledge, the expansion of production, the rational design of social order, the growing satisfaction of human needs, and, not least, an increasing control over nature. (89)


Initially he puts the point in terms of the modern state's agenda of "sedentarianization" -- reducing the mobility and anonymity of nomadic peoples and organizing them into "legible" formations.


The more I examined these efforts at sedentarization, the more I came to see them as a state's attempt to make a society legible, to arrange the population in ways that simplified the classic state functions of taxation, conscription, and prevention of rebellion. (2)

Much of early modern European statecraft seemed similarly devoted to rationalizing and standardizing what was a social hieroglyph into a legible and administratively more convenient format.  The social simplifications thus introduced not only permitted a more finely tuned system of taxation and conscription but also greatly enhanced state capacity. (Introduction)


The core thesis of the book is the damage that states have done when they have attempted to implement antecedent theories of social change:


I believe that many of the most tragic episodes of state development in the late nineteenth and twentieth centuries originate in a particularly pernicious combination of three elements.  The first is the aspiration to the administrative ordering of nature and society, an aspiration that we have already seen at work in scientific forestry, but one raised to a far more comprehensive and ambitious level....  The second element is the unrestrained use of the power of the modern state as an instrument for achieving these designs.  The third element is a weakened or prostrate civil society that lacks the capacity to resist these plans. (88-89)


High modernism was evident in agriculture; but it was also visible in urban planning.


Le Corbusier had no patience for the physical environment that centuries of urban living had created. He heaped scorn on the tangle, darkness, and disorder, the crowded and pestilential conditions, of Paris and other European cities at the turn of the century ... He was visually offended by disarray and confusion. (106)


The French-inspired urban design of colonial-era Saigon is pictured above.

Scott's view is that the central development disasters of the twentieth century derived from this toxic combination of epistemic arrogance and authoritarian power, including especially an excessive confidence in the ability of principles of "scientific management" to order and organize human activity.  He provides case studies of the creation of Brasilia as a completely planned city; Soviet collectivization of agriculture in 1929-30; villagization in Tanzania; and the effort to regularize and systematize modern agriculture (266).  And we could add China's Great Leap Forward famine to the list.  In each case, the high-modernist ideology led to a catastrophic failure of social development.


A constant contrast in the book is between the objectifying knowledge of modernist science -- social and natural -- and the particular knowledge systems of practitioners and locals about the nature of their local environment -- what he calls "metis".  "Throughout this book I make the case for the indispensable role of practical knowledge, informal processes, and improvisation in the face of unpredictability" (6).  A particularly clear instance of these two perspectives comes in through Scott's discussion of scientific forestry and the local knowledge of forest ecology possessed by villagers.  Beekeeping, traditional farming, and the cultivation of the mango tree (333) are other good examples.  Two forests are pictured below; the first is an old-growth forest, and the second is the result of scientific forestry. And Scott documents the ecological destruction that resulted when these principles of scientific forestry were exported from Germany to Southeast Asia. 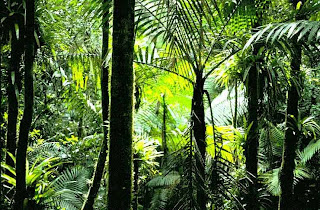 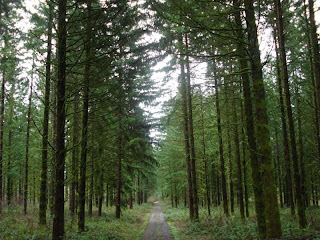 Scott's perspective here is not anti-scientific or anti-modern.  Instead, it is fundamentally anti-authoritarian: the high-modernist impulse coupled with the power of the modern state has led to massive human disasters.  And confidence in comprehensive, abstract theories -- whether of forests, bees, or cities -- has been an important element of these destructive endeavors.  So the conclusion is a moderate one: pay attention to local knowledge, be suspicious of totalizing experiments in transforming society or nature, and trust the people who are affected by policies to contribute to their design.

Scott's arguments in Seeing Like a State provide some resonance with two other insightful writers discussed in earlier postings: Michael Polanyi (on the importance of tacit knowledge) and Karl Popper (on the hazards associated with comprehensive social engineering).

(Scott's most recent book is The Art of Not Being Governed: An Anarchist History of Upland Southeast Asia

Very nice introduction of the author's work. Would you mind if I translate your article for my blog in Turkish? I lecture at a university in Istanbul about modernity.

M. Berk -- Thanks for your interest. Feel free to translate the post for your blog.

I wonder whether some sort of 'subsidiarity' provides a partial answer.

I came across this paper on check dams in Kerala which suggeststhat even on relatively small scale, government initiatives may not be helpful.
http://dspace.iimk.ac.in/bitstream/2259/570/1/Balooni+et+al+AWM.pdf

Perhaps some sort of self-organization takes place at various levels and the challenge is to design methods which do not interfere too much with such organizations.

Thanks - a very useful review!

I am an officer of official government in Indonesia. I am very pleased reading your review on this topic. It makes me to contemplate how the way the government, especially my government has never really care about local wisdom. In normative way, they always say local wisdom is the vein of the policy, but never encouraged local people to participate in policy making. Thank you for the sight you have been shared.