History of economic thought and the present 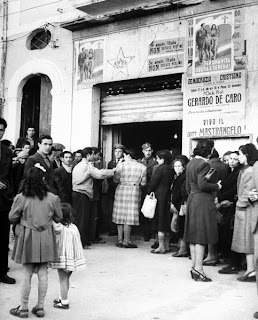 A position at the other end of the spectrum holds that the history of economic thought is indeed relevant to contemporary economic theory and analysis. In particular, we can gain new insights into the contemporary global economy by reconsidering and developing theories that fall in the category of "alternative economics" -- e.g. Marx, Polanyi, Georgescu-Roegen, or even Malthus. The rationale here is that economics is an open-textured field of thought today, with some threads of analysis deeply and fully developed, others left fallow, and yet others still undiscovered. If the scientific challenge of economics is to provide hypotheses, theories, and modes of analysis that permit us to understand the behavior of a modern economy – then modesty and recent experience should convince us that there are major gaps in our knowledge.


This in turn suggests that it is likely enough that there are large perspectives within the history of economic thought that have not been adequately developed and assessed. There is a great deal of path dependence in the development of economics as a discipline and profession (link); and there are identifiable turning points where we can judge with confidence that themes that were eliminated at a certain time would have led to a substantially different intellectual system had they persisted. So careful work in the history of economic thought is indeed relevant to improving our current understanding of a complex economy. (See several earlier posts that illustrate these points; link, link.)

A limited way of taking this latter position to heart is to return to some of the early economists in order to reformulate their basic insights in more adequate theoretical and mathematical ways.  Pierro Sraffa did some of this work with regard to Ricardo in Production of Commodities by Means of Commodities : Prelude to a Critique of Economic Theory

.  Michio Morishima illustrates this approach in his books on Ricardo (Ricardo's Economics: A General Equilibrium Theory of Distribution and Growth

) and Marx (Marx's Economics: A dual theory of value and growth

). And John Roemer does similar work by returning to Marx's theory of exploitation and finding alternative analytics leading to essentially the same conclusions that Marx reached in A General Theory of Exploitation and Class

.  In each case, modern economic analytical tools are used to reformulate the theories and insights of the earlier economist.

The harder question, though, is whether a reconsideration of the history of economic thought can lead to fundamentally different frameworks of thought for economics.  Is there a place for "political economy" in our contemporary discipline of economics?  What about a Polanyian economics?  Should we reconsider the relevance of ethnography for economic theorizing?  And, of course, are there parts of Marx's economics which are once again relevant to our understanding of contemporary economic institutions?

This issue comes up in other areas of the social sciences as well, of course.  Paul Adler addresses the issue of the relevance of the history of the social sciences for contemporary research in his introduction to The Oxford Handbook of Sociology and Organization Studies: Classical Foundations (link). Adler makes a strong case for why the classics of sociology remain relevant for the discipline and, indeed, provide a powerful resource for trying to understand the most current social processes.  Here is a description which works equally well for the history of economics:


This trend bodes badly for the intellectual development of organization studies. As Jeffrey Alexander (1987), Art Stinchcombe (1982), and others have argued, social sciences—as distinct from natural sciences—are considerably enriched by rereadings of their classics.  (5)


The contributors to this volume share a concern that organization studies reconnect with broader social issues. Since ours is a society of organizations, many of these big issues are directly organizational, as evidenced by the headlines of the daily news: globalization, outsourcing, the pressure of ﬁnancial markets on industrial ﬁrms, new technologies that obsolete old organizations, the fate of the individual, and the possibility of collective agency in the face of massive systemic forces of change, and so on.

The discrepancy between this list and the list of topics in recent organization studies research is both saddening and troubling. Saddening, because it represents a narrowing of scope, ambition, and concern compared to the founders of the ﬁeld. Troubling, because this narrowing saps the vitality of the ﬁeld. A ﬁeld that hides its head in the sand when its ostensible subject matter is undergoing such massive turbulence is a ﬁeld that risks losing any credibility. Moreover, it risks losing its ‘franchise’, its legitimacy as a key discipline in the broader public’s effort to make sense of these changes. (6)

These comments seem equally relevant to contemporary economic research as well.  Persistent high unemployment, for example, is both a huge social problem and an unresolved theoretical issue -- whether  in Milan in the 1950s or in Detroit in 2011.

So -- given the richness of debates and theories that have taken place in the past two centuries of economic reasoning; given the variety of approaches to economic institutions and mechanisms that have been put forward during that history; and given the unresolved challenges we face in understanding and guiding a complex modern economy -- surely the careful study of the history of economic thought will repay the effort we give it.

Email ThisBlogThis!Share to TwitterShare to FacebookShare to Pinterest
Labels: CAT_disciplines

I earned a bachelor's in "Ethics and Social Institutions." During the flagship course we talked about the evolution of economic thought and read Polanyi as a key work.

Thanks for the interesting post. Found it on reddit.com's economics section.

Enjoyed the article as well. I think the reason why it's not included is that it requires an education and a historical understanding of things. Because we can "predict" things we like to quantify everything and forget that while useful, models are based off of assumptions that may simply not be true.

I was lucky enough to have a great Political Economics teacher who made sure I understood the theoretical underpinnings behind every model. Sadly, modern finance doesn't put an importance on that.

Isn't the profession of economics thoroughly dedicated to showing that economics is not a social science?

Where did you study? Sounds like an interesting program you were in.

There is this course offered at The New School for Social Research called Historical Foundations of Political Economy. I had to drop it, but Professor Shaikh seemed very serious about uncovering the value in the economic thought of the classical economists. His own economic thought seems to be grounded on these classical economists. I wish I could have stayed in the course. Those first two lectures were really interesting (link).