Academic freedom from Hofstadter to Dworkin 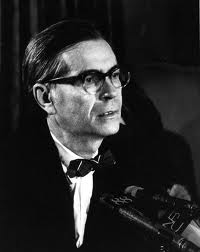 Academic freedom is a core value in American higher education. At certain times in our history it is a value that has been severely challenged, including especially during the McCarthy period of the 1950s. But what, precisely, does it entail?

One way of starting on this topic is to consider Richard Hofstadter's writings on the subject. Hofstadter was an historian who did an excellent job of tracking some deep currents in American political culture, including the powerful currents of progressivism, conservatism and paranoia that American politics have embodied over the past two centuries (The Progressive Movement: 1900-1915, Anti-Intellectualism in American Life

, The Paranoid Style in American Politics

). (Here is an informative review of Hofstadter's biography in the New York Times.)
One of those currents on the progressive side is the idea of academic freedom. Hofstadter was a champion of the value of intellectual discourse in a democracy, and Development of Academic Freedom in United States (with Walter Metzger, 1955)

was a direct response to the attack on the academic freedoms of professors of the McCarthy period beginning in 1953. (The first part of this book was later published as Academic Freedom in the Age of the College

(1961), which covers the history of the freedoms assigned to colleges and universities from the European middle ages to American colleges at the time of the Civil War.) The project as a whole is an interesting one. It was funded by the American Academic Freedom Project at Columbia as a response to Joseph McCarthy's attack on universities and professors. Hofstadter's part of the project was to write a history of the evolving idea of academic freedom from the European middle ages through the American colleges of the 1860s. Walter Metzger's contribution analyzed the development of universities and academic freedom in America after the 1860s. Robert MacIver wrote a companion volume, Academic Freedom in Our Time

What is lacking in Development of Academic Freedom is an analytical definition of the idea of academic freedom. Hofstadter is clearest in his defense of the idea of the independent intellectual, whether in the medieval Italian university of the nineteenth century American university. But neither he nor Metzger give a succinct definition of the concept of academic freedom itself.

So what is academic freedom? And how is it distinct from the other kinds of freedoms we have as either constitutional protections or fundamental human rights -- freedom of association, freedom of speech and thought, freedom of expression? Fundamentally the idea is that the faculty of a university have a more extensive and specialized version of each of these fundamental freedoms, and that their exercise of their academic freedom cannot be used as a basis for dismissing them from their positions within the university. (This is the fundamental justification of the system of faculty tenure.) The employees of a corporation have a right of freedom of expression; but their conditions of employment may set limits on their exercise of that freedom. For example, there are numerous examples of people dismissed from their jobs in the private sector as a result of their comments about the company they work for. The idea of academic freedom is that professors have a special right to think, reason, and express their ideas about subjects relevant to their teaching and research responsibilities without fear of sanction by the universities (or legislatures) that employ them.

A second dimension of the idea of academic freedom is institutional. The university ought to be significantly autonomous from the power centers of society in its internal organization and decision-making. The curriculum, the subjects that are taught and researched, and the processes of appointment and review of faculty should be governed by the processes of the university rather than external powers in society. And most fundamentally, this aspect of the idea depends on the notion that the pursuit of truth should depend on the rational procedures of the disciplines of the sciences and humanities, not on the particular interests of powerful segments of society.

: the pursuit of truth requires the untrammeled exploration of and expression of conflicting ideas, so that rational citizens can arrive at a better understanding of the issues. Here is how the 1940 AAUP statement puts the point (link):

Here is the classic statement of academic freedom from the AAUP Red Book, drafted in 1940 (link).

Academic Freedom
This statement refers to three zones of academic freedom: in research and publication, in the classroom, and in "extramural expressions" by faculty members in the exercise of their ordinary citizens' rights of expression. Essentially this final point comes down to the idea that a faculty member has an ordinary citizen's right to express ideas that are unpopular to the public without punishment, "censorship or discipline" from the university for this expression. Noam Chomsky's opinions about the Vietnam War or the Gulf War were often unpopular with officials and the public; but his academic freedom assured that he would not be censored by his university employer. An employee of Northrup or Krogers would not have had the same protections. (Note that principle 3 is the most qualified of the three, and sets somewhat vague limits on the content and form of extra-mural utterances by the faculty member.)

The AAUP statement does not separately justify its inclusion of the extramural principle; but presumably it goes along these lines. Determining public policy in a democracy requires open debate among well informed citizens. Faculty members are well positioned to develop their knowledge and arguments about important public issues -- welfare reform, desegregation, war and peace. The public and the common good are well served by a set of arrangements that enable faculty members to speak their minds without fear of retaliation from their university employers. So it is felicitous to extend the protections of academic freedom to expressions by faculty members in the public sphere as well as within the university.

(1998). Dworkin argues that the issues surrounding academic freedom have shifted since the 1970s, and that they have as much to do with criticisms of faculty speech from the left as from the right. Here is how Dworkin describes the essentials of academic freedom:

We begin reinterpreting academic freedom by reminding ourselves of what, historically, it has been understood to require and not to require. It imposes two levels of insulation. First, it insulates universities, colleges, and other institutions of higher education from political institutions like legislatures and courts and from economic powers like large corporations. A state legislature has, of course, the right to decide which state universities to establish -- whether, for example, to add an agricultural or a liberal arts college to the existing university structure. But once political officials have established such an institution, fixed its academic character and its budget, and appointed its officials, they may not dictate how those they have appointed should interpret that character or who should teach what is to be taught, or how. Second, academic freedom insulates scholars from the administrators of their universities: university officials can appoint faculty, allocate budgets to departments, and in that way decide, within limits, what curriculum will be offered. But they cannot dictate how those who have been appointed will teach what has been decided will be taught. (183)

In addition to the utilitarian reasons for defending academic freedom mentioned above, Dworkin argues that there is also a principled ethical basis for these institutional protections based on his theory of "ethical individualism".

It seems relatively clear that academic freedom is a fragile value that depends substantially on the willingness of the public to recognize its crucial role in securing democratic progress, and legislatures and elected officials who are prepared to resist the inclination to narrow its scope. And it also seems right that Hofstadter's central intuitions about universities are still the strongest justification for the defense of academic freedom: the integrity of intellectuals and scholars seeking and debating the truth and the contribution they can make to a civil democracy. Here is how Robert MacIver puts this point in Academic Freedom in Our Time:

The search for knowledge, honestly undertaken, is a moral discipline. With the pursuit of this discipline goes the liberation from intolerance. . . Thus the intellectual mission of the university becomes also a moral one. Men sensitive to experience may learn the lesson in other ways, but the institution of learning is a major training ground. . . . Not knowledge itself but the free search for and the free communication of knowledge distinguishes the open mind from the closed mind, and the open society from the closed society.... The attack on academic freedom is an attack on all these values. (261-262.)

Here is a review of Hofstadter and Metzger, Development of Academic Freedom in United States

as well as MacIver, Academic Freedom in Our Time

. Here is an article in the Journal of Philosophy on MacIver's book, including a fascinating letter by John Dewey to the New York Times in 1949 on the subject of academic freedom. And here is an AAUP piece in Academe on what it regards as a different kind of threat to academic freedom -- from commercial and corporate interests.