Historiography and the philosophy of history 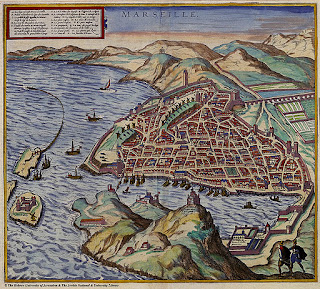 The topic of the philosophy of history comes up frequently here. The related domain of "historiography" has not come up yet, however. What is the relation between these bodies of study about the writing of history?

Let's begin by asking the basic question: what is historiography? In its most general sense, the term refers to the study of historians' methods and practices.  Any intellectual or creative practice is guided by a set of standards and heuristics about how to proceed, and "experts" evaluate the performances of practitioners based on their judgments of how well the practitioner meets the standards. So one task we always have is to attempt to identify these standards and criteria of good performance. This is true for theatre and literature, and it is true for writing history. Historiography is at least in part the effort to do this work for a particular body of historical writing.

Historians normally make truth claims, and they ask us to accept those claims based on the reasoning they present. So a major aspect of the study of historiography has to do with defining the ideas of evidence, rigor, and standards of reasoning for historical inquiry. We presume that historians want to discover empirically supported truths about the past, and we presume that they want to offer inferences and interpretations that are somehow regulated by standards of scientific rationality. (Simon Schama challenges some of these ideas in Dead Certainties: Unwarranted Speculations

.) So the apprentice practitioner wants to gain knowledge of the practices of his/her elders in the profession: what counts as a compelling argument, how to assess a body of archival evidence, how to offer or criticize an interpretation of complex events that necessarily exceeds the available evidence. The historiographer has a related task: he/she would like to be able to codify the main methods and standards of one historical school or another.

There are other desiderata governing a good historical work, and these criteria may change from culture to culture and epoch to epoch. Discerning the historian's goals is crucial to deciding how well he or she succeeds. So discovering these stylistic and aesthetic standards that guide the historian's work is itself an important task for historiography.  This means that the student of historiography will naturally be interested in the conventions of historical writing and rhetoric that are characteristic of a given period or school.

A full historiographic "scan" of a given historian might include:

A historical "school" might be defined as a group of interrelated historians who share a significant number of specific assumptions about evidence, explanation, and narrative.

). Here is a tantalizing set of questions that Momigliano raises with respect to ancient history-writing:

If these preliminary considerations are valid there is some justification for asking the  following six questions: (1) What have Greek and Jewish historiographies in common and why and to what extent did Greek historiography ultimately prevail? (2) Why did Thucydides rather than Herodotus become the most authoritative historian of Antiquity? (3) What part did the antiquarians play in historical research? (4) How was Greek historiography imported into Rome and what did the romanisation of Greek historiography entail? (5) What is the place of Tacitus in historical thought? (6) Why and in what way has ecclesiastical historiography a tradition of its own? (2)

These six questions become the focus of the six chapters of the book.  In a nutshell, Momigliano is looking at the several traditions of ancient history-writing as a set of normative practices that can be dissected and understood in their specificity and their cultural contexts.  Here is a description that illustrates some of Momigliano's orienting assumptions:

What I think is typically Greek is the critical attitude towards the recording of events, that is, the development of critical methods enabling us to distinguish between facts and fancies. To the best of my knowledge no historiography eralier than the Greek or independent of it developed these critical methods; and we have inherited the Greek methods. (30)

A second primary use of the concept of historiography is more present-oriented and more methodological. It involves the study and analysis of historical methods of research, inquiry, inference, and presentation used by more-or-less contemporary historians. How do contemporary historians go about their tasks of understanding the past? Here we can talk about the historiographical challenges that confronted Philip Huang as he investigated the Chinese peasant economy in the 1920s and 1930s (The Peasant Economy and Social Change in North China

). Sometimes these issues have to do with the scarcity or bias in the available bodies of historical records (for example, the fact that much of what Huang refers to about the village economy of North China was gathered by the research teams of the occupying Japanese army). Sometimes they have to do with the difficulty of interpreting historical sources (for example, the unavoidable necessity Darnton faced of providing meaningful interpretation of a range of documented events that did not bear their meanings on their sleeves). And sometimes the historiographic question has to do with the mode of presentation chosen by the historian (for example, Darnton's choice of presenting the notebooks of Joseph d'Hemery, the police inspector of the book trade in Montpelier, as a sociological source).

For example, there has been substantial disagreement among historians of China about the status of the Chinese rural economy in the 1920s and 1930s. Historians who give credence to travelers' reports conclude that conditions were awful (R. H. Tawney, Land and labour in China

). Historians who maintain that only validated quantitative data constitute a relevant way of answering the question come to a diametrically opposed judgment (Loren Brandt, Commercialization and Agricultural Development: Central and Eastern China, 1870-1937

). This is a historiographic disagreement, centered on the issue of what counts as credible evidence.