Theories of the actor 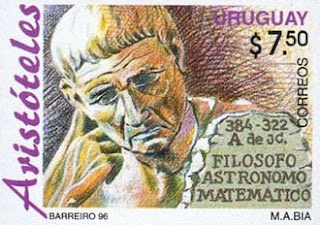 I'm attracted to an approach to sociological thinking that can be described as "actor-centered."  The basic idea is that social phenomena are constituted by the actions of individuals, oriented by their own subjectivities and mental frameworks.  It is recognized, of course, that the subjectivity of the actor doesn't come full-blown into his or her mind at adulthood; rather, we recognize that individuals are "socialized"; their thought processes and mental frameworks are developed through myriad social relationships and institutions. So the actor is a socially constituted individual.

If we take the approach to social explanation that demands that we understand how complex social processes and assemblages supervene on the actions and thoughts of individuals, then it is logical that we would want to develop a theory of the actor.  We would like to have a justifiable set of ideas about how individuals perceive the social world, how they think about their own lives and commitments, and how they move from thought to action.  But we have many alternatives available as we attempt to grapple with this task.

We might begin by asking, what work should a theory of the actor do?  Here are a set of questions that a theory of the actor ought to consider:
Aristotle guides much philosophical thinking on these questions by offering an orderly theory of the practical agent (The Nicomachean Ethics).  His theory is centered on the idea of deliberative rationality, but he leaves a place for the emotions in action as well (to be controlled by the faculty of reason).  Deliberation, in Aristotle's view, amounts to reflecting on one's goals and arranging them into a hierarchy; then choosing actions that permit the achievement of one's highest goals.

Formal rational choice theory provides a set of answers to several of these questions.  Actors have preferences and beliefs; their preferences are well ordered; they assign probabilities and utilities to outcomes (the results of actions); and they choose a given action to maximize the satisfaction of their preferences.

Ethnographic thinkers such as Clifford Geertz or Erving Goffman take a different tack altogether; they give a lot of attention to questions 1 and 2; they provide "thick" descriptions of the motives and meanings of the actors (3); and they indicate a diverse set of answers to question 5.  (Geertz and Goffman are discussed in other posts.)

Other anthropologists have favored a "performative" understanding of agency.  The actor is understood as carrying out a culturally prescribed script in response to stereotyped social settings.  Victor Turner's anthropology is a leading example of this approach to action (Dramas, Fields, and Metaphors: Symbolic Action in Human Society).

).  Here is how Weick explains sensemaking:


The concept of sensemaking is well named because, literally, it means the making of sense. Active agents construct sensible, sensable events. They "structure the unknown". How they construct what they construct, why, and with what effects are the central questions for people interested in sensemaking.  Investigators who sensemaking define it in quite different ways. Many investigators imply what Starbuck and Milliken make explicit, namely, that sensemaking involves placing stimuli into some kind of framework. The well-known phrase "frame of reference" has traditionally meant a generalized point of view that directs interpretations. (4) (references omitted)

It's worthwhile addressing this topic, because it would appear that we don't yet have a particularly good vocabulary for formulating questions about agency.  As indicated above, Aristotle's theory of the mind has been dominant in western philosophy; and yet it feels as though his approach is just one among many starting points that could have been chosen.  Here is an earlier treatment of this question (link).

I'm reminded by my friends that not all sociologists accept the actor-centered approach.  Some (like Andrew Abbott and Peggy Somers) prefer what they refer to as a "relational" understanding of the basis of social activity.  It is not so much the actor as the action; it is not the internal state of the individual agent so much as the swirl of interactions with others that determine the course of a social activity.  This is part of Abbott's objection to the idea that sociology should aim to uncover social mechanisms (link).
Posted by Dan Little at 12:29 PM

Nice post. But I try to figure out the different meaning between actor and agent in social sciences. Would you please give me an overview?

Bje, Student of Sociology from Indonesia

Another approach is to build on the realization that each person's genes include a mix of talents which then interact through parents and other socialization. The result is an actor that is not just a reflection of experience and socializing.

Take a simple case: a person who is born small has a different set of options with a sadistic father than a person born built large and strong.

The result of this line of thinking is that people are yet more varied than rational actor or social construction theories arrive at.

It is this increased variance that drives methods people nuts, since they are trying to get to predictability. An alternative goal is understanding which might yield less prediction but smarter approaches to living well, responsibility to others, and creating long term goals for self and society.

I don't draw a distinction between agent and actor; in each case it is the individual carrying out a set of purposes, motives, beliefs, emotions, impulses, etc.

To me, there is no difference between an agent and an actor; in both cases, it is the person acting on their own behalf who is responsible for their actions.