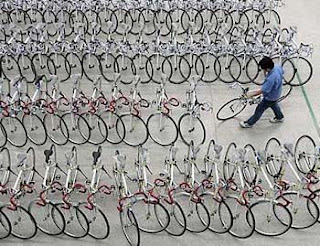 . The book was reissued by Oxford after Sen received his Nobel Prize in Economic Sciences.

The topic is at the core of Sen's economic and philosophical work. Most basically, he is asking Aristotle's question -- what is happiness? -- and is putting forward an answer that combines analysis of economic behavior with philosophical analysis of action and purpose in human life. Economists from Mill to Samuelson sought to understand economic choices in terms of subjective utilities and unanalyzed sets of preferences. A consistent theme was that economics can't be concerned with the content or validity of the individual's utility function or preference ordering. Rather, economics is about the rules by which rational agents design their actions to maximize utility or preference satisfaction. Economic rationality has to do with the choice of means, not ends.

This approach to action also unfolded into the formal theory of social choice. Given that citizens have a set of preferences about social outcomes, what rational procedures can be designed to aggregate these preferences into a single coherent social choice preference ordering.  Essentially the underlying idea is that the social good is secured when we succeed in aggregating citizens' preferences onto a single social preference ranking.  And this is where Kenneth Arrow's famous impossibility theorem comes in: given a small set of reasonable constraints on social choice, there is no social choice procedure that is both complete and transitive (Social Choice and Individual Values, Second edition). Sen's first major book (1970) gave a different formal exposition to this set of arguments (Collective choice and social welfare).

One of Sen's most fundamental contributions in economics is to question the theory of subjective utility and revealed preference. He thinks that we can give a substantive, not formal, account of wellbeing that permits us to analyze the individual's behavior and choices in a more meaningful way.  He writes here:


It is fair to say that formal economics has not been very interested in the plurality of focus in judging a person's states and interests. In fact, often enough the very richness of the subject matter has been seen as an embarrassment. There is a powerful tradition in economic analysis that tries to eschew the distinctions and make do with one simple measure of a person's interest and its fulfilment.  That measure is often called 'utility'. (1)

He wants to complicate the issue by drawing distinctions -- that is, by breaking down the austere abstractions about choice that are most comfortable to the economists:


I would distinguish broadly between two ways of seeing a person's interests and their fulfilment, and I shall call them respectively 'well-being' and 'advantage'. 'Well-being' is concerned with a person's achievement: how 'well' is his or her 'being'? 'Advantage' refers to the real opportunities that the person has, especially compared with others. The opportunities are not judged only by the results achieved, and therefore not just by the level of well-being achieved. It is possible for a person to have genuine advantage and still to 'muff' them.  Or to sacrifice one's own well-being for other goals, and not to make full use of one's freedom to achieve a high level of well-being.  The notion of advantage deals with a person's real opportunities compared with others. The freedom to achieve well-being is closer to the notion of advantage than well-being itself. (3)

This discussion announces his important distinction between capabilities and functionings; functionings are the realized form that capabilities take when they are fully cultivated.  "A functioning is an achievement of a person: what he or she manages to do or to be" (7).  It is worth noticing that the idea of freedom comes into this formulation in a fundamental way -- fifteen years before freedom becomes central to his thinking about the good of economic development in Development as Freedom

Sen's argument next moves into another topic that has been characteristic of his thinking throughout his career, the relationship between two or three central components of "satisfaction" or "well-being".  There is subjective satisfaction -- the degree to which the individual has accomplished a large portion of his/her preferences.  There is the role of commodities and material things in the composition of individual satisfaction -- the bundle of stuff that the individual can call upon in attempting to satisfy basic needs and desires, from grain and clean water to iPads and access to the Internet.  And there is the "fit" between the individual's material circumstances and his/her ability to fulfill capabilities and complete an autonomous plan of life.

The key idea expressed in this monograph and subsequently in Sen's work is that well-being is the aggregation of the individual's collection of functionings.  "It is possible to argue that the well-being of a person is best seen as an index of the person's functionings" (17).


On what does the claim of functionings to reflect well-being rest? Basically, the claim builds on the straightforward fact that how well a person is must be a matter of what kind of life he or she is living, and what the person is succeeding in 'doing' or 'being'. (19)

And Sen thinks about this formulation in formal terms: the person's functionings are represented as a vector of qualitatively distinct characteristics, and one of the central problems is to assign relative values to the components of the package.

Sen's approach is appealing largely because it replaces "utility" with a more granular conception of "functionings".  This permits more concrete discussion of the individual's life activities and, as Sen argues here, a better way of assessing his/her overall well-being.

What has turned out to be enormously important in Sen's framework of capabilities and functionings is its relevance to the topic of economic development.  We want economic development to lead to an overall improvement in human happiness.  But how should such a goal be assessed and measured?  By offering a concrete theory of functionings, Sen lays a basis for attempting to empirically measure changes in functionings over time.  Literacy, for example, is an important functioning for the human being.  Extremely poor societies invest very little in formal education, and literacy in the population is low.  We can make a very concrete argument that a given strategy of development is improving human well-being if we can demonstrate that it is leading to a higher level of attainment of literacy.  Health itself is a complex functioning for the human being; here too, it is possible to measure progress in health achievements in different societies.  So the functionings approach provides a concrete way of trying to assess progress in economic development processes.  The approach is a great improvement over the "average GDP" approach, since Sen demonstrates in numerous places that average income implies something about access to commodities, but it has only a weak connection to the functionings that the population is able to realize.

The Human Development Index championed by the United Nations Development Programme takes advantage of this insight.  HDI includes three measures: life expectancy, literacy, and per capita GDP (link).  And a very powerful argument can be made that societies that make the most progress in improving their HDI levels have made more progress in improving human well-being than those that increase GDP but fail to improve factors like literacy and health.  It will not surprise the reader to learn that Sen's writings and advocacy played a crucial role in the design of the HDI.
Posted by Dan Little at 7:22 PM

first of all i want to apologise by my english, i'm not precisely a fluent english speaker.
I want to congratulate you by this space to read an analize, also to share. And, secondly, i would like to express my disagreement with your explanation for the place that rationality have in standard economics. It is not true that "Economic rationality has to do with the choice of means, not ends", since in fact preferences, from the neoclassical point of view, the only end is maximization or optimisation. hence, there is an end. From this kind of logic there is a way to integrate ethical values not reducible to quantification, that is in the form of restrictions on the set of possibilities for action. in a socialist state you can put restrictions like food for all and healthcare for all, or maybe ownership of the means of production by decentralised cooperatives, and then proceed to maximize the objective function.
Hence, yes, maximize is the only end, but other ends can be integrated in the form of restrictions on the feasible set of actions.
I'm not a Sen scholar but the contribution more interesting for me is not on capabilities as a concept that enable us to try an objective measurement of well-being (in fact i dont like so much the concept of wellbeing), but on the concept itself. This concept is based on an understanding of liberty in its positive side. But Sen goes further impousing a self-critique on his concept, acknowledging that it is not enough to relay the basis of wellbeing on a social construction that take account of cappabilities instead of the GDP for the determination of the political economy of the nations. We need, Sen say, a critical voice to be developed, the possibility that critical voices in the system at the same time be allowed to be out of the system. And the construction for this voices of spaces for listening.
From this point of view social democracy is a good attempt, but it is an aspect of capitalism, which develops a kind of dynamics in which capabilities are not taken into account as an end in itself, and it is a failure, too, in the construction of spaces and listening for critical voices. In fact, how to develop a voice (logos) by those that have not the capability to articulate it? And how to construct a social listening? This is a very difficult problem to be addressed by any social system.
I think Spivak write on some of this issues.