Re-mapping the philosophy of history 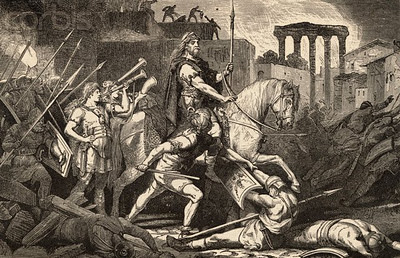 There are a couple of matters that are relatively clear. First, the domain of historical knowledge is a familiar subject for philosophical inquiry. Epistemology is the philosophy of knowledge generally. Philosophy of science is the careful analysis of the methods and justification of scientific knowledge. And philosophy of historical knowledge is likewise an epistemic and methodological domain: How do we know about the past? Are there limits to our possible knowledge about the past? What is involved in explaining a historical fact? Answers to these questions and others in the same vein may be difficult and controversial; but it is clear how they fit into existing conceptions of philosophical inquiry.

If the philosophy of history were limited to these sorts of questions, then it would be a variant of epistemology or the philosophy of science. However, some philosophers have felt that substantive history itself raises questions that do not reduce to questions about knowledge of this domain.

For example: Marx wrote that "history is the history of class conflict." This implies that classes are historical objects -- they exist in the flow of historical events. Other historians have said things like this: classical slavery gave way to feudalism, which was followed by capitalism. This formulation presupposes that large social-economic systems -- for example, social property systems -- exist in history and conform to some set of dynamics. And yet others have tried to analyze world history into a set of more or less distinct civilizations -- bodies of values, ideas, identities, and institutions that differ significantly one from the other.

We might say, however, that none of these questions pertains to a metaphysics of history, but rather a metaphysics of the social world. History is about change and transformation; but the subject of change is social structures, cultures, and agents that exist within the social world at a period of time. So classes, social-property systems, ideologies, and religions are all social arrangements that change over time. If there is such a thing as a "civilization", this is a fact about society at a certain time, not a fact about the structure of history. History has to do with events and dynamic properties; the social world encompasses everything that is happening at a moment in time. We might consider an analogy with fluids -- "history" is the waves, society is the water.

We might be more inclined to recognize a metaphysics of history if we thought there were temporal structures that could be discovered in substantive history -- perhaps the business cycle, the Kondratiev long-wave economic cycle, or the rise and fall of civilizations. In other words, if we thought that events and changes conformed to a higher-level pattern of temporal change, we might want to say that the meta-temporal pattern is a metaphysical characteristic of history. But it would also be tempting to say: these patterns of change too represent nothing more than empirical characteristics of social phenomena over time. They need to be explained using the tools of the social sciences and are not properly the subject of apriori investigation.

This suggests two important conclusions: There is no such thing as an historical ontology as such but only a social ontology; and there is no such thing as an historical theory of change as such but only social theories of change. The ontologies and theories that historians employ are strictly speaking features of social science knowledge rather than historical knowledge. So, properly understood, there is no legitimate place for an investigation of the "metaphysics" of history; that space is filled entirely by an understanding of the metaphysics of the social world. In this case, the philosophy of history is no more than a component of the philosophy of social science, with no distinctive questions or answers of its own other than the epistemological issues mentioned above.

This discussion suggests a few rather deflationary conclusions about the possible scope of research in the philosophy of history:
This analysis suggests there isn't a lot of scope for the philosophy of history beyond the function of serving as a counterpart to the philosophy of science. We might say that there are basically three relevant activities in the realm of historical thinking. There is first-order research into facts about the past based on currently available evidence. There is analysis and explanation of those facts, including methods ranging from ethnography to process-tracing to application of findings from the social sciences. These two parts of historical research are guided by ensembles of historical methods and practices (historiography). And there is philosophical reflection on the logic and limitations of these processes of inquiry and inference, the narrowly epistemic version of the philosophy of history. This aspect of the discussion includes as well the conceptual work that philosophers are well qualified for -- posing and answering questions like "What is history?", "What is a cause?", or "What is involved in expressing a meaningful action?". On this scenario there is no room at all for substantive or metaphysical philosophy of history.

, suggests that he thinks otherwise, and that there is such a thing as an ontology of history. However, the sense of the title is different: he is interested in the history of ontologies -- the ways that our conceptual systems have changed over time -- rather than the ontology of history.

(I should say that this is a pretty limited view of the scope of the philosophy of history, so it should be taken as provisional.)
Posted by Dan Little at 9:05 PM

Holding the reins of material agency to account is the proper task for the philosophy of history. Quoting Benjamin: "For the tasks which face the human apparatus of perception at the turning points of history cannot be solved by optical means, that is, by contemplation, alone. They are mastered gradually by habit, under the guidance of tactile appropriation” (The Work of Art in the Age of Mechanical Reproduction)

You depiction of history is already that of social history. Once you move beyond the social, and into the realms of art history or cultural history in its narrow sense (man made objects) philosophy of history makes more sense.
If you define the social as including works of art, and cultural objects, then of course you might have a point. Although I wouldn't see the use in such a borad reading of social.

At an abstract level I can agree with you. But I think there's a reason Clio was seen as the queen of the muses - she makes sense of everything else. All social science theories must be tested against the best available historical understanding, and rejected when they do not fit. In this sense, there is no "art history" or "population history" (although there are historians of art or population), because the past as much as the present is (was) a seamless web. History is the reconstruction of the patterns of the web.