"How does it work" questions 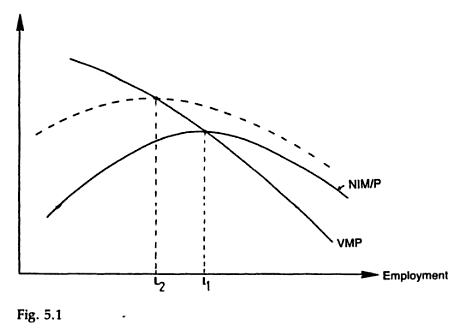 One of the strengths of the causal-mechanisms approach to social explanation is how it responds to a very fundamental aspect of what we want explanations to do: we want to understand how something works. And a mechanisms account answers that question.

Let’s consider an example in detail. Suppose we observe that worker-owned cooperatives (WOC) tend to respond differently to price changes for their products than capitalist-owned firms (COF) when it comes to production decisions. The WOC firm will conform to this rule: “The higher the output price, the lower will be the supply” (85), whereas the COF firm will increase employment and supply. This is referred to as the Ward problem.

We would like to know how that comes about; what are the organization's processes and interactions that lead to the outcome. This means that we need to dig deeply into the specific processes that lead to production and employment decisions in both kinds of enterprises and see how these processes lead to different results.

The key part of the explanation will need to involve an analysis of the locus of decision-making that exists within the enterprise, and a demonstration of how the decision-making process in a WOC leads to a different outcome from that involved in a COF.

Here is how Karl Ove Moene analyzes this problem in “Strong Unions or Worker Control?” (Alternatives to Capitalism).


A production cooperative with worker control is defined somewhat restrictively as follows:

A capitalist firm acts differently:
The assumption is that decision-makers in both settings will make decisions that maximize their income — in other words, narrow egoistic economic rationality. In the assumptions used here for the cooperative, this implies that decision-making will aim at adjusting employment and production to the point where "marginal productivity (VMP) equals the net income per member (NIM)” (85). These quantities are represented in the graph above. Here is the reasoning:


What happens if the output price increases? In real terms, net income per member increases, because the fixed costs deflated by the output price decreases. Hence the NIM curve in Figure 5.1 shifts upwards, while the marginal productivity curve remains in place. As a consequence, the optimal number of members in the coop decreases and the firm's supply decreases the higher the output price. [Hence the coop lays off excess workers.] (85-86)

(Actually, this is what should happen in the long term. Moene goes on to show that the coop would not behave this way in the short run; but he acknowledges that the economic reasoning is correct. So for the sake of my example, let's assume that the coop behaves as Ward argues.)

The mechanism that distinguishes the behavior of the two kinds of firm is easy to specify in this case. The mechanism of individual decision-making based on rational self-interest is in common in the two types of firms. So the explanation doesn't turn on the mechanism of economic rationality per se. What differs across the cases is the collective decision-making process and the interests of the actors who make the decisions in the two cases. The decision-making mechanisms in the two cases are reflected in principles 2-4. The coop embodies a democratic social-choice rule, whereas the capitalist firm embodies a dictatorship choice rule (in Kenneth Arrow's sense -- one actor's preferences decide the outcome). A democratic decision about production levels leads to the reduction-of-output result, whereas a dictatorship decision about production levels leads to the increase-of-output result in these circumstances. And in turn, we are able to say that the phenomenon is explained by reference to the mechanism of decision-making that is embodied in the two types of firms -- democratic decision making in the coop and autocratic decision making in the capitalist firm.
This is a satisfying explanation because it demonstrates how the surprising outcomes are the foreseeable results of the differing decision processes. It identifies the mechanisms that lead to the different outcomes in the different circumstances.
This example also illustrates another interesting point -- that a given mechanism can be further analyzed into one or more underlying mechanisms and processes. In this case the underlying mechanism is the postulated model of action at the individual level -- maximizing of self-interest. If we postulated a different action model -- a conditional altruism model, for example -- then the behavior of the system might be different.

(I think this is a valid example of a mechanisms-based social explanation. Others might disagree, however, and argue that it is actually a deductivist explanation, reasoning from general characteristics of the "atoms" of the system (individual actors) to aggregate properties (labor-expelling collective decisions).)
Posted by Dan Little at 5:51 PM