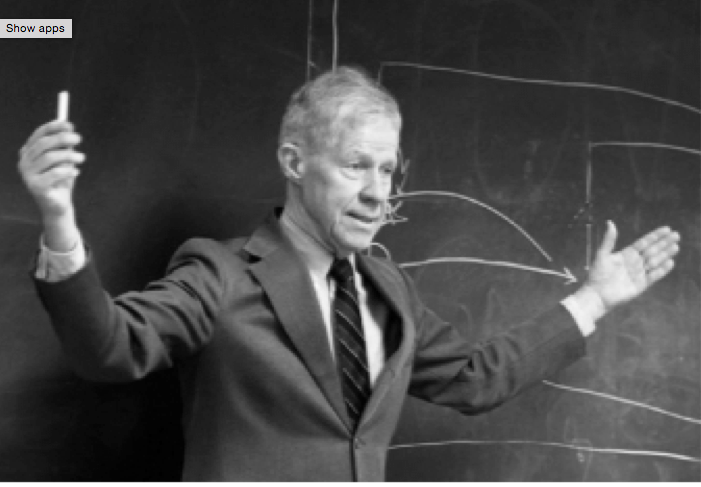 Neil Gross stirred up a quite a storm a few years ago when he released a body of research findings on the political complexion of university professors. Conservative organizations and pundits have made hay by denouncing the supposed liberal bias of universities. Gross opens his most recent book, Why Are Professors Liberal and Why Do Conservatives Care?, by confirming that multiple measures demonstrate that faculty members are substantially more likely to be liberal than the general population. But he believes this is both indisputable and uninteresting. What is most interesting for a sociologist is the "why" -- how can we explain the skewed distribution of political identities across this professional group?

Gross positions his work as falling in a tradition of research that included two major survey-based studies in the past 75 years, Lazarsfield and Thielens (The Academic Mind: Social Scientists in a Time of Crisis) and Everett Karll Ladd and Seymour Martin Lipset (The Divided Academy: Professors and Politics). He also finds creative ways of incorporating the GSS surveys. In addition, Gross and Solon Simmons carried out their own substantial survey, the Politics of the American Professoriate survey (PAP).

It will be noted that this is a problem that calls out for a social mechanisms explanation, and a fairly simple one at that. Suppose marbles of two colors in equal numbers are raining down in a thoroughly mixed stream on a pair of urns. Occasionally a marble falls into one urn or the other. When we count the marbles in both urns we find that 65% of the marbles in the urn on the left are green, whereas the larger urn on the right has 50% of each color. How is it that there are a higher percentage of green marbles in the urn on the left? There are only a few possibilities, each corresponding to a different mechanism. (i) The marbles have a degree of choice about which urn they enter, and green marbles have a preference for the left urn. (Or a variant: red marbles have a preference for avoiding the left urn.) We could call this "selection bias by chooser". This is different from two other possible mechanisms: (ii) there is a filter on the left urn, bumping green marbles in and red marbles out ("selection bias by receiver"); or (iii) marbles have a slight tendency to shift color from red to green when they enter the left urn ("environment transformation").

Fundamentally the question is analogous to the "nature-nurture" conundrum in the study of personality. Are universities more liberal than average occupations because they cultivate liberal thinking (nurture)? Or are they more liberal because of some sort of selection mechanism, drawing liberal members more frequently than chance (nature), and liberal-tending new faculty members bring their political values with them? Gross makes a powerful empirical case for the latter possibility.


I develop an alternative account: for historical reasons the professoriate has developed such a strong reputation for liberalism that smart young liberals today are apt to think of academic work as something that might be appropriate and suitable for them to pursue, whereas smart young conservatives see academe as foreign territory and embark on other career paths. (p. 105)

It might be speculated that this distribution exists because the faculty selection process is biased -- conservative candidates are turned away. Gross's explanation is different. He draws on a strong literature studying gendered occupations that finds that the reputation of the profession has a powerful influence on girls and women as they make educational and career choices. Gross extends this reasoning to liberals and conservatives contemplating an academic career. Essentially he explains the political composition of university faculties as a consequence of a powerful public reputation for being a liberal workplace and a distinctly skewed process of self-selection towards this career. The profession is "typed" as being a particularly good career for more liberal young people, and young people make their career choices in consideration of that assumption. Essentially he argues that universities are publicly perceived as being hospitable to people on the left, and liberal-leaning young people are drawn to the career because of this reputation.

The question of political bias within universities is treated using an interesting experiment that Gross and colleagues Joseph Ma and Ethan Fosse conducted to test whether conservative students have a harder time gaining entrance to graduate programs (164). The project involved sending fictitious letters of inquiry to directors of graduate studies in leading departments in a wide range of disciplines. The letters indicated the same level of preparation for the field. One batch indicated no political information about the student, while the other two batches included the phrases "Worked for the McCain campaign" or "Worked for the Kerry campaign." Responses were rated according to the degree of encouragement or discouragement they expressed. The experiment is ingenious but it indicates "no result". There is no statistically significant evidence of bias against applicants who self-identify as conservative. (Gross does report a strong negative response from some of the academics whose potentially discriminatory behavior was tested.)


The study should count as reasonably strong evidence that most social scientists and humanists in leading departments work hard to keep their political feelings and opinions from interfering with their evaluations of academic personnel. (165)

I find Gross's treatment of this topic to be an exemplary use of quantitative survey data in theoretically informed ways. The PAP survey that Gross initiated (along with colleagues and research assistants) provides substantial new information about the political attitudes and social backgrounds of faculty in the United States. Gross makes deft use of this data source (as well as several others) to evaluate hypotheses about what causes the distribution of political profiles among faculty. Gross's question is about both groups and individuals, and the survey data helps to evaluate answers to both. And, incidentally, this appears to be a sterling example of the kind of theoretical work that John Levi Martin calls for (link): careful stipulation of various explanatory theories, accompanied by a rigorous effort to evaluate them using appropriate empirical data.

For anyone who cares about universities as places of learning for undergraduate students, Gross's book is an encouraging one. He provides a clear and convincing explanation of the mechanisms through which a non-random distribution of political attitudes wind up in the population of university and college professors, and he provides strong evidence against the idea that universities and professors exercise discriminatory bias against newcomers who have different political identities. And finally, Gross's analysis and my own experience suggests that professors generally conform to Weber's ethic when it comes to proselytizing for one's own convictions in the classroom: the function and duty of the professor is to help students think for themselves (Max Weber, "The Meaning of Ethical Neutrality,", Methodology of Social Sciences.)

There is an interesting set of replies to Gross in Society here.

Email ThisBlogThis!Share to TwitterShare to FacebookShare to Pinterest
Labels: CAT_institutions