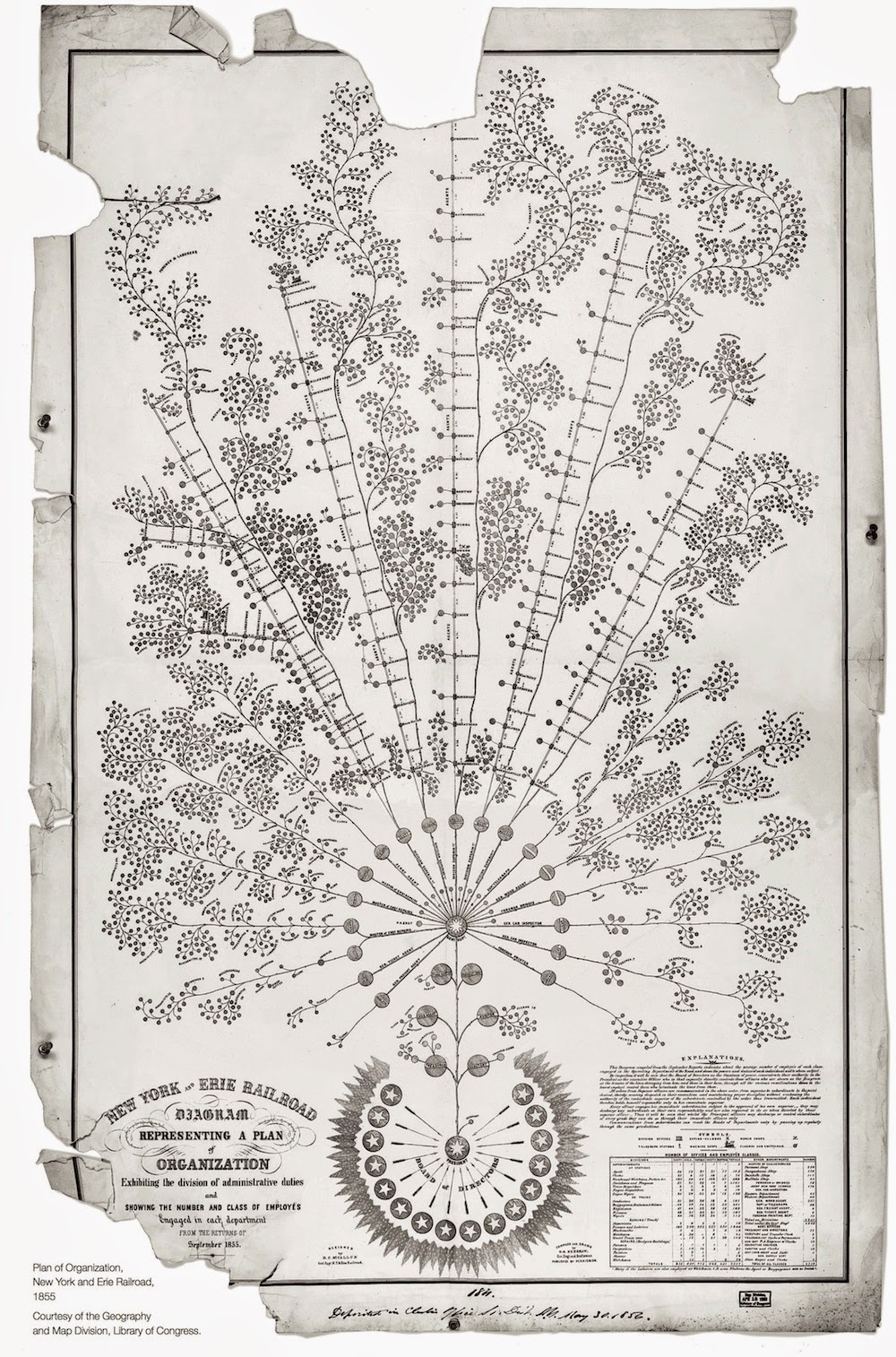 One mark of modernity is the fact that we swim in a sea of structures -- states, markets, militaries, employment systems, social networks, taxation systems, and systems of racial and gender disadvantage, to name several. In place of a perhaps mythical pre-modern society in which social life was mediated by personal relationships, the modern world is mediated by institutions, structures, and systems of impersonal rules. Relations of patron and client and the influence of the village priest illustrate the model of pre-modern personalism and particularism. The bureaucratic state that Hegel describes and the impersonal markets that Weber describes illustrate powerful examples of modern impersonal institutions. Essentially this is the story of traditionalists versus modernists -- Thomas Carlyle, Sartor Resartus, against GWF Hegel, Hegel's Philosophy of Right and Max Weber, The Theory of Social and Economic Organization.

The images above illustrate different aspects of the idea of a social structure as an entity. The first represents the ties of authority and information flow that exist within the organization, allowing executives to control the behavior and properties of the organization. The second illustrates the structuring of the labor force that results from the changing environment within which individuals confront the labor market.

In ordinary thinking, structures have enduring properties that are largely independent of the individuals whom they encompass; they affect the behavior of individuals within them, and they affect the outcomes that individuals achieve through their efforts; and they are causally influential in large processes of social change and social stability. Workers enter a labor market that is largely independent of their own choices and actions. Structures are things with sufficient fixity over time and sufficient firmness to permit them to be regarded as social entities.

These are the ideas of ordinary commonsense about structures -- the contents of folk sociology. But how have gifted sociologists theorized this crucial element of the social world? It turns out that things are less simple than commonsense would have it.

First, many sociologists agree on the basic point that social structures exist with reasonably stable properties and that they influence the behavior of individuals. Examples include the government of the state of Michigan, the system of labor organization and representation in the United States, and the vertically organized corporation. In each case the social entity consists of a set of roles, regulations, and actors, along with a set of physical and financial resources, that confront the citizens and consumers who interact with them as objective realities. Developers go to the appropriate agencies for permits and conform to the requirements of state law and state and local inspectors. Criminals conform to the requirements of their organizations as well. Institutions and organizations regulate and constrain the lives of individuals. (For a brief treatment of the Black Panthers as a bureaucratic organization see this post on Mayer Zald's theories of organizational behavior; link.)

But second, it is evident that structures are populated and constituted by individuals. So whatever causal powers the structures may have and whatever persistent features they possess must somehow be embodied in the actions and states of mind of those individuals. The effects of the structure on individuals and other social entities and processes depend on the coordinated actions of individuals within the structure. Individual actions within the structure are constrained by the meanings, rules, meanings, and enforcement mechanisms that exist within the structure. And external individual actions and social arrangements are affected by the knowledge and representations that these external players have of the workings of the structure. Structures rest upon microfoundations (link). And there must be specific processes of inculcation, coordination, and enforcement through which the required forms of action transpire at the level of the actors. (Research on "institutional logics" helps to fill out this story; link.) Anthony Giddens puts the point this way in Central Problems in Social Theory: Action, Structure, and Contradiction in Social Analysis:


The term 'social structure' thus tends to include two elements, not clearly distinguished from one another: the patterning of interaction, as implying relations between actors or groups; and the continuity of interaction in time. (62)

Third, structures are plastic and frangible (link). Zygmunt Bauman makes this point in a particularly provocative way by insisting the social world is "liquid" (link). The metaphor overstates the case, since many structures have significantly more stability than the image of liquidity implies; but the fundamental notion that social structures and other entities are subject to change is certainly a valid one. We can observe the drift in the functioning and roles of institutions in every aspect of life -- political, economic, educational, and ideological.

Several fundamental kinds of questions must be answered when we contemplate the idea of structures and organizations possessing persistent properties over time. First is the question of the conformant behavior of role players within the organization at various points of time. What are the microfoundations of compliance? Individuals do not conform simply because the employee handbook specifies that they should. Rather, they need to be incentivized, trained, motivated, supervised, and disciplined, in order to bring about the forms of orderly behavior that the organization requires. And this means that an organization depends on the existence of roles presenting incentives and constraints for supervisors and trainers as well.

Second is a larger question of accounting for the stability of the rules and roles themselves. What factors work against entropy and the conflicting interests of various internal actors, each of which tends to undermine the stability of the rules and roles? Are there forms of weak homeostasis that work to restore a social structure in face of minor deviations? The "entropic" forces that should be expected to push organizations towards incessant change are fairly obvious; most evidently, individuals in strategic positions within an organization often have interests that are well served by adapting, reconceptualizing, or disregarding the rules. (Michel Crozier makes this point in his analysis of organizations as strategic sites; link.) So a large question for the theory of organizations and institutions is that of stability. What are the features of an organization in an environment that lends stability to its current constitution? Kathleen Thelen considers both aspects of this question in much of her work, including especially How Institutions Evolve: The Political Economy of Skills in Germany, Britain, the United States, and Japan and (with James Mahoney) Explaining Institutional Change: Ambiguity, Agency, and Power (link).