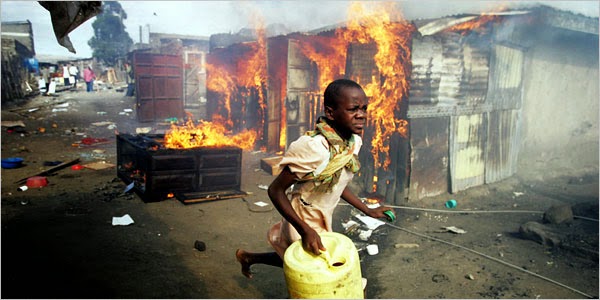 What is a community, and what forces exist to either preserve the strands of community or to erode those strands?

What makes a collection of people into a community rather than a jumble of unrelated individuals? There needs to be something in common, something that ties individuals together so they are to some degree willing to act in consideration of others in the group—a set of values, a set of shared purposes, a set of shared commitments to rules and laws of action in society. A strong community demonstrates a high degree of common respect for these values, rules, and laws. A weak community is the society that Hobbes feared—an agglomeration of self-interested actors competing for power and wealth, in which life is nasty, brutish, and short.

We might specify that sometimes a population embodies a plurality of sub-communities, each of which has a set of shared values and purposes—the Catholics and the Protestants, the Hindus and the Muslims, the bourgeois and the proles. Sub-groups may have very different cultural and religious beliefs, and they may also have very different positions in the social-property system and the political system. These sub-groups may have strong links among themselves but only weak links with individuals in the other sub-group. They may have strong adherence to a set of values and norms shared by their group but not across groups, and their norms may specify different behavior towards in-group and out-group individuals.

Crucially, a population with nested sub-communities may also possess an overarching unifying identity. That is, a mixed society may contain sub-groups that have their own norms and affinities, but that also share higher-level norms and commitments with other sub-groups. "We X’s live our lives differently from those Y’s; but we all accept the legitimacy of law and the freedom of worship." Those higher-level commitments might include items along these lines:
It is very appealing in our multi-cultural world to conceive of a mixed community — a city or a region, say — as a harmonious and stable set of relationships among groups who differ in many important ways but who recognize the basic legitimacy and rights of the other groups, and who strive towards better inter-group understanding and cooperation. And we do in fact have good examples of such communities.

But all too often this ideal of a tolerant and stable community embracing multiple racial and ethnic groups is broken on the rocks of inter-group mistrust and violence. Groups polarize, individuals in one group develop mistrust or animosity against members of other groups, isolated instances of disrespect or violence escalate into conflict or pogroms. The civility that existed in one period breaks down into hostility and violence in another period.

There are a number of familiar strategies and mechanisms that work in support of civility within a multi-ethnic or multi-religious community: organizations devoted to promoting inter-group understanding, institutions that encourage the formation of ties across group lines (like universities), leaders who promote the values of civility and mutual respect, effective law enforcement that quickly addresses violent actions by individuals in one group against those of another. The ways that these strategies work are also fairly plain. Equitable law enforcement enhances confidence that everyone will be treated fairly, no matter what group they identify with. Good leadership is exerted to make salient the unifying collective commitments that extend across all groups, and these commitments become motivationally effective. Cross-group organizations create new ties among individuals from different groups which gives them resilience in resisting the impulse of hostility when conflicts arise.

What are some of the mechanisms that come into play in multi-group populations that lead to instability and conflict? Here are some common factors that lead to the breakdown of community: mistrust, failures of assurance, political entrepreneurship, media incitement, rumor, and conflicts of interest over property and political arrangements. Some groups and leaders have a political interest in elevating tensions between groups. Rumors of bad actions by members of the other group lessen the resolve of group members to maintain their stance of solidarity. (Atul Kohli considers some of these mechanisms in India in Democracy and Discontent: India's Growing Crisis of Governability.)

It seems apparent that the mechanisms and impulses towards fission are perennial and need to be contained if a multi-ethnic or multi-religious community is to be sustained over time. Work by scholars like Donald Horowitz (Ethnic Groups in Conflict) and Ashu Varshney (Ethnic Conflict and Civic Life: Hindus and Muslims in India) illustrate the historical processes through which mixed communities have broken down into ethnic violence. It would be very interesting to attempt to use agent-based modeling to model the workings of pro- and anti-solidarity mechanisms in a mixed population, along the lines of a public health simulation of disease, to evaluate the conditions that favor or disfavor the survival of community in a population incorporating a number of groups.