Asian Conference on the Philosophy of the Social Sciences 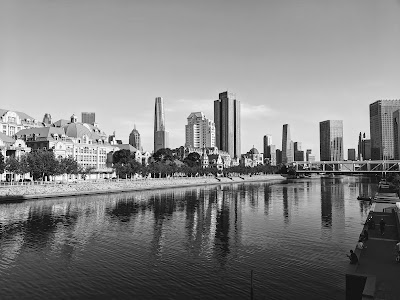 A group of philosophers of social science convened in Tianjin, China, at Nankai University in June to consider some of the ways that the social sciences can move forward in the twenty-first century. This was the Asian Conference on the Philosophy of the Social Sciences, and there were participants from Asia, Europe, Australia, and the United States. (It was timely for Nankai University to host such a meeting, since it is celebrating the centennial of its founding in 1919 this year.) The conference was highly productive for all participants, and it seems to have the potential of contributing to fruitful future thinking about philosophy and the social sciences in Chinese universities as well.

Organized by Francesco Di Iorio and the School of Philosophy at Nankai University, the meeting was a highly productive international gathering of scholars with interests in all aspects of the philosophy of the social sciences. Topics that came in for discussion included the nature of individual agency, the status of "social kinds", the ways in which organizations "think", current thinking about methodological individualism, and the status of idealizations in the social sciences, among many other topics. It was apparent that participants from many countries gained insights from their colleagues from other countries and other regions when discussing social science theory and specific social challenges.

Along with many others, I believe that the philosophy of social science has the potential for being a high-impact discipline in philosophy. The contemporary world poses complex, messy problems with huge import for the whole of the global population, and virtually all of those challenges involve difficult situations of social and behavioral interaction (link). Migration, poverty, youth disaffection, the cost of higher education, the importance of rising economic and social inequalities, the rise of extremism, and the creation of vast urban centers like Shanghai and Rio de Janeiro all involve a mix of behavior, technology, and environment that will require the very best social-science research to navigate successfully. And if anyone ever thought that the social sciences were simpler or easier than the natural sciences, the perplexities we currently face of nationalism, racism, and rising inequalities should certainly set that thought to rest for good.

When we undertake large technology projects we make use of the theories and methods of analysis about forces and materials that are provided by the natural sciences. This is what gives us confidence that buildings will stand up to earthquakes and bridges will be able to sustain the stresses associated with traffic and wind. We turn to policy and legislation in an effort to solve social problems. Public policy is the counterpart to technology. However, it is clear that public policy is far less amenable to precise scientific and analytical guidance. Cause and effect relationships are more difficult to discern in the social world, contingency and conjunction are vastly more important, and the ability of social-science theories to measure and predict is substantially more limited than the natural sciences. So it is all the more important to have a clear and dynamic understanding of the challenges and resources that confront social scientists as they attempt to understand social processes and behavior.

These kinds of "wicked" social problems occur in every country, but they are especially pressing in Asia at present (link, link). As citizens and academics consider their roles in the future of their countries in Japan, Thailand, China, or Russia, Serbia, or France, they will be empowered in their efforts by the best possible thinking about the scope and limits of various disciplines of the social sciences.

This kind of international meeting organized around topics in the philosophy of the social sciences has the potential of stimulating new thinking and substantial progress in our understanding of society. The fact that philosophers in China, Thailand, Finland, Japan, France, and the United States bring very different national and cultural experiences to their philosophical theories creates the possibility of synergy and the challenging of presuppositions. One such example came up in a discussion with Finnish philosopher Uskali Maki over my use of principal-agent problems as a general source of organizational dysfunction. Maki argued that this claim reflects a specific cultural context, and that this kind of dysfunction is substantially less prevalent in Finnish organizations and government agencies. (Maki also argued that my philosophy of social science over-emphasizes plasticity and change, whereas Maki holds that the fact of social order must be explained.) It was also interesting to consider with a Chinese philosopher whether there are aspects of traditional Chinese philosophy that might shed light on current social processes. Does Mencius provide a different way of thinking about the role and legitimacy of government than the social contract tradition in which European philosophers generally operate (link)?

So along with all the other participants, I would like to offer sincere appreciation to Francesco Di Iorio and his colleagues at the School of Philosophy for the superlative inspiration and coordination they provided for this international conference of philosophers.

Email ThisBlogThis!Share to TwitterShare to FacebookShare to Pinterest
Labels: philosophy of science