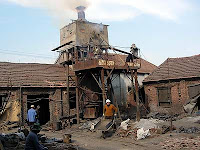 Contemporary China is a vivid demonstration of the fact that sociology is not a "finished" science. The processes of change that are underway in both rural and urban settings are novel and contingent. Existing sociological theory does not provide a basis for conceptualizing these processes according to a few simple templates -- modernization, urbanization, structural transformation, demographic transition. Instead, a sociology for China needs to engage in sustained descriptive inquiry, to untangle the many processes that are occurring simultaneously; and innovative theory formation, in order to find some explanatory order in the many empirical realities that China represents. The social reality of China is complex -- many separate processes are simultaneously unfolding and interacting; and it is diverse -- very different conditions and processes are occurring in different regions and sectors of Chinese society.

Consider one complex example, the wide and heterogeneous range of processes involved in the transformations of rural society: the explosive growth of a periurban sector that is neither city nor village; the rapid expansion of businesses and factories; the creation of an entrepreneurial social segment; the migration of tens of millions of people from rural areas to cities and from poor areas to more affluent areas; the emergence of new social groups in local society; the push-pull relationships between central government and regional and local government; the shifting policy positions of the central government towards rural conditions; the occurrence of social disturbances -- rural and urban -- over issues of property, labor, environment, and corruption; the rise of ethnicity as a political factor; various permutations of clientelism as a mechanism of political control; and the social consequences of family planning policies (e.g. skewed sex ratios). These are all social processes involving policy makers, local officials, entrepreneurs, farmers, workers, business owners, activists, and other agents; they are processes that have their own dynamics and tempos; they are processes that interact with each other; and they aggregate to outcomes that are difficult or impossible to calculate on the basis of analysis of the processes themselves.

In other words: we can't understand the current and future development of rural society in China based on existing theories of social change. Instead, we must analyze the current social realities, recognize their novelties, and perhaps discover some of the common causal processes that recur in other times and places. And we should expect novelty; we should expect that China's future rural transformations will be significantly different from other great global examples (United States in the 1880s, Russia in the 1930s, France in the 1830s, etc.).

I began by saying that China demonstrates that sociology is not a finished science. But we can say something stronger than that: it demonstrates that the very notion of a comprehensive social science that lays the basis for systematizing and predicting social change is radically ill-conceived. This hope for a comprehensive theory of social change is chimerical; it doesn't correspond to the nature of the social world. It doesn't reflect several crucial features of social phenomena: heterogeneity, causal complexity, contingency, path-dependency, and plasticity. Instead of looking for a few general and comprehensive theories of social change, we should be looking for a much larger set of quasi-empirical theories of concrete social mechanisms. And the generalizations that we will be able to reach will be modest ones having to do with the discovery of some similar processes that recur in a variety of circumstances and historical settings.

There are some excellent current examples of research on contemporary China that conform to this approach. Kevin O'Brien attempts to discover a mechanism of social protest in his theory of "rightful resistance"(Rightful Resistance in Rural China

); C. K. Lee identifies a set of mechanisms of mobilization in her treatment of "rustbelt" and "sunbelt" industries (Against the Law: Labor Protests in China's Rustbelt and Sunbelt

); and Anita Chan identifies some common mechanisms of the exploitation of immigrant labor in China's Workers Under Assault: The Exploitation of Labor in a Globalizing Economy. Each of these books is a positive example of the kind of sociological research that will shed the most light on China's present and future: empirically rich, theoretically eclectic, and mindful of contingency and multiple pathways as state, society, environment, and other social processes interact.
Posted by Dan Little at 8:28 PM