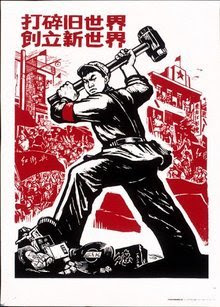 What is involved in understanding China's Cultural Revolution?

The question comes to mind for several reasons -- but most vividly because of a recent interview in France in the le nouvel Observateur with Song Yongyi. Song's personal itinerary is historic -- he was a "rebel Red Guard" in 1967, a political prisoner in China from 1970 to 1976, a librarian at Dickinson College in 1998, and a prisoner in China again in 1999 for six months for the "crime" of collecting documents about the Cultural Revolution. (See his website at California State University at Los Angeles.) Song is in the middle of creating a large database on the events of the Cultural Revolution, including especially an effort to document the killings and massacres that occurred during this period. Song estimates, for example, that more than 50,000 people were killed during the purge of the Mongolian Communist Party alone, and he attributes to an internal party document a figure of 1.72 million deaths during the period of the Cultural Revolution.

The question is interesting for UnderstandingSociety because it has to do with historical knowledge and understanding. A vast amount has been written about the Cultural Revolution -- by western scholars and by Chinese people who participated in the CR or were victims of its violence. We have both first-hand stories and careful academic scholarship that document many aspects of this period of China's recent history. So in one sense, we are in a position to know a lot about this period of China's history. And China scholars have asked the "why" question as well -- why did it take place? For example, Roderick MacFarquhar's multivolume history of the period, culminating in Mao's Last Revolution

We might want to say, then, that the history of the Cultural Revolution has been written.

But as Song Yongyi demonstrates, this would be incorrect, in two ways. First, the scope of the violence and the ways in which it was perpetrated -- the military and political institutions that were involved deeply in the transmission of the violence across China -- these factual aspects of the period of 1966-76 are still only partially known. And there is reason to believe that the remaining areas of ignorance are likely to substantially change our interpretation of the events. In brief, it seems likely that the scope of violence and killings is substantially greater than what historians currently believe, and the degree of deliberate political control of the instruments of disorder is greater as well. So the simple factual question, what happened?, is still to be answered in many important areas. More would be known if the authorities were to make the official archives available to scholars; but this has been a highly sensitive and secretive subject since 1989.

Even more important than the factual story, though, is the explanatory story. We don't yet have a good understanding of why this period of upheaval took place; what the social and political causes were, what the institutions were that facilitated or hindered the spread of disorder, and how these events aided or impeded the political agendas of powerful figures and factions in China. (When you visit the summer palace and Buddhist temples in Chengdu, for example, the guides tell you that these structures survived the destruction of the Red Guards because Deng Xiaopeng maintained control of the military in this region and gave orders to protect these historical structures.)

So the history of the Cultural Revolution still remains to be written. And this fact presents us with a very real question of historical epistemology: how much can we ultimately know about a vast and important event, for which there are voluminous archival sources and surviving witnesses? Can we hope to come to a "final" and approximately true interpretation of these events? And can we learn something important about social movements and political institutions from this history?
Posted by Dan Little at 1:00 PM