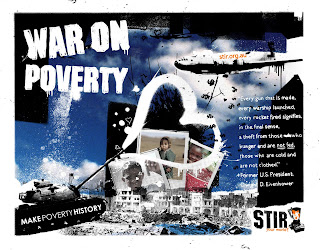 Poverty is an important social fact in virtually every society. What is involved in knowing about poverty -- for the citizen, for the poor person, for the social scientist, the historian, and the novelist?

To start, there is a set of descriptive and analytical features of poverty. How do we define the concept of being poor: is it a specific income level in a specific country or region; is it a specific level of deprivation in terms of access to a defined set of basic goods; is it a threshold level of resources necessary to actualize one's capabilities?

And then we want to know the facts about the disribution of poor people, geographically and demographically. What is the percentage of poor people in urban locations? How much rural poverty is there? How do poverty rates compare across major social groups (race, age, marital status)? And how have these statistics changed over time? We could imagine presenting this body of knowledge as a compact set of dynamic maps and graphs, representing the large body of data in terms of a series of displays over time and space -- for example, CensusScope. (Edward Tufte's work comes to mind here -- visit his website and an early, direction-setting book, The Visual Display of Quantitative Information, 2nd edition 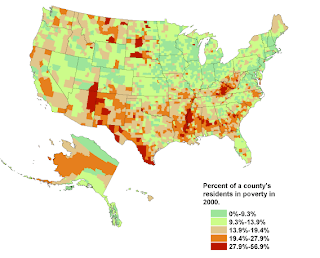 Parallel to this factual and statistical knowledge about the distribution of poverty over a population is the sociological question, what are the social mechanisms that give rise to these patterns and trends? What kinds of factors cause some populations to have a persistent and high rate of poverty, while other populations experience much lower rates?

Another and distinct aspect of "knowing poverty" has to do with getting to the experience of being poor. This is partly a question for ethnography -- how do poor people struggle and cope?How do they experience their daily lives? And how do they express their experiences? But it is also an attempt to gain a clearer grasp of the situation of being poor -- what it means for everyday nutrition, how it affects options when illness or accident arises. Sociologists with an ear for qualitative investigation and conversation have bee able to capture a lot of this (Sennett and Cobb, The Hidden Injuries of Class; Richard Sennett, The Craftsman

.) So making an effort to gain an understanding of the situation and experience of being poor is an important aspect of knowing poverty.

And how are non-poor people able to gain some knowledge of the situation and experience of being poor? This is where the knowledge of literature comes in; through the ability of the poet or fiction writer to vividly and accurately capture something of the lives and thoughts of people in very different circumstances than one's own. This is an important aspect of a multicultural pedagogy: finding materials that permit students to immerse themselves in the texture of other people's experiences of the world.

Now, finally, citizens. Poverty, it seems, is largely invisible to middle class people in the United States. Their knowledge of the basic facts and insights mentioned above is extremely limited. Here the problem isn't research or pedagogy. It is clear enough how the Detroit Free Press or the Atlanta Constitution could present the basic facts about national or regional poverty on a clear and understandable form. Instead, the problem seems to be a cognitive version of myopia. The social circumstances that confront us up close, and that are likely to influence our basic interests, get our focused attention. But all too often, more distant social problems don't get a second look. And this seems all too often to be the case for poverty.

Don't you think you ought to give some thought to your basic "assumptions"? The monetary system and complex of social relations that you live in as a Western "modern" is NOT "universal". Primitive Oceanic tribesmen are not "poor" intrinsically, neither are let's say Luddites..They are only "poor" inside your viewpoint, where "money" and "the distribution of western commodities" is a given.

mainly in africa people tend to be materialistic and still count themselves as poor yet others have nothing to eat and dont complain since they have resigned themseves to poverty levels they are either or not comfortable with,quantifying poverty is hard since nobody wants to be classified as poor even though it sometimes evident through the lifestyles exhibited .

I am writing a guest post for a friend's blog and will be using some of your information and linking it to you blog. Your posts have been very helpful. Thanks. Bette A. Stevens