The Perestroika debate in political science 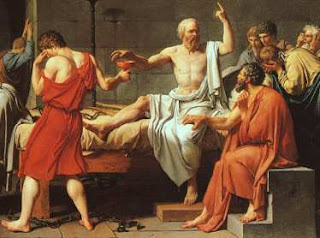 A debate has been raging in the discipline of political science for at least a decade, over the nature of the scientific status and methods of the discipline. Fundamentally, the "dissidents" argue that a narrow and "scientistic" conception of what good political science research ought to look like has reigned and has repressed other, more pluralistic approaches to political science research. The formal methods of rational choice theory, game theory, and statistical analysis prevail, and the more narrative approaches associated with comparative research, area studies, and qualitiative research have been marginalized. And, the critics maintain, the flagship journals of the discipline and the tenure committees of the leading departments converge in maintaining this orthodoxy within the discipline. (Kristen Renwick Monroe has edited a valuable collection that gives the reader a pretty good understanding of the origins and faultlines of the debate; Perestroika!: The Raucous Rebellion in Political Science).

One of the central issues is this: what should a science of politics involve? What form of knowledge should political science produce? What is the role of universal laws or regularities in political science? How important are predictions?

Another key issue, related to the first, is the issue of the methodology of research that ought to be favored. Should quantitative methods be preferred? Should stylized assumptions be offered as the basis for formal rational-choice models of various forms of political behavior? What role should ethnographic research or case-study research play in the discovery of social-science knowledge?

Sanford Schram identifies some of the strands of the Perestroika critique in these terms: "Some focus on the overly abstract nature of much of the research done today, some on the lack of nuance in decontextualized, large-sample empirical studies, others on the inhumaneness of thinking about social relations in causal terms, and still others on the ways in which contemporary social science all too often fails to produce the kind of knowledge that can meaningfully inform social life" (Monroe : 103).

One of the most useful contributions to the Monroe book mentioned above is an essay by David Laitin. He takes issue with Bent Flyvbjerg's book, Making Social Science Matter: Why Social Inquiry Fails and How it Can Succeed Again, and his advocacy of "phronesis". Laitin characterizes the method of phronesis as one that is sensitive to context and that pays close attention to the singular and specific features of a particular social process -- for example, the positioning that occurs as a city decides on its economic development strategy. So the method of phronesis is intentionally not aiming to discover regularities across a set of instances, but rather to uncover some specific features of a particular ongoing process.

Laitin argues that this approach is too narrow a foundation for social-science knowledge. He assimilates the phronesis method to what he calls a "narrative" approach; and he argues that good social science needs to use a three-fold methodology. Investigators should make use of the tools of narrative analysis; but they also need to use statistical methods (quantitative analysis across cases) and formal modeling (models of complex social situations based on assumptions along the lines of rational choice theory). Laitin refers to this approach as a "tripartite" method of comparative research.

Where does the philosophy of social science fit into this debate? I suppose that the philosophy of social science I have advocated has quite a bit in common with the criticisms raised by the Perestroikans. My views emphasize the contingency of social processes, lack of social regularities, multiple conjunctural causes at work, plasticity of social institutions, the value of ethnographic work, and the need for a plurality of methods of inquiry and explanation in the social sciences. And these views are at odds with the natural-science assumptions about how social phenomena ought to be investigated that the Perestroika group is criticizing. And some of the researchers whom I admire most deeply -- James Scott, Charles Tilly, Benedict Anderson, Theda Skocpol, or Susanne Rudolph -- are cited in the original Perestroika manifesto! At the same time, I am committed to the idea of empirical rigor, causal explanation, and making a connection between social science knowledge and practical social problems -- a set of views that are post-positivist but still in the tradition of enlightened empiricism, and opposed to the currents of post-modern jargon that are sometimes mixed into the debate.

So the task is clear: to formulate a conception of social-science research and knowledge that preserves the values of empirical rigor and theoretial clarity, while embracing a pluralism that will permit the formulation of social-science knowledge adequate to the social world and social problems we find around ourselves. The Perestroika debate is an important one, and can help us better in the task of understanding society.
Posted by Dan Little at 7:25 PM

The cite of Schram's chapter in this post remindes me of the paper he wrote with Soss in the APSR - A Public Transformed? Welfare Reform as Policy Feedback (2007), which I think embodies the combination of quantitative and qualitative methods that you seem to embrace. In my opinion, it's one of the most interesting articles written in a long time.

- Not Soss or Schram

I've always thought that the realist philosophy of science (critical or scientific) has done a nice job of incorporating some of the most trenchant critiques of positivism without giving up on the idea of scientific knowledge, the subject/object distinction.