Tony Judt on memory and myth in the twentieth century 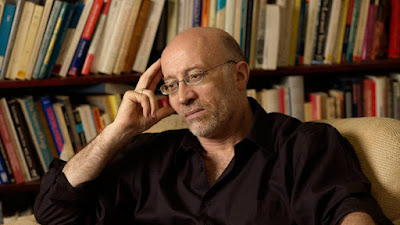 One of the historians whose work I greatly appreciate is Tony Judt. I've posted about his seminal book about Europe after World War II (Postwar: A History of Europe Since 1945 (link, link)) and his history of the French left in Marxism and the French Left: Studies on Labour and Politics in France, 1830-1981) (link). Some of his most penetrating reflections about twentieth century European history are developed in his essay, "The Past is Another Country: Myth and Memory in Postwar Europe", published in Deák, Gross, and Judt, The Politics of Retribution in Europe (lightly revised from original publication in Daedalus in 1992). Judt's premise is that postwar "Europe" as a complex of values and common identities cultivated since World War II is founded on a grave self-deception and amnesia in the representation upon which it depends concerning issues of responsibility for atrocity, genocide, and collaboration. And Judt believes that these comfortable "mis-tellings" of the story of the 1930s-1950s unavoidably lead to future contradictions in European politics and harmony.

The new Europe is thus being built upon historical sands at least as shifty in nature as those on which the postwar edifice was mounted. To the extent that collective identities—whether ethnic, national, or continental—are always complex compositions of myth, memory, and political convenience, this need not surprise us. From Spain to Lithuania the transition from past to present is being recalibrated in the name of a “European” idea that is itself a historical and illusory product, with different meanings in different places. In the Western and Central regions of the continent (including Poland, the Czech lands, Hungary, and Slovenia but not their eastern neighbors), the dream of economic unity may or may not be achieved in due course. (317)

Further, Judt believes that the self-deceptions and false memories created during and especially after the Second World War are a key part of this instability.

I shall suggest that the ways in which the official versions of the war and postwar era have unraveled in recent years are indicative of unresolved problems that lie at the center of the present continental crisis—an observation true of both Western and Eastern Europe, though in distinctive ways. Finally I shall note some of the new myths and mismemories attendant upon the collapse of Communism and the ways in which these, too, are already shaping, and misshaping the new European “order.” (294)

Memories matter, and false memories matter a great deal. Consider the matter of "resistance to Nazi oppression". Judt finds that the romantic stories of resistance are greatly overstated; they are largely false.


Another way of putting this is to say that most of occupied Europe either collaborated with the occupying forces (a minority) or accepted with resignation and equanimity the presence and activities of the German forces (a majority). The Nazis could certainly never have sustained their hegemony over most of the continent for as long as they did had it been otherwise: Norway and France were run by active partners in ideological collaboration with the occupier; the Baltic nations, Ukraine, Hungary, Slovakia, Croatia, and Flemish-speaking Belgium all took enthusiastic advantage of the opportunity afforded them to settle ethnic and territorial scores under benevolent German oversight. Active resistance was confined, until the final months, to a restricted and in some measure self-restricting set of persons: socialists, communists (after June 1941), nationalists, and ultramonarchists, together with those, like Jews, who had little to lose given the nature and purposes of the Nazi project. (295)

Judt believes that the grand myths of the Second World War must be confronted honestly:


At this point we leave the history of the Second World War and begin to encounter the myth of that war, a myth whose construction was undertaken almost before the war itself was over. (296)

Here are the exculpatory myths that Judt believes to be most pervasive:

There is space here to note only briefly the factors that contributed to the official version of the wartime experience that was common European currency by 1948. Of these I shall list just the most salient. The first was the universally acknowledged claim that responsibility for the war, its sufferings, and its crimes lay with the Germans. “They” did it. There was a certain intuitive logic to this comforting projection of guilt and blame. After all, had it not been for the German occupations and depredations from 1938 to 1945, there would have been no war, no death camps, no occupations—and thus no occasion for the civil conflicts, denunciations, and other shadows that hung over Europe in 1945. Moreover, the decision to blame everything on Germany was one of the few matters on which all sides, within each country and among the Allied powers, could readily agree. The presence of concentration camps in Poland, Czechoslovakia, and even France could thus readily be forgotten, or simply ascribed to the occupying power, with attention diverted from the fact that many of these camps were staffed by non-Germans and (as in the French case) had been established and in operation before the German occupation began. (296)


Italy’s experience with fascism was left largely unrecorded in public discussion, part of a double myth: that Mussolini had been an idiotic oaf propped into power by a brutal and unrepresentative clique, and that the nation had been purged of its fascist impurities and taken an active and enthusiastic part in its own liberation. Norway, Denmark, the Netherlands, and Belgium were accorded full victim status for their wartime experience, and the active and enthusiastic collaboration and worse of some Flemings and Dutch stricken from the public record. (304)

This deliberate forgetting of national and citizen culpability all across Europe seems to be a part of contemporary Polish politics, coming to a head in the abortive 2018 Holocaust law (link). But Poland is not alone. Judt makes it clear that a very similar process of myth-making and forgetting has been a deep part of the narrative-making in the collapsed Communist states of eastern and central Europe.


The mismemory of communism is also contributing, in its turn, to a mismemory of anticommunism. Marshal Antonescu, the wartime Romanian leader who was executed in June 1945, defended himself at his trial with the claim that he had sought to protect his country from the Soviet Union. He is now being rewritten into Romanian popular history as a hero, his part in the massacre of Jews and others in wartime Romania weighing little in the balance against his anti-Russian credentials. Anti-communist clerics throughout the region; nationalists who fought along- side the Nazis in Estonia, Lithuania, and Hungary; right-wing partisans who indiscriminately murdered Jews, communists, and liberals in the vicious score settling of the immediate postwar years before the communists took effective control are all candidates for rehabilitation as men of moderate and laudable convictions; their strongest suit, of course, is the obloquy heaped upon them by the former regime. (309-310)

If I were to distill Judt's points into a few key ideas, it is that "history matters"; that oppressors and tyrants are invariably interested in concealing their culpability, while "innocent citizens" are likewise inclined to minimize their own involvement in the crimes of their governments; and that bad myths give rise eventually to bad politics -- more conflict, more tyranny, more violence. So the work of honest history is crucial to humanity's ability to achieve a better future.

Is there a lesson for us in the United States? There is indeed. We must confront the difficult realities of racism, nationalism, bigotry, and authoritarianism that have simmered throughout the decades and centuries in the United States, and that have broken into a boil under the Trump presidency. Tony Judt is right here: the myths of one decade become the action principles of the next.