The great threat to democracy 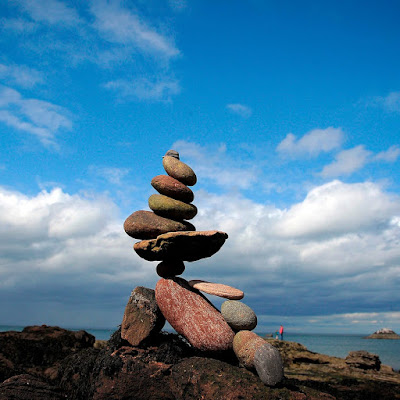 Democracies have fallen to strongmen, tyrants-in-waiting, bullies, thugs, spewers-of-bombast. But these powerful personalities are not the greatest threat to democracy today. The greatest threat is a loss of trust in the institutions and offices of a democratic society, on the part of the citizens of the democracy. And what are these institutions? Courts, judges, police; legislatures, representatives, agencies; election officials and procedures; tax authorities; presidents and governors.

Here is a recent Pew survey on trust in government that provides disturbing reading (link).

As the report emphasizes, the current period is a low point in public confidence in government since the 1950s, with over 75% of the public expressing trust and confidence in government during the Johnson administration and under 30% expressing trust in government during the Trump administration. (At present only 9% of Republican and Republican-leaning voters express trust in government.) Here is a similar report from the OECD reflecting 2019 data (link), indicating a similar but less drastic fall in trust in European democracies as well.
In 2014 John Tierney undertook to analyze variations in trust in government across the states of the United States (link). The variation across the states is striking, from North Dakota and Wyoming showing levels of trust in excess of 75% and Illinois at about 28%. And Tierney tries to identify some of the factors that would help explain this variation. (It would be very interesting to re-examine Tierney's analysis and the Gallup data for the past several years; it would seem likely that the data will have changed substantially since 2014.)

Why has there been such a precipitous decline in trust in our democratic institutions? This is not a mystery. Right-wing media, cynical politicians, lying youtubers, passionate conspiracy theorists ... anti-democratic activists and opportunists have taken every opportunity to undermine, discredit, and subvert our political institutions. Right-wing politicians, cable news pundits, and social media voices actively seek to further their own careers and fortunes by actively generating suspicion, doubt, and mistrust of virtually everyone they can. Tucker Carlson is only the most visible example of this cynical and dishonest approach.

Why is the odious and deliberate strategy of cultivating mistrust so invidious to the future of democracy? Because our democracy depends crucially on the endurance and fairness of our institutions; but it is clear that institutions have no underlying, enduring source of stability. There is no solid granite underlying the judiciary or the system of voting; an institution lacks a "skeleton". Unlike a towering modern building which maintains its integrity of steel girders long after its external architectural elements have degraded, an institution is more like a collective but real illusion. When we stop believing in the institution, it immediately begins to die. Institutions depend upon the continuing support and adherence of the individuals who fall within their scope. In a sense, institutions have more in common with the social reality of "money" than with that of a coral reef. In order for a paycheck for $1,000 to be real for me, I must also believe and understand that it is also real for other people -- and that 1/100 of that check will buy a meal for two at Wendy's and 1/4 of it will be accepted by my landlord as payment for a week's rent. Without that collective ongoing belief in money, the currency has no social reality whatsoever. But likewise -- citizens will engage in a system of voting only if they believe that the votes will be counted honestly and the candidate with the most votes will be sworn into office.

What does it take to sustain trust in an institution? One favorable feature supporting trust is institutional transparency. "Blind" trust is hard to sustain; trust is more stable when it is based on a continuing ability for participants to see how the institution is functioning, how its actions and outcomes are brought about, how its officials and staffers conduct their work. This is the reason for "sunshine" laws about public institutions. And the less gap there is between private and public reasons for action, the more reasonable citizens will have confidence in their government.

A related feature of a trustworthy institution is the reputation for integrity possessed by its officers. If most citizens in a state have a fairly direct personal relationship with a handful of legislators, and if they believe, based on their acquaintance, that these legislators are honest and committed to the public good, then they are more likely to have confidence in the institution as well. (This is one of the arguments made by Tierney in the 2014 Atlantic article mentioned above.) Conversely, if legislators engage in behavior that makes the citizen doubt their integrity (corruption, lying, conflict of interest), then citizens' trust in the institution is likely to fall.

A third feature of governments that instills trust in their citizens (highlighted by the OECD report above) is competence and effectiveness by government in performing the tasks needed to secure the common good. The OECD report summarizes its recommendations in these terms: OECD evidence shows that government’s values, such as high levels of integrity, fairness and openness of institutions are strong predictors of public trust. Similarly, government’s competence - its responsiveness and reliability in delivering public services and anticipating new needs - are crucial for boosting trust in institutions.
When governments fail in crucial tasks affecting the health and safety of large numbers of citizens -- for example in managing COVID vaccination programs, or administering disaster relief after natural disasters -- it is understandable that public trust in government would fall.
Several earlier posts (link, link, link) have explored the "moral emotions of democracy" and how to enhance them. Plainly, cultivating trust in our democratic institutions is an urgent need if our democracy is to survive. And, like a house of cards or a carefully balanced pile of field stones, our institutions will only be stable if there is a persistent pattern of mutual reinforcement among institutional rules, official behavior, and citizen awareness and trust in government.
(Pew has also done some important survey work on the challenge of regaining trust in democracy; link. Also of interest is a very interesting 2011 research conference paper by Juan Castillo, Daniel Miranda, and Pablo Torres exploring the connections that appear to exist between Social Dominance Orientation, Right-Wing Authoritarian Personality, and the level of trust individuals have in government; link. SDO and WRW are explored in an earlier post.)
(See Paul Krugman's very ominous diagnosis of the state of our democracy; link.)
Posted by Dan Little at 3:33 PM

And then again, the state we have is the state that the ruling class wants and has financed into office. Too, none of the elected officials who’ve led the nation into a state of decline forced their way into office. Each was elected or appointed by people who had been elected.
Too, any sort of democratic state needs to run on good faith to function and exist. The GOP has been actively opposed to this idea since at least the 1990s.

We (simple) humans aren't good with wicked problems, which then multiply upon themselves (exponential collapse..)