The "dis"-unity of social science 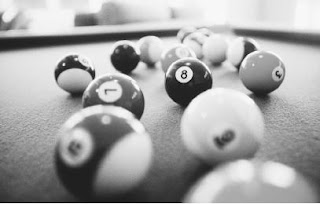 One of the central goals of Vienna Circle philosophy of science was the idea of the unity of science. The idea included at least two separable parts: methodological unity and unity of content under a single system of laws. On the methodological side there was the idea that the logic of explanation and confirmation should be the same in all the empirical sciences. If there were to be differences across disciplines, these should be heuristic rather than epistemic differences. (Jordi Cat provides an extensive discussion of the unity of science doctrine in an article in the Stanford Encyclopedia of Philosophy.) 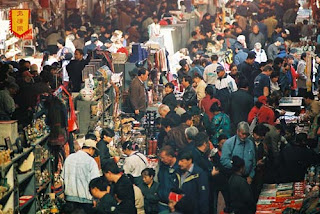 The more basic goal for unity was the idea of a single comprehensive theory that would, in principle, provide the foundation for the theories of all the special sciences. Physics was the intended foundation, and the goal was to demonstrate that all the fields of the natural sciences could be derived in principle from the laws of physics. For example, the hope was that the properties and laws of chemical elements and molecules should be derivable from fundamental physics.

The reasons for wanting to see a unified physical theory were a preference for parsimony and simplicity and a metaphysical conviction that all of nature must really derive from a single set of fundamental laws.

The fate of the unity of science doctrine can be pursued elsewhere. Here the question is whether there is a similar aspiration for the social sciences. The parallel principle could be stated along these lines: there should be some set of basic facts about individuals in social interactions that is sufficient to permit one to derive all varieties of social behavior, given relevant knowledge about context and boundary conditions.

The attractions of such a unified social science are the same as in the natural science case: parsimony, simplicity, and comprehensiveness. And, in fact, unifying theories for social explanation are sometimes advanced. The most thorough-going attempt is the effort by rational choice theory and microeconomics to unify all social action as the consequence of preference-maximizing individual rationality within constraints.

Attractive as this effort might be from an abstract or aesthetic perspective, it is profoundly misguided when if comes to understanding society. Social phenomena are not the law-governed consequences of a few underlying facts and features of individuals. Rather, they are the contingent and mixed results of an inherently heterogeneous set of motives, psychologies, and institutions. The fundamental problem is that the social world is not a system at all in the natural science sense. Instead, it is the contingent and dynamic sum of a variety of shifting processes and contexts.

A better metaphor for the social world -- better than the metaphor of a table of billiard balls governed by the laws of mechanics -- is a large urban flea market. The wares on sale on a particular Saturday are simply the sum of the accidents of circumstance that led a collection of sellers to converge on that particular day. There are some interesting regularities that emerge over time -- in the spring one finds more used lawnmowers and in times of dearth one finds more family treasures. These regularities require explanation. But they do not derive from some governing "law of flea markets" that might be discovered. Instead, the flea market and the larger society are, alike, simply the aggregate result of large numbers of actions, motives, circumstances, and structures that turn kaleidoscopically and produce patterned but non-lawlike outcomes.

So where does this take us with regard to "unified social science"? It leads us to expect something else entirely: rather than unity, we should expect eclectic theories, piecemeal explanations, and a patchwork of inquiries at a range of levels of description. Some explanatory theories will turn out to be more portable than others. But none will be comprehensive, and the social sciences will always remain open-ended and extensible. Instead of theoretical unification we might rather look for a more and more satisfactory coverage, through a range of disciplines and methods, of the aspects of the social world we judge most interesting and important. And these judgments can be trusted to shift over time. And this means that we should be skeptical about the appropriateness of the goal of creating a unified social science.

(See an earlier posting on "Coverage of the Social Sciences" for more relevant comments on this topic.)

Dan...I check this out fairly often. Learning a great deal.