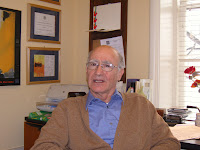 Sidney Tarrow is a gifted and prolific student of comparative politics. (Listen to my interview with Professor Tarrow.) He has spent much of his career trying to understand social movements, contentious politics, and the causes of differences in political behavior across national settings. And one of his special contributions is his ability to think clearly about the methods that social scientists use.

Tarrow attaches a lot of weight to the idea of "paired comparisons" as a method of research and discovery: Locate a few cases that are broadly similar in many respects but different in a way that is important, interesting, or surprising. Then examine the cases in greater detail to attempt to discover what explains the difference between the two cases. (One of his early books that employs this method is From center to periphery: Alternative models of national-local policy impact and an application to France and Italy.)

Nothing special turns on "pairs" here; what Tarrow is describing is really the logic of small-N comparative research. The point about the broad similarity that is the basis for choosing the cases follows from the logic of causation: if we presuppose that the outcome P is caused by some set of antecedent social and political conditions and we know that C1 and C2 have different outcomes -- then the more factors we can "control" for by finding cases in which these factors are constant, the better. This is so, because it demonstrates that none of the constant factors in the two cases are the cause of variation in outcome. And this limits our investigation of possible causes to the factors in which the cases differ.

If this sounds like Mill's methods of similarity and difference, that's appropriate -- the logic is the same, so far as I can see. Here is Mill's method of difference:

And in this case -- making the heroic assumption that A,B,C,D,E exhaust all possible causes of P, and that the cause of P is deterministic rather than probabilistic -- then we can infer that the presence of C causes P.

This reasoning doesn't take us to a valid conclusion to the effect that C is the only factor that is causally relevant to the occurrence of P; it is possible, for example, that there is a third case along these lines:

This would demonstrate that A is a necessary condition for the occurrence of P; withhold A and P disappears. And each of the other factors might also play a role as a necessary condition. So it would be necessary to observe as many as 32 cases (2^5) in order to sort out the status of A through E as either necessary or sufficient conditions for the occurrence of P. (The logic of this kind of causal reasoning is explored more fully in my essay, "An Experiment in Causal Reasoning," which is also published in Microfoundations, Methods, and Causation

But I don't think that Tarrow is intending to advance the method of paired comparison as a formal method of causal inference, along the lines of inductive or deductive logic. Instead, I think he is making the plausible point that this method should be understood as a part of an intelligent research strategy. Social processes are complex. We are interested in explaining variation across cases. And we probably have the best likelihood of discovering important causal relationships if we can reduce the number of moving parts (the other kinds of variation that occur across the cases).

Tarrow gives an example of the application of the method of paired comparisions in the context of his early study of the political fortunes of the Italian Communist Party (PCI) in the south of Italy. In this case the paired comparison involves northern Italy and southern Italy. Both are subject to the same national political structures; both populations speak Italian; both populations have an Italian national identity. However, the PCI was fairly successful in mobilizing support and winning elections based on a militant political program in the north, and was persistently unsuccessful in doing these things in the south. What explains the difference?

As Tarrow explains his reasoning, his expectation in conducting the research was a "structural" one. He expected that there would be large structural factors in post-war Italy -- features of economic and political institutions -- that would explain the difference in outcome for PCI political activism. And there were indeed large structural differences in social organization in the two regions. Northern Italy possessed an economy in which industrial labor played a key role and constituted a substantial part of the population. Southern Italy was agrarian and backward, with a large percentage of exploited peasants and only a small percentage of industrial workers.

But, very significantly, Tarrow now believes that these "structural" expectations are probably too "macro" to serve as the basis of social explanation. Instead, he favors the importance of looking at the dynamics of social processes and the specific causal mechanisms that can be discovered in particular social-historical settings. This means looking for causal factors that work at a more strategic and meso level. In terms of the southern Italian PCI outcome that he was interested in explaining thirty years ago -- he now believes that the causal mechanism of "brokerage" would have shed much more light on the political outcomes that were of interest in Italy. (This is the heart of the approach that he takes, along with Doug McAdam and Chuck Tilly, in Dynamics of Contention

This finding doesn't invalidate the heuristic of paired comparisons. But it probably does invalidate the expectation that we might discover large "structure-structure" patterns of causation through such comparisons. Instead, what the method facilitates is a more focused research effort on the part of the comparativist, in the context of which he/she can search out the lower-level causal mechanisms and processes that are at work in the various settings under study.
Posted by Dan Little at 8:44 AM