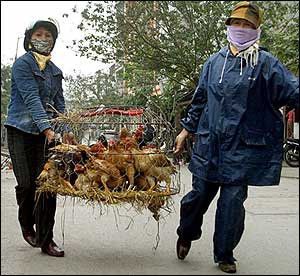 We often analyze the world around us in terms of large social forces and trends -- globalization, the rise of ethnic identities, the spread of global capitalism, the rise of China as a coming super-power. These large forces are the "folk theories" through which we try to make sense of the world as it changes around us. But do these constructs actually make sense from an analytical, social scientific point of view? Or are they more akin to the large supra-historical categories advanced by pseudo-historians such as Toynbee or Spengler?

One reason for drawing that last conclusion is a justified skepticism about large impersonal social causes. We need to know what the microfoundations are, the concrete local mechanisms through which any social force works -- and merely postulating that "the forces of globalization are producing more social unrest", for example, doesn't provide the necessary illumination at that level.

This critical concern comes along with another: the observation that "folk" concepts of large social forces (for example, "spread of extremism" or "globalization") often encompass a pretty wide and heterogeneous set of lower-level processes. Presumably globalization works differently in Australia, Kenya, and London. So the term is more of an umbrella than a specific theory of how the world works.

But all of this said -- is there any rigorous and scientifically justifiable use for the idea of large social forces?

I think there is such a use. The concerns just mentioned are entirely valid. But they don't exclude the possibility that there are some processes of change in the world that are large and systemic, and that do have the requisite degree of microfoundations at the disaggregated levels. The examples I can think of come largely from the economic realm, but I am sure we could come up with cultural and social examples too.

--- The global effects of the Great Depression in the 1930s. The stock market crash of 1929 created financial and business consequences all over the United States. And the alterations in demand and price for commodities such as cotton or coal had consequences throughout the world. Small peasant farmers in North China were forced to reconfigure their cropping regimes as a result of events that took place on Wall Street. So we can say that the Great Depression was a large social force and one whose consequences were global in scope.

--- The Asian financial crisis of 1997 likewise created a cascading series of effects that were eventually felt everywhere in the world.

--- The SARS epidemic of 2002-2003 was an example of the possibility of global pandemic caused by the rapid transmission of exposure from China to Canada through the air travel system.

In each case we have an example of a large social cause. And we have a good understanding of the "transmission belt" through which these local events can have global consequences. It is the degree of integration among separate agents and groups that is created by national and global markets, communications systems, and transportation systems. Markets have foundations that are both global and local. They signal future events to millions of independent actors throughout space. These actors modify their behavior. And these shifts in turn create new market situations. So the rapid transmission of information, people, and products constitutes the microfoundational account that is needed for asserting the large social force.

There are similar stories that can be told for the transmission of ideas and cultural variations -- e.g. new forms of Christian or Muslim activism. (Stephen Greenblatt has some great examples of the transmission of cultural ideas in Marvelous Possessions: The Wonder of the New World.)

So the forces of globalization are real enough. And they depend upon mechanisms of transmission that create a systemic interdependence of behavior in widely separated places. Moreover, the examples give us an idea about how to characterize the idea that "globalization is changing the world." We can break this claim down into the idea -- an empirical one -- that asserts that there is a rising level of integration across societies, achieved by communications systems, transportation systems, and economic interdependency, through which the actions of people in Indonesia and the UK are much more systemically interconnected than they were a century ago. The analytical task is to be as specific as possible in identifying the pathways through which global influence of a factor is achieved, and not to engage in lazy thinking about big social forces that we really don't understand.
Posted by Dan Little at 1:03 PM