Logistics as a historical force

The constraint of what people can do often plays a large role in what they actually do. The study of logistics is the study of constraints. Logistics has to do with the intersection of resource, activity, space, and time. A plan is an orchestrated sequence of activities over space and time, provisioned by appropriate resources as needed. Historical actors orchestrate their actions in terms of extended plans -- which means that they pay extensive and detailed attention to logistics. And historians need to do so as well.

One common species of historical question is, "Why did the agent do such-and-so?" Why did Napoleon's invasion of Russia fail so formidably? Why did Charles Martel infeudate his central power? Why did Napoleon III fail to respond with effective military action to the Prussian invasion of France in 1870? Why did Alexander the Great avoid the direct route through the Thar Desert? Analysis of constraints is often critical to being able to answer these questions.

In each case logistics comes into the explanation at a more or less evident level. The historian's first impulse is to ask the question of purpose and plan: what was the agent intending to accomplish? How was the observed course of action an intelligent solution? When there is no apparent rational explanation, the historian may then retreat to "miscalculation" or error. But choice always involves an assessment of constraints, and this is where logistics come in. What looks like error may actually be a rational adjustment to constraint. The point here is that logistical obstacles or difficulties are often a hidden factor on the agent's choice -- and these factors may ultimately dictate a strategy or plan that looks otherwise irrational. And historians sometimes give these constraints too little attention. 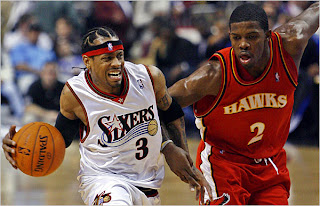 Logistics is relevant to a wide range of complex social action. Take, for example, the difficult chess match involving two NBA coaches during a forty-eight minute basketball game. Each coach makes a series of substitutions throughout the game. Some are dictated by "match-up" -- getting the right defensive players on the floor given the current offensive set of the opponent. But some of the choices may appear dumb in the eyes of the duffer fan -- "why did he take Iverson out now exactly when he's on a run?" And often, I think, the answer is logistics. Each player has a finite amount of energy and spring in his legs. And each has a finite allotment of personal fouls to give. So the coach's task, in part, is to manage substitutions in such a way as to make maximum use of his star players over the full forty-eight minutes. It doesn't help much to have built up a 10 point lead with four minutes to go if the top scorer and rebounder are out of gas. And this is a logistics problem. 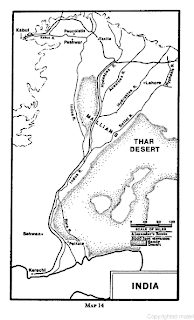 A more serious example -- what about Alexander the Great in his celebrated and brilliant conquest of the world? Why did Alexander make the sometimes puzzling strategic and tactical decisions he made through his campaigns? The answer, according to Donald Engels, is logistics (Alexander the Great and the Logistics of the Macedonian Army

). As Engels puts the point, "When the climate, human geography, physical geography, available methods of transport, and agricultural calendar of a given region are known, one can often determine what Alexander’s next move will be." Engels provides careful calculations of fodder, the number of horses needed to provision and feed the Macedonian army, and the rate of speed attainable by such an army -- and finds that Alexander's choices were generally well suited to the logistical constraints and his larger strategic goals.

The study of transportation technology as a historical factor certainly falls within the general topic of "logistics as a historical cause." (See Transportation for more extensive treatment of this topic.) Transport systems like rail networks provide specific opportunities and constraints on choice, and intelligent strategists make every effort to understand these well. So, correspondingly, the historian needs to do so as well if he/she is to explain the choices taken. (If you want to invade Burgundy from Frankfurt in 1860, don't plan to move your army by train. And if you plan to invade Russia by rail in 1910, be prepared for the change of gauge at the frontier.)

Military historians generally pay careful attention to logistical factors as they attempt to understand military choices and strategies. But analysis of resource-time-space-activity factors probably receive less attention in other parts of historical and social research than they should.

Where does the concept of logistics fit into the concepts we use to analyze historical processes and actions? Some historians might say that it is a minor and peripheral analytical tool. But seen properly, I would say that the notion of logistics is actually a key concept that ties together the complex and extended historical actions that we want to be able to explain. It is thus a central concept within an adequate historical ontology.

This point is relevant to historical research at two levels. First, it emphasizes the importance of incorporating a careful analysis of the agent's beliefs about the constraints he/she faces into the analysis of the eventual plans and choices. And second, at a more systemic level, it suggests that study of major logistical systems --transport, water management, urban infrastructure, the food system -- may have substantial value as a source of hypotheses about large historical causes. These systems structure the opportunities and constraints that face rulers and ordinary people alike, and they have the capacity of pushing development in one direction or another in a particular historical conjuncture. They therefore function as historical causes.

There may be a relationship between "logistics" and "maintenance", which I stumbled across during the course of a computerization project. Briefly, the bigger the project got as we programmed, the more time we had to devote to maintaining the system (bug fixes, user support, training, tweaks) and the less time we had to devote to our glorious dreams. I think it's a true phenomena in many areas--for example, Eisenhower's challenge after the breakout from Normandy, devote logistics to one thrust hoping for a coup de grace, or spread supplies around and accept the inevitable pause as you outrace your supplies.

Or in the third world, there were many road and railroad projects built without the network necessary to maintain them.