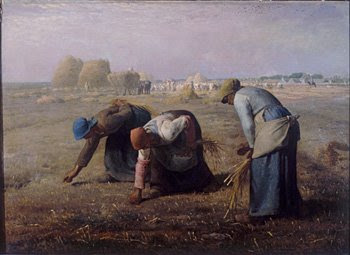 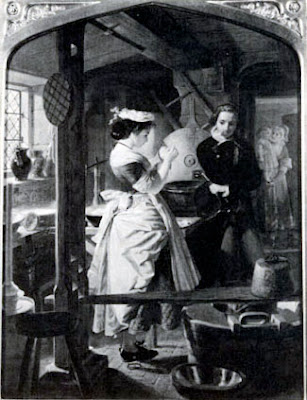 James Scott is a scholar who has shed more light on the mentality and agency of rural people than almost any other since the reinvigoration of peasant studies in the 1970s. Scott's book The Moral Economy of the Peasant: Rebellion and Subsistence in Southeast Asia

(1976) tried to understand peasant political behavior in southeast Asia through the lens of the norms of justice that were embodied in traditional village societies. His Weapons of the Weak: Everyday Forms of Peasant Resistance

(1987) further advanced his theorizing about the subjective side of class relations—the experience of subordination and the cultural vocabulary in terms of which subordination is lived in particular social circumstances. Here I'd like to reflect on one of his books that is less empirical but no less insightful into the consciousness of the subordinates -- Domination and the Arts of Resistance: Hidden Transcripts

(1992). This is a book about the experience of domination and indignity that power relations impose upon the powerless. As such it is an important step forward in James Scott’s efforts to provide a language in terms of which to understand underclass politics. Scott takes a big step forward here in helping us find a vocabulary and a more of representation for understanding the mentality of peasants, serfs, and other subalterns. How do they understand their social world? Scott offers a strikingly different interpretation of the social knowledge of the subordinate.

Scott’s central innovation in this work is his distinction between public transcripts (“the open interaction between subordinates and those who dominate;” p. 2) and hidden transcripts (“discourse that takes place ‘offstage,’ beyond direct observation by powerholders;” p. 4). Scott observes that there is a sharp divide between the behavior, language, and customs that dominated groups assume in public, and the language, jokes, and criticisms that structure their lives within the back streets, slave quarters, or rice paddies of their within-group experience.

Both public transcripts and hidden transcripts have effects on the everyday politics of power. The public transcript is a conventional pattern of speech for the dominated, a stylized public performance through which they adopt the forms of deference and respect for the powerful that are needed to avoid conflict with the powerful. But Scott maintains that this performance is only skin-deep. The dominated are by no means taken in by their own affirmations of the justice and good manners of their masters, and behind the scenes we may expect to hear much raucous laughing, merciless lampooning, and bitter criticism.

Offstage, where subordinates may gather outside the intimidating gaze of power, a sharply dissonant political culture is possible. Slaves in the relative safety of their quarters can speak the words of anger, revenge, self‑ assertion that they must normally choke back when in the presence of the masters and mistresses. (p. 18)

Scott aims to shed light on this hidden transcript, with the idea that an understanding of this level of consciousness of the dominated is much closer to the reality of their lived experience and provides a better basis for understanding their political behavior.

In addition to a varied set of empirical and historical sources, Scott also makes genuinely innovative use of literary works to better understand the hidden transcript. Scott has identified dozens of texts—works by George Eliot, George Orwell, Euripedes, Brer Rabbit, Milan Kundera, Jean Genet, Emile Zola, and many others—in which the divide between the public and hidden transcripts is directly at issue in the novel. These sources have evidentiary value; for example, Scott writes of George Eliot, “Such were Eliot’s powers of observation and insight into her rural society that many of the key issues of domination and resistance can be teased from her story of Mrs. Poyser’s encounter with the squire” (p. 7). But more important is their interpretive value. They permit Scott to communicate to the reader a vivid understanding of the way the hidden transcript works.

Scott’s contention that the hidden transcript is an open-eyed appraisal of existing relations of domination inevitably comes into conflict with theories of ideology and hegemony. Classical Marxist or Gramscian ideas about ideology suggest that dominated groups come to share the values and perceptions of the dominant group. Scott argues that what is taken as hegemony of dominant-group ideas is in fact often only an uncritical observation of the performance of the public transcript. Rather, he suggests that the dominated are perfectly capable of formulat­ing their own criticisms of the social relations in which they find themselves. “A combination of adaptive strategic behavior and the dialogue implicit in most power relations ensures that public action will provide a constant stream of evidence that appears to support an interpretation of ideological hegemony” (p. 70). This interpretation gives a much greater degree of agency and knowledge to the dominated.

Scott is one of the relatively few social scientists of the past forty years who have consistently offered us new concepts and frameworks in terms of which to understand the social reality we confront. "Moral economy," "weapons of the weak," and "hidden transcripts" are all conceptual innovations that have significantly altered the ways we have for understanding and analyzing the social realities associated with domination and resistance. And this is a very important contribution to the intellectual challenge of describing and explaining these complex social realities.

(Scott's most recent book, Seeing Like a State: How Certain Schemes to Improve the Human Condition Have Failed (1999), is also a tour-de-force; more on that in a subsequent posting.)
Posted by Dan Little at 10:54 PM

You might enjoy Timothy Mitchell's critique of Weapons of the Weak, and in particular Scott's use of the term hegemony. Cite is Mitchell (1990) "Everyday metaphors of power", Theory and Society. Mitchell tries to unpack the differences between persuading and coercing, power and legitimacy, resistance and acceptance. He argues that Scott reads too much resistance into the everyday acts of the peasants, and ignores the theoretical importance of the peasant's resignation to such small acts of resistance due to their belief in the inevitability of their exploitation. Such believed inevitability is hegemony, argues Mitchell, but hegemony does not mean passive acceptance (in this case) but rather an active resignation. The argument is nuanced and I'm not remembering it all clearly, so.. check it out!

Thanks, Dan. This is a good link. I think Scott's view in Domination and the Arts of Resistance goes a bit further than Weapons of the Weak, in that he postulates a more decisive separation between the public and hidden transcripts and a more deliberate and strategic effort at resistance. Does that make sense? Also, I wonder if you would agree that the enterprise of trying to establish a better vocabulary and theoretical framework for understanding the mental world of the dominated is a highly valuable one.