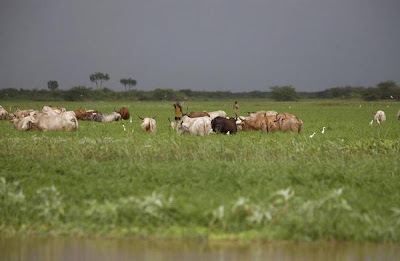 The new institutionalism in sociology is a particularly promising prism through which to understand a lot of social behavior and change. Victor Nee and Paul Ingram define the approach in these terms in "Embeddedness and Beyond" in The New Institutionalism in Sociology

Specifying the mechanisms through which institutions shape the parameters of choice is important to an adequate sociological understanding of economic action. These social mechanisms, we argue, involve processes that are built into ongoing social relationships -- the domain of network analysis in sociology. Yet, how institutions and networks combine to determine economic and organizational performance is inadequately theorized in the sociological study of economic life.

An institution is a web of interrelated norms -- formal and informal -- governing social relationships. It is by structuring social interactions that institutions produce group performance, in such primary groups as families and work units as well as in social units as large as organizations and even entire economies. (Nee and Ingram, p. 19)

The new institutional economics is essentially a marriage of the familiar assumptions of rational choice theory with the observation that “institutions matter”—that is, that the behavior of purposive individuals depends critically on the institutional constraints within which they act, and the institutional constraints themselves are under-determined by material and economic circumstances. So institutions evolve in response to the strategic actions of a field of actors. The paragraphs quoted above make it clear that the approach stipulates a very tight relationship between institutions and norms regulating behavior. The approach pays close attention to the importance of transaction costs in economic activity (the costs of supervision of a work force, for example, or the cost of collecting information on compliance with a contract). And it postulates that institutions emerge and persist as a solution to specific problems of social coordination.

Topics of central concern to the practitioners of the new institutionalism include principal-agent problems (the costs of assuring that one’s agents are performing their functions according to the interests of the principal); the design of alternative systems of property rights; collective action problems; and mechanisms of collective decision-making. In each instance the analysis is designed to illuminate the ways in which institutional arrangements have been selected (or have evolved) in such ways as to respond to an important element of transaction costs. It bears pointing out that this approach does not assume that “optimal” institutions emerge, since the actual institutions selected depend on the distribution of political power across groups and their antecedent interests. This point is richly born out in Robert Bates’s important arguments concerning government agricultural policies in other parts of Africa (Markets and States in Tropical Africa: The Political Basis of Agricultural Policies

Here is a striking example of a new-institutionalist analysis of a concrete sociological phenomenon: Jean Ensminger's account of bridewealth in the cattle-herding culture of Kenya (Making a Market: The Institutional Transformation of an African Society

). First, some background. The cattle-herding economic regime of the Orma pastoralists of Kenya underwent substantial changes in the 1970s and 1980s. Commons grazing practices began to give way to restricted pasturage; wage labor among herders came to replace familial and patron-client relations; and a whole series of changes in the property system surrounding the cattle economy transpired as well. This is an excellent example for empirical study from a new-institutionalist perspective. What explained the particular configuration of norms and institutions of the earlier period? And what social pressures led to the transition towards a more impersonal relationship between owners and herders?

Ensminger examines these questions from the perspective of the new institutionalism. Building on the theoretical frameworks of Douglass North and others, she undertakes to provide an analysis of the workings of traditional Orma cattle-management practices and an explanation of the process of change and dissolution that these practices underwent in the decades following 1960. The book puts forward a combination of close ethnographic detail and sophisticated use of theoretical ideas to explain complex local phenomena.

How does the new institutionalism approach help to explain the features of the traditional Orma cattle regime identified by Ensminger’s study? The key institutions in the earlier period are the terms of employment of cattle herders in mobile cattle camps. The traditional employment practice takes the pattern of an embroidered patron-client relation. The cattle owner provides a basic wage contract to the herder (food, clothing, and one head of cattle per year). The good herder is treated paternally, with additional “gifts” at the end of the season (additional clothing, an additional animal, and payment of the herder’s bridewealth after years of service). The relation between patron and client is multi-stranded, enduring, and paternal.

Ensminger understands this traditional practice as a solution to an obvious principal-agent problem associated with mobile cattle camps. Supervision costs are very high, since the owner does not travel with the camp. The owner must depend on the herder to use his skill and diligence in a variety of difficult circumstances—rescuing stranded cattle, searching out lost animals, and maintaining control of the herd during harsh conditions. There are obvious short-term incentives and opportunities for the herder to cheat the employer—e.g. allowing stranded animals to perish, giving up on searches for lost animals, or even selling animals during times of distress. The patron-client relation gives the herder a long-term incentive to provide high-quality labor, for the quality of work can be assessed at the end of the season by assessment of the health and size of the herd. The patron has an incentive to cheat the client—e.g. by refusing to pay the herder’s bridewealth after years of service. But here the patron’s interest in reputation comes into play: a cattle owner with a reputation for cheating his clients will find it difficult to recruit high-quality herders.

This framework would also suggest that if transaction costs change substantially (through improved transportation, for example, or through the creation of fixed grazing areas), that the terms of employment would change as well (in the direction of less costly pure wage-labor contracts). And in fact this is what Ensminger finds among the Orma. When villages begin to establish “restricted grazing areas” in the environs of the village, it is feasible for cattle owners to directly supervise the management of their herds; and in these circumstances Ensminger finds an increase in pure wage labor contracts.

New institutionalism is a particularly appealing sociological framework from the point of view of the philosophy of society involved here because it asks the right sorts of questions at the right level. The level of analysis is fairly close to the ground -- fairly proximate to the actions of socially embedded agents. And the questions that are posed are key: what social problems is a given set of institutions solving? How do these institutions relate to the purposive actions of individuals? And what are the social mechanisms that stabilize or destabilize a given institutional configuration at a certain point in time?
Posted by Dan Little at 10:08 AM

Your writing is fascinating. I will be a regular reader.

This is a new book? "New institutionalism" in econoimics has been around for at least 30 years, but is getting a bit faded because increasingly economists are shifting more to bounded rationality models. "Embeddedness" has been around in sociology since at least 1986 when Mark Granovetter introduced it, and it became the "new economic sociology," although the idea of embeddedness was arguably borrowed from the old institutionalist economists, notably Karl Polanyi, who was also the leader of the substantivist economic anthropologists.

So, the bottom line here is, just what the heck is new here, other than perhaps calling the old embeddedness idea the "new institutionalism of sociology"? Gag.

When does Ostrom's IAD framework fit into all this? She pushed forward this field on new institutionalism as much as anyone, no?