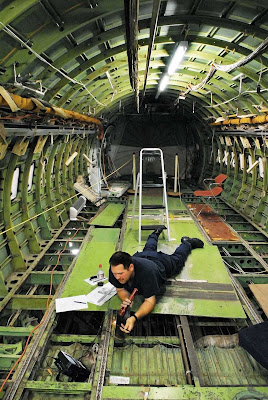 The idea that an institution is nothing more than a collections of norms, formal and informal, seems incomplete on its face. Institutions also depend on rules, procedures, protocols, sanctions, and habits and practices. These other social behavioral factors perhaps intersect in various ways with the workings of social norms, but they are not reducible to a set of norms. And this is to say that institutions are not reducible to a collection of norms.
Consider for example the institutions that embody the patient safety regime in a hospital. What are the constituents of the institutions through which hospitals provide for patient safety? Certainly there are norms, both formal and informal, that are deliberately inculcated and reinforced and that influence the behavior of nurses, pharmacists, technicians, and doctors. But there are also procedures -- checklists in operating rooms; training programs -- rehearsals of complex crisis activities; routinized behaviors -- "always confirm the patient's birthday before initiating a procedure"; and rules -- "physicians must disclose financial relationships with suppliers". So the institutions defining the management of patient safety are a heterogeneous mix of social factors and processes.

A key feature of an institution, then, is the set of procedures and protocols that it embodies. In fact, we might consider a short-hand way of specifying an institution in terms of the set of procedures it specifies for behavior in stereotyped circumstances of crisis, conflict, cooperation, and mundane interactions with stakeholders. Organizations have usually created specific ways of handling typical situations: handling an intoxicated customer in a restaurant, making sure that no "wrong site" surgeries occur in an operating room, handling the flow of emergency supplies into a region when a large disaster occurs. The idea here is that the performance of the organization, and the individuals within it, will be more effective at achieving the desired goals of the organization if plans and procedures have been developed to coordinate actions in the most effective way possible. This is the purpose of an airline pilot's checklist before takeoff; it forces the pilot to go through a complete procedure that has been developed for the purpose of avoiding mistakes. Spontaneous, improvised action is sometimes unavoidable; but organizations have learned that they are more effective when they thoughtfully develop procedures for handling their high-risk activities.

In fact, one of the central findings in the area of safety research is that the specific content of the procedures of an organization that engages in high-risk activities is crucially important to the overall safety performance of the organization. Apparently small differences in procedure can have an important effect on safety. To take a fairly trivial example, the construction of a stylized vocabulary and syntax for air traffic controllers and pilots increases safety by reducing the possibility of ambiguous communications; so two air traffic systems that were identical except with respect to the issue of standardized communications protocols will be expected to have different safety records. Another key finding falls more on the "norms and culture" side of the equation; it is frequently observed that high-risk organizations need to embody a culture of safety that permeates the whole organization.

We might postulate that norms come into the story when we get to the point of asking what motivates a person to conform to the prescribed procedure or rule -- though there are several other social-behavioral mechanisms that work at this level as well (trained habits, well enforced sanctions, for example). But more fundamentally, the explanatory value of the micro-institutional analysis may come in at the level of the details of the procedures and rules in contrast to other possible embodiments -- rather than at the level of the question, what makes these procedures effective in most participants' conduct?
We might say, then, that an institution can be fully specified when we provide information about:
And the distinctive performance characteristics of the institution may derive from the specific nature of the arrangements that are described at each of these levels.

provides a great discussion of many of these issues.)

Being an old institutionalist myself, I might suggest two critically important ideas:
games and roles.

Before getting distracted by all the post-1967 gamesmanship, I would point to the cybernetic concept of control as a game played against the universe. W. Ross Ashby's classic "Introduction to Cybernetics" wears well.
http://pespmc1.vub.ac.be/ASHBBOOK.html

At the other end of a spectrum, the most explanatory concept sociology ever came up with, roles. Humans are dramatic, story-telling animals, and institutions must bridge the gap between the human need and desire for dramatic meaning and the practical requirements of mechanical control functions. Roles in games provide the meaning; the game becomes an interface to control functional production processes.

I think the concept of "roles" and scripts is a useful one for understanding social action. I'm not quite sure how to conceptualize it -- is it a variant of norms and institutions, or is it a distinct theoretical construct about social behavior?