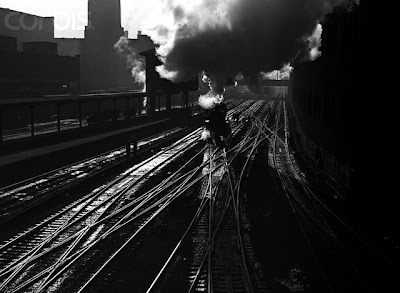 The subject of causal explanation in the social sciences has been a recurring thread here (thread). Here are some summary thoughts about social causation.

First, there is such a thing as social causation. Causal realism is a defensible position when it comes to the social world: there are real social relations among social factors (structures, institutions, groups, norms, and salient social characteristics like race or gender). We can give a rigorous interpretation to claims like "racial discrimination causes health disparities in the United States" or "rail networks cause changes in patterns of habitation".

Second, it is crucial to recognize that causal relations depend on the existence of real social-causal mechanisms linking cause to effect. Discovery of correlations among factors does not constitute the whole meaning of a causal statement. Rather, it is necessary to have a theory of the mechanisms and processes that give rise to the correlation. Moreover, it is defensible to attribute a causal relation to a pair of factors even in the absence of a correlation between them, if we can provide evidence supporting the claim that there are specific mechanisms connecting them. So mechanisms are more fundamental than regularities.

Third, there is a key intellectual obligation that goes along with postulating real social mechanisms: to provide an account of the ontology or substrate within which these mechanisms operate. This I have attempted to provide through the theory of methodological localism (post) -- the idea that the causal nexus of the social world is constituted by the behaviors of socially situated and socially constructed individuals. To put the claim in its extreme form, every social mechanism derives from facts about institutional context, the features of the social construction and development of individuals, and the factors governing purposive agency in specific sorts of settings. And different research programs target different aspects of this nexus.

Fourth, the discovery of social mechanisms often requires the formulation of mid-level theories and models of these mechanisms and processes -- for example, the theory of free-riders. By mid-level theory I mean essentially the same thing that Robert Merton meant to convey when he introduced the term: an account of the real social processes that take place above the level of isolated individual action but below the level of full theories of whole social systems. Marx's theory of capitalism illustrates the latter; Jevons's theory of the individual consumer ss a utility maximizer illustrates the former. Coase's theory of transaction costs is a good example of a mid-level theory (The Firm, the Market, and the Law

): general enough to apply across a wide range of institutional settings, but modest enough in its claim of comprehensiveness to admit of careful empirical investigation. Significantly, the theory of transaction costs has spawned major new developments in the new institutionalism in sociology (Mary Brinton and Victor Nee, eds., The New Institutionalism in Sociology

And finally, it is important to look at a variety of typical forms of sociological reasoning in detail, in order to see how the postulation and discovery of social mechanisms play into mainstream sociological research. Properly understood, there is no contradiction between the effort to use quantitative tools to chart the empirical outlines of a complex social reality, and the use of theory, comparison, case studies, process-tracing, and other research approaches aimed at uncovering the salient social mechanisms that hold this empirical reality together.
Posted by Dan Little at 12:42 PM

Sounds great... one thing I would like to hear more of, however, is the black box of psychology. Social causation assumes (or observes) that people are responsive- give them an incentive, and they respond. Give them a disincentive, ditto. But the connection between incentive and response is far, far, from understood, and as economists have learned much to their horror, people ain't rational in their responses (as individuals, but even more so as groups). I'm a fan of depth psychology, which couldn't be more at odds with the simplifying assumptions of economics and sociology.

You should have included a sixth postulate stating that any causal theory is essentially provisional in the sense that it can be undermined by the discovery of more fundamental causal mechanisms operating on a finer partition of the event space. This is true even for theories in Physics (e.g. a given particle theory can later be revised in favor of even more atomic particles that explain things differently) but it becomes more and more likely the further one gets from Physics - i.e. social and economic theories that operate society wide are especially vulnerable. An old, classic book which discusses this topic in detail is Wesley Salmon's _Causality and Explanation_.

Thanks for the comments. You're right to say that we need more nuanced theories of "agency" or practical agency; theories of motivation that are relevant to the choices people make when exposed to real problems in social, economic, and political life. What motivates a person to become a red-shirt activist in Thailand?

Thanks -- your point is valid that there are always additional causal questions we can ask when we're provided with a causal explanation. We can ask about the various causal factors cited, how they came to be in the time and place observed. And we can ask about the "micro-structure" of the mechanisms we've cited in the explanation. I'm not sure that this suggests that the existing explanation would need to be put aside, however. If we ask why the tea kettle makes a peculiar rustling sound as it approaches the boiling point -- the mechanism of turbulence may be enough even though there is a quantum-level description of the system that underlies the molar turbulence.

One of the most important points about the revision of a causal theory based on a finer partition is that it can completely reverse the direction of purported "causality". This phenomena is known in statistics as Simpson's Paradox (c.f. http://en.wikipedia.org/wiki/Simpson%27s_paradox )