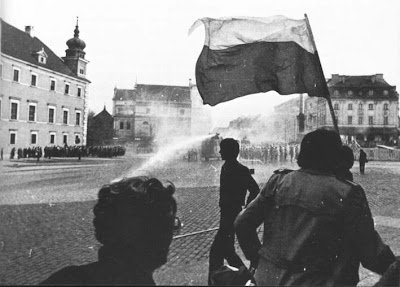 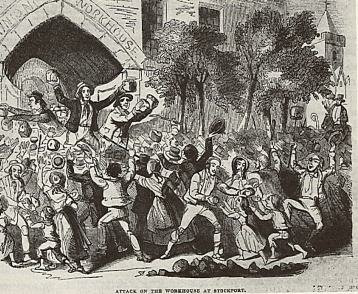 We live in a society that embraces the market in a pretty broad way. We accept that virtually all goods and services are priced through the market at prices set competitively. We accept that sellers are looking to maximize profits through the prices, quantities, and quality of the goods and services that they sell us. We accept, though a bit less fully, the idea that wages are determined by the market -- a person's income is determined by what competing employers are willing to pay. And we have some level of trust that competition protects us against price-gouging, adulteration, exploitation, and other predatory practices. A prior posting questioned this logic when it comes to healthcare. Here I'd like to see whether there are other areas of dissent within American society over prices.

Because of course it wasn't always so. E. P. Thompson's work on early modern Britain reminds us that there was a "moral economy of the crowd" that profoundly challenged the legitimacy of the market; that these popular moral ideas specifically and deeply challenged the idea of market-defined prices for life's necessities; and that the crowd demanded "fair prices" for food and housing (Customs in Common: Studies in Traditional Popular Culture). The moral economy of the crowd focused on the poor -- it assumed a minimum standard of living and demanded that the millers, merchants, and officials respect this standard by charging prices the poor could afford. And the rioting that took place in Poland in 1988 over meat prices or rice riots in Indonesia in 2008 are reminders that this kind of moral reasoning isn't merely part of a pre-modern sensibility.  (For some quotes collected by E. P. Thompson from "moral economy" participants on the subject of fair prices see an earlier posting on anonymity.)

So where do contemporary Americans show a degree of moral discomfort with prices and the market? Where does the moral appeal of the principles of market justice begin to break down -- principles such as "things are worth exactly what people are willing to pay for them" and "to each what his/her market-determined purchasing power permit him to buy"?

There are a couple of obvious exceptions in contemporary acceptance of the market. One is the public outrage about executive compensation in banking and other corporations that we've seen in the past year. People seem to be morally offended at the idea that CEOs are taking tens or hundreds of millions of dollars in compensation -- even in companies approaching bankruptcy. Part of the outrage stems from the perception that the CEO can't have brought a commensurate gain to the company or its stockholders, witness the failing condition of many of these banks and companies. Part is a suspicion that there must be some kind of corrupt collusion going on in the background between corporate boards and CEOs. But the bottom line moral intuition seems to be something like this: nothing could justify a salary of $100 million, and executive compensation in that range is inherently unfair. And no argument proceeding simply along the lines of fair market competition -- "these are competitive rational firms that are offering these salaries, and therefore whatever they arrive at is fair" -- cuts much ice with the public.

Here is another example of public divergence from acceptance of pure market outcomes: recent public outcries about college tuition. There is the common complaint that tuition is too high and students can't afford to attend. (This overlooks the important fact that public and private tuitions are almost an order of magnitude apart -- $6,000-12,000 versus $35,00-42,000!) But notice that this is a "fair price" argument that would be nonsensical when applied to the price of an iPod or a Lexus. People don't generally feel aggrieved because a luxury car or a consumer device is too expensive; they just don't buy it. It makes sense to express this complaint in application to college tuition because many of us think of college as a necessity of life that cannot fairly be allocated on the basis of ability to pay. (This explains why colleges offer need-based financial aid.) And this is a moral-economy argument.

And what about that other necessity of life -- gasoline? Public complaints about $4/gallon gas were certainly loud a year ago. But they seem to have been grounded in something different -- the suspicion that the oil companies were manipulating prices and taking predatory profits -- rather than an assumption of a fair price determined by the needs of the poor.

Finally, what about salaries and wages? How do we feel about the inequalities of compensation that exist within the American economy and our own places of work? Americans seem to accept a fairly wide range of salaries and wages when they believe that the differences correspond ultimately to the need for firms to recruit the most effective personnel possible -- a market justification for high salaries. But they seem to begin to feel morally aggrieved when the inequalities that emerge seem to exceed any possible correspondence to contribution, impact, or productivity. So -- we as Americans seem to have a guarded level of acceptance of the emergence of market-driven inequalities when it comes to compensation.

One wonders whether deeper resentment about the workings of market forces will begin to surface in our society, as unemployment and economic recession settle upon us.
Posted by Dan Little at 7:30 PM

"We live in a society that embraces the market in a pretty broad way."

But we also live in a society that expects a lot from govt. This tension will exist for quite some time, in my view. The Welfare State is a very robust and stable system. It should be, since it's an organic development of the market and politics. In some sense, the vast majority of us believe in it or accept it.

We have a Crony-Special Interest Dominated form of Welfare State. It generates a lot of talk, but very little movement, unless there's a crisis. Even then, as we're seeing, the changes will likely be small.

The issues you're raising are natural and appropriate in our system. I don't see them as questioning our system in any way, which is fine with me. The basic question that we still ask was put in this way by Burke:

"It is one of the finest problems in legislation, What the state ought to take upon itself to direct and what it ought to leave, with as little interference as possible, to individual discretion."

Although I follow Adam Smith in this credo from Gavin Kennedy:

"If anything, Smith’s admonition to his readers was to facilitate commercial markets where possible (clearly, in time, capital would become, and became, available for privately-financed, infra-structure projects), and also to utilize publicly-funded activities where necessary."

"All government, indeed every human benefit and enjoyment, every virtue, and every prudent act, is founded on compromise and barter we give and take; we remit some rights, that we may enjoy others"

What we are witnessing is less a battle of ideas than interests, dolled up with a patina of political theory. There are a number of changes that I'd like to see, but they won't occur unless they become fodder for some special interest groups.

"One wonders whether deeper resentment about the workings of market forces will begin to surface in our society, as unemployment and economic recession settle upon us."

I'm sure it will, and justly so. But without attaching itself to some current group with a modicum of power, it won't matter much.

As a shareholder, it's completely clear to me that executive compensation is corrupted. I simply have to look at the board election process. Every year, for each of the companies that I own stock in, I receive a proxy statement. I can choose to vote my own shares at the meeting, have someone else vote my shares as a proxy, or not vote.

As members of a fairly exclusive group, it's in their best interests to look out for each other. By raising executive salaries constantly, they help to ensure the increasing pay of their entire industry/class. The CEO they assist today is likely to scratch the Board member's back when the opportunity arises. They, in effect, have created a union, and have succeeded in "negotiating" higher pay for themselves than they would get in a free market.